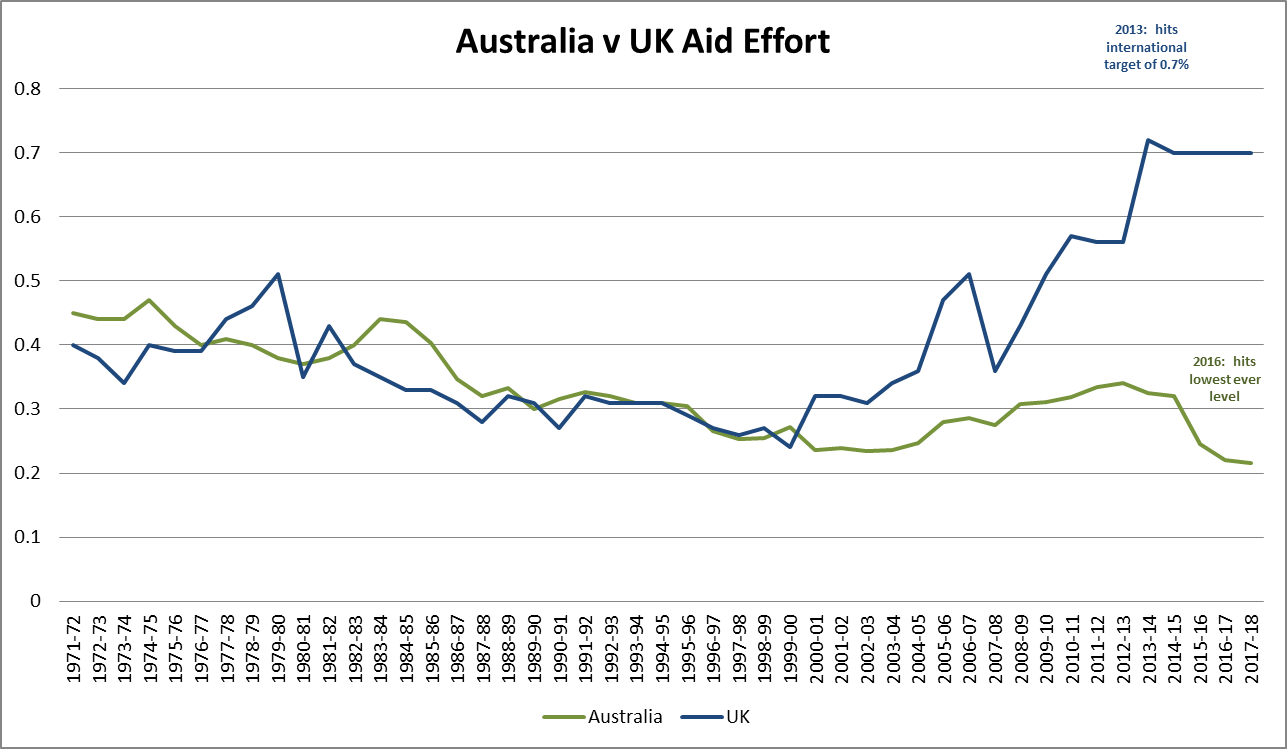 In the UK on Monday, a Bill to lock in the country’s commitment to foreign aid at 0.7% of GNI was given the go-ahead to become law, after passing its third reading in the House of Lords.

The Bill will make the UK the first G7 country to enshrine the 0.7% commitment in legislation, after it became the first of the group to reach the target for its aid budget in 2013.

Liberal Democrat MP Michael Moore put the Bill forward, and in the press release on its success, said that it would enable the country’s development partners to sustainably plan their work. He said the UK could now “move the debate forward” on aid to focus on effectiveness and transparency. While the move has been applauded by NGOs and is clearly a big victory for the groups involved in the campaign for this target, not everyone is happy, with some Tories criticising the decision at a time when defence spending is set to reduce. However, when the Bill went through the House of Commons in December for its third reading, there were only six votes against it, reflecting wide support from the country’s three main political parties (Labour, Liberal Democrats and Conservatives) which each endorsed the 0.7% target in their election manifestos in 2010.

Those of us in Australia, where aid is set to plummet to 0.22% of GNI by 2016-17, might look at the UK’s achievement with mixed emotions. The Treasurer himself last year repeatedly alluded to aid being an easy target for cuts precisely because it is not protected by legislation.

The chart below shows the difference between the Australian and UK aid efforts, as percentage of GNI (thanks to Oxfam Australia for compiling it). 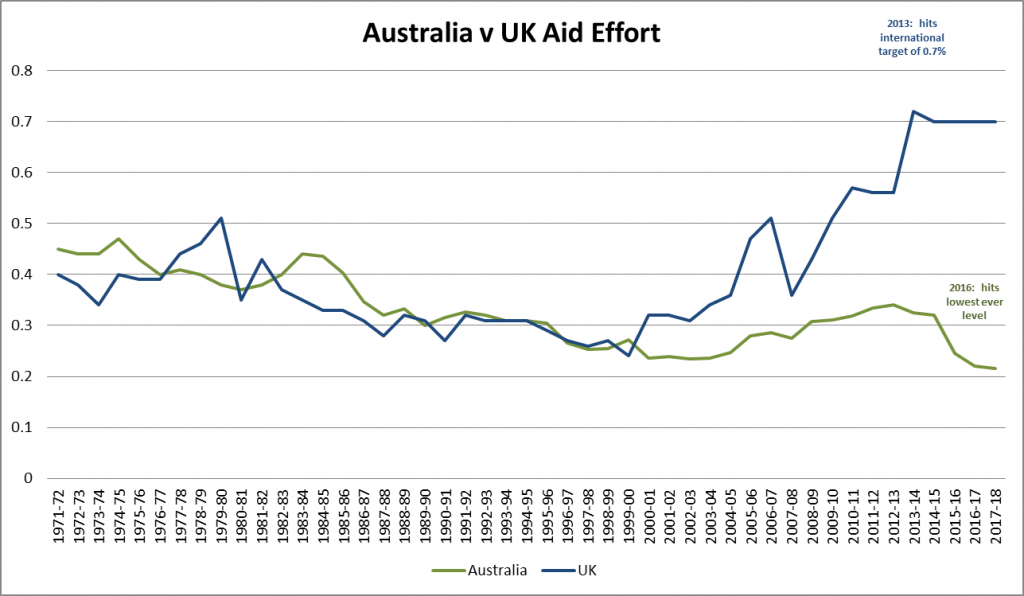