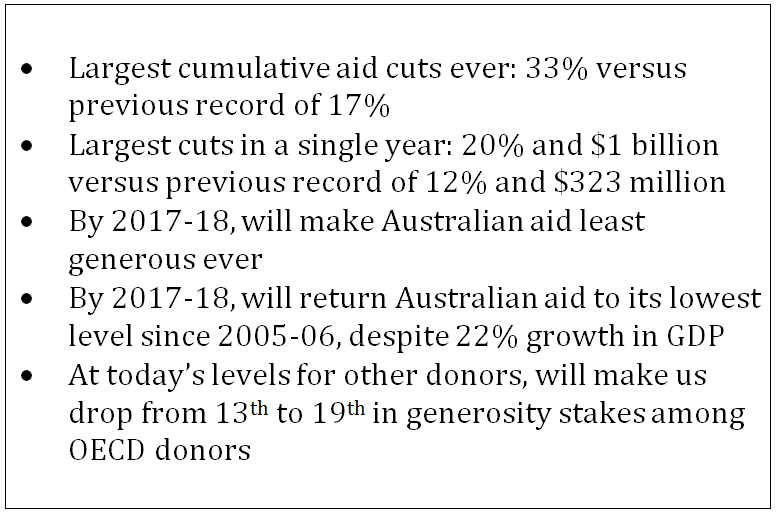 Today, the Government has announced through its Mid-Year Economic and Fiscal Outlook (MYEFO) the biggest aid cuts ever to the Australian aid program. After inflation the cuts, which continue to 2016-17, are 28% relative to this year. In 2016-17, aid will be 33% less than it was relative to the Labor’s final year of aid spending, that is, 2012-13. 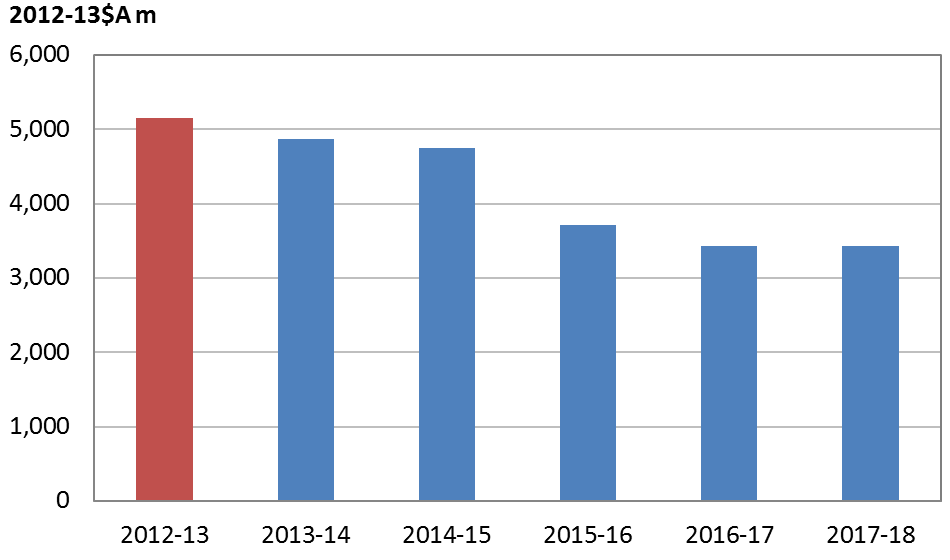 Note: All data, working and sources can be found in this spreadsheet. 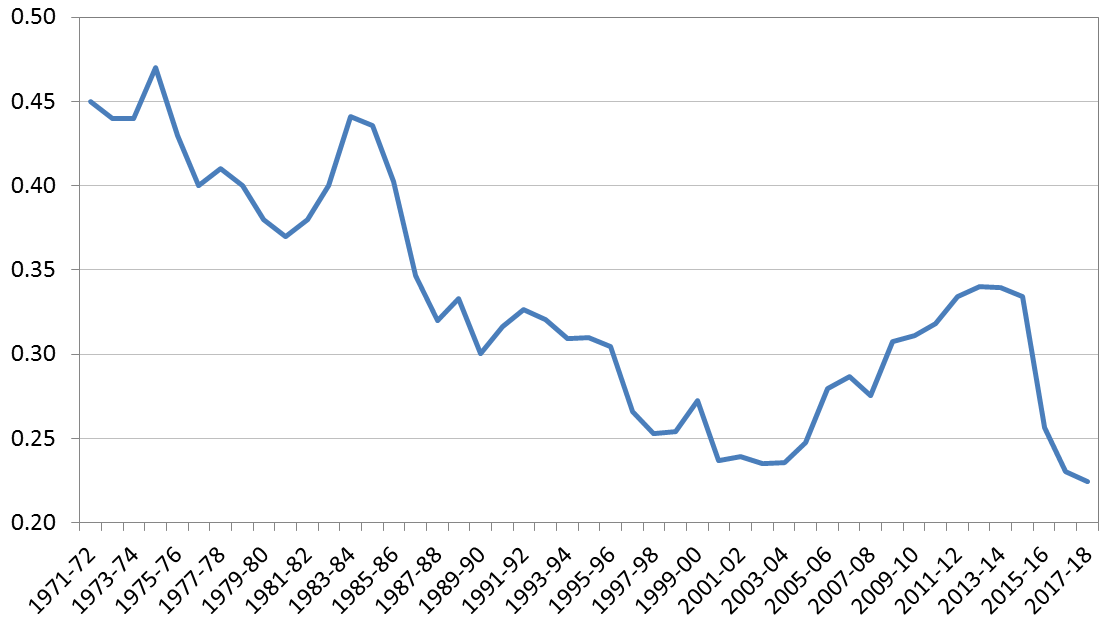 Aid at the levels envisaged will put us firmly in the less generous half of OECD donors. Most donors are keeping their aid more or less steady, and total aid from OECD countries actually reached an all-time high in 2013, even after inflation. We are currently the 13th most generous donor out of 28 OECD donors. At today’s levels for other donors, these cuts would make us the 19th most generous donor.

Why has the Coalition embarked on the biggest aid cuts ever, resulting in our least generous aid budget ever? The Government justifies this in the MYEFO by saying that it is returning aid to the level it was when we last had a surplus, but actually the cuts are slightly more than that, and this is a nonsensical argument in any case, as Anthony Swan has recently demonstrated.

Perhaps the real reason aid is being cut is because the last time it happened (in the May budget) it was the one budget cut that was popular. Will the Australian public oppose this cut? If we are serious about fairness, we must have a notion of it that extends beyond our borders.

These cuts will play havoc with the management of the aid program. Foreign Minister Julie Bishop promised assured funding and predictability for aid. That has now vanished. How do you cut another quarter from an already-pruned aid program? The aid program that emerges from the resulting slash-and-burn will be a very different beast. One can only guess, but PNG and Indonesia might be protected. That will leave major cuts for the Pacific and other East Asian countries, a savaging of aid to South Asia, the virtual end of our aid to Africa, and massive cuts to humanitarian and multilateral aid.

In the end, the cost of these cuts will be borne by the world’s poor. The World Food Program is able to fund its feeding programs for Syrian refugees only on a month-by-month basis due to budgetary constraints. A smaller aid budget will mean fewer refugees fed. Is that fair?

1. Comparisons of the $3.7 billion saved by these aid cuts and the $7.6 billion saved by the aid cuts in the May budget should be avoided. The MYEFO cuts are in fact much larger. The former figure was relative to a counterfactual of increasing aid, which may or may not have transpired. In any case, the only way to sensibly compare aid over time is by tracking historical and projected increases and decreases. The last budget would have produced a 10% real cut by 2015-16 compared to the pre-Coalition base of 2012-13. This MYEFO adds another 28% cut to this year’s base by 2016-17. Combined, they deliver a 33% cut by 2016-17 relative to 2012-13.

2. Multi-year aid cuts are defined as consecutive non-positive changes to aid over a period of years by the same government.