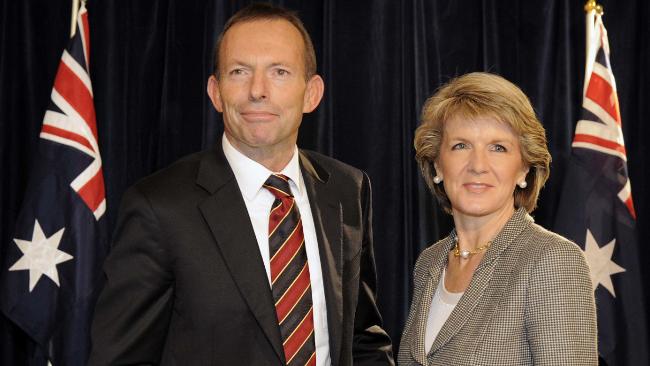 If it is said enough does it make it true?

The Labor Party and the Greens might want us to continue to borrow money to give it away, but we think we have a responsibility to our children and grandchildren to repair the budget, to build a stronger, more prosperous economy, to create opportunity for everyone to get ahead, but we are not going to continue to spend money [on foreign aid] that we have not got.

We can’t borrow money from overseas, just to send back overseas again.

[The government would not] borrow money to give it to people overseas.

It is stupid to go ahead and commit money that we’re just going to borrow from overseas to give back to people overseas. We’ve got to get into a sustainable economic position, we’ve got to live within our means.

…it simply reflects the reality that you can’t borrow money to spend on aid.

The Australian government is now in the ludicrous position of borrowing money overseas to send it back overseas as foreign aid.

I happen to think it doesn’t make a lot of sense for us to borrow money from the Chinese to go give to another country for humanitarian aid.

We’ve got to be cautious when we’re borrowing money from overseas to send back to overseas … because we’ve got to pay the money back.

While the statements were made over a period of nearly five years, they speak to the underlying philosophy of our current government and are highly relevant to the future of the aid budget given the desire of the Coalition to repair the budget and reduce government debt (see Figure 1). Failure to pass budget savings measures (reportedly $28 billion), a worse than expected deterioration in terms of trade, and new spending measures such as counter-terrorism and the war in Iraq, have added to the challenge of deficit reduction. 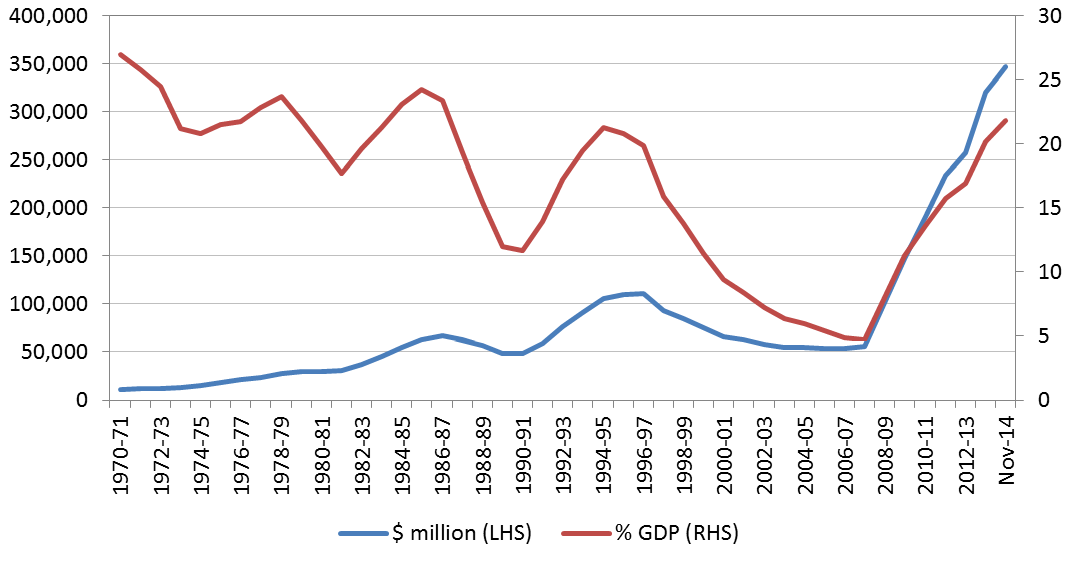 This worsening situation is on top of the May budget, which was light on spending cuts anyway (see Figure 4 here). What success the Coalition has had with its budget cuts has firmly centred on the aid budget: $7.6 billion over five years compared to the Government’s estimate of what Labor would have spent or 10 percent in real terms by 2015-16 relative to 2012-13. Indeed, in the run up to the release of the government’s MYEFO, Foreign Minister Julie Bishop has flagged the risk of further cuts to the aid program.

Are such cuts justified by the quotes listed above? 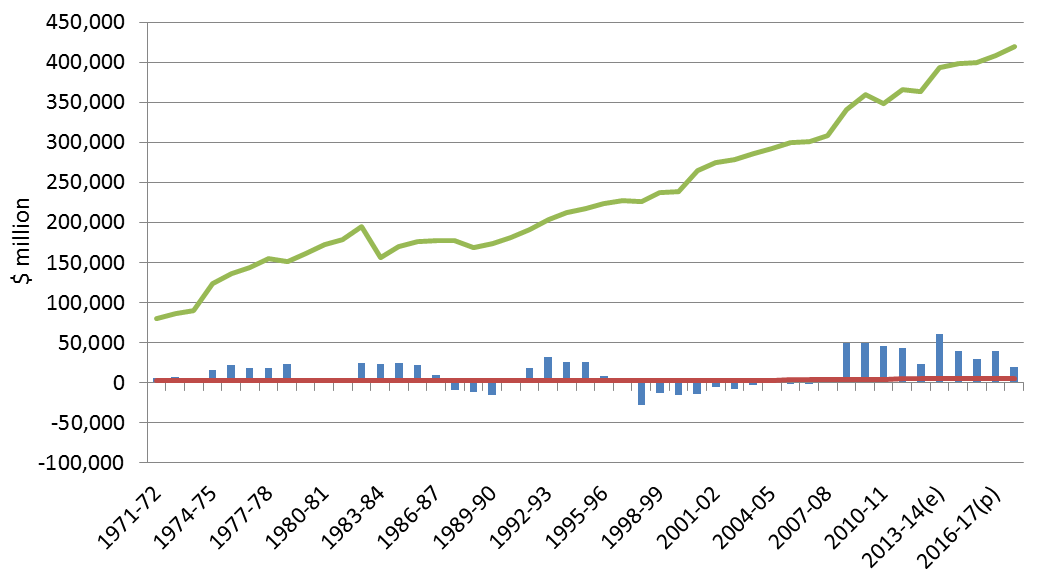 Moreover, the level of government revenue is not really fixed. Broadening of the tax base, ensuring an appropriate return on Australian non-renewable resources, and short term measures such as a deficit tax are all options for reducing government debt and deficit. Government borrowing is not necessarily linked to aid spending once both sides of the budget – revenue and expenditure – are considered.

Despite the above statements not making much sense, what would happen if they were actually implemented? Over 47 years (from 1971-72 to projections in 2017-18), the Australian government has increased or will increase its debt levels in 35 of these years, a proportion of nearly 75 per cent. Alternatively, Australian government net debt has increased or will increase in 60 per cent of years over the same period. Either way, any rule which essentially eliminated funding of Australian aid in years in which the government increased its level of debt would devastate the aid program, both in terms of the amount of funding and aid effectiveness, given the variability of funding and inherent uncertainty associated with government budgets. So while Julie Bishop has extolled the virtues of an aid program that provides “stability and future certainty” to stakeholders, this type of rule would actually create instability and future uncertainty to the point that the Australian aid program may not be able function at all.

Note: The Australian federal government borrows money by issuing Treasury bonds (known as Commonwealth Government Securities – CGS). CGS denominated in foreign currency can clearly be identified as government borrowing from overseas but essentially no additional government debt has been raised in this way for more than a decade. Recent increases in government debt have been through issuing CGS denominated in Australian dollars but this is not exactly borrowing from overseas even though some of the buyers may reside overseas.