For some there was a lot of pain in the Australian federal budget brought down this week and anyone interested in a more generous foreign aid program would have been particularly disappointed.  Statements by Joe Hockey and others, including the Prime Minister, that Australia should not be borrowing from overseas to send it overseas as foreign aid suggest that the cuts to the aid budget are a reflection of the government’s tight fiscal position. While this view will be the subject of a follow-up blog, it does signal that aid funding is in a new era. So how bad is Australia’s fiscal position?

The budget has been in deficit since 2007-08 and is projected in this year’s budget to remain in the red until at least 2018. This is indicative of significant structural issues with the budget both over the short to medium term, including the period covering the forward estimates, but also well beyond into the future. While many factors have led to the current fiscal position, the underlying problem has largely been driven by low revenue. 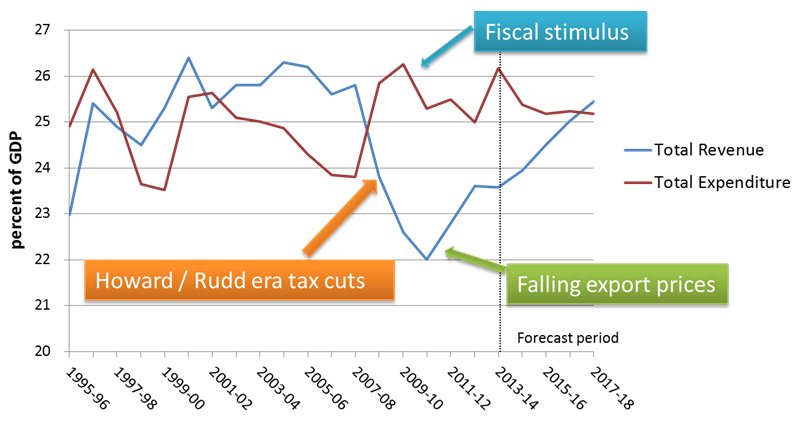 The income tax cuts of the Howard and Rudd era, freezing the indexation of fuel excise, and a declining importance of the GST base have all contributed to low levels of revenue. The GFC also contributed to the budget deficit not through a substantial slowing of the economy but via an overly large and protracted fiscal stimulus spending. Strong Chinese economic growth looked after Australia during the GFC but the end of the resources boom, where Australia’s terms of trade has only fallen since 2011, has contributed to the slow recovery of revenue. 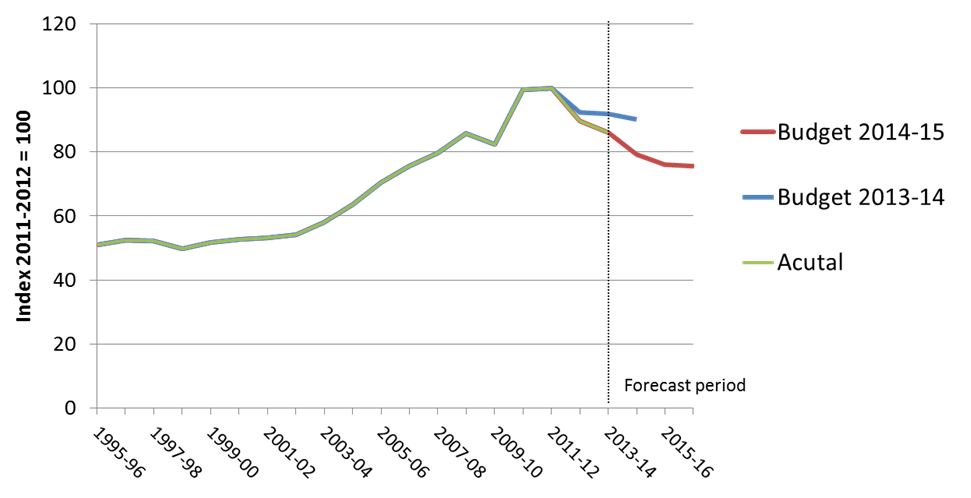 The projected improvements to Australia’s fiscal position reflect some effort to increase revenue (such as through the deficit levy and indexation of fuel excise) but in large part reflect the effect of inflation on income tax receipts through bracket creep. Despite the hard talk by Hockey on cutting spending, total expenditure has essentially remained unchanged relative to last year’s budget. Projected expenditure is really a reprioritisation of government spending with a focus on new infrastructure over social security, education and health spending. 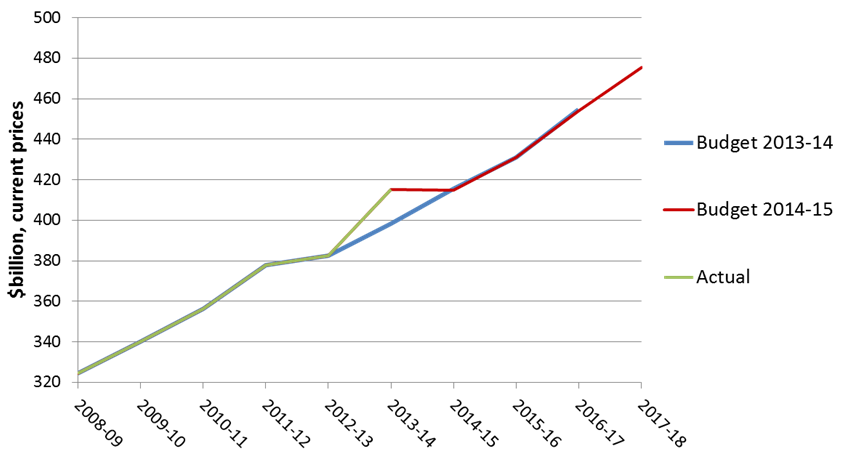 While revenue has been and will continue to be a problem over the short to medium term, there needs to be serious reform to taxation policy in order to deal with longer term structural issues with the budget. Over the coming decades the fiscal effects of an aging population will hit hard. The rising cost of health provision and the age pension will place substantial strain on Australia’s fiscal position and this will have major implications for the aid budget. Successive Australian governments have cut income taxes in lieu of bracket creep but this may not be affordable or desirable given the demographic change around the corner.

Similar to most other sectors, the aid community will need to lobby hard if it is to achieve increased budget allocations; indeed, it is unlikely that the current government will reaffirm its 0.5% of GNI target for ODA. In contrast, the government has reaffirmed its commitment to increasing spending on defence to 2% of GDP over the next decade. While defence spending has increased in this budget, whether the 2% target is credible remains to be seen. 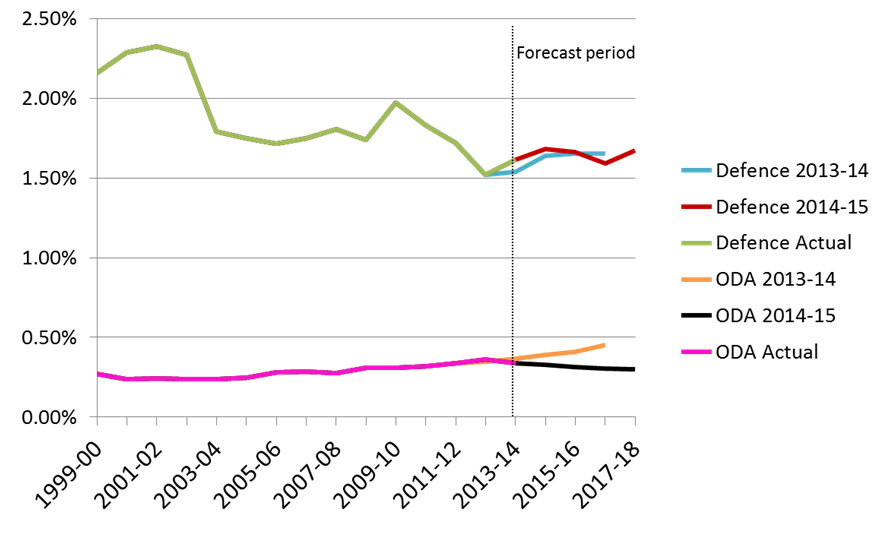 In summary, Australia’s fiscal position is difficult and is likely to remain so for quite some time. Under current policy settings, the implication of this is not good for the aid budget, at least in terms of the quantity of aid spending. This is especially the case when cuts to the aid budget have been proportionately higher than elsewhere. Indeed, as Stephen Howes points out, in real terms government expenditure on aid is set to fall by 10% between 2012-13 and 2017-18 despite the Coalition promise in September last year to deliver annual increases in the aid budget in line with inflation. However, government spending on everything else is set to rise by 10% over the same period.