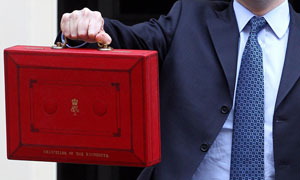 UK Chancellor George Osborne confirmed in his 20 March budget speech that, despite the UK’s dire economic circumstances, the Coalition government will this year deliver on its commitment to spend 0.7 per cent of Gross National Income (GNI) on foreign aid. The UK is the first G8 country to reach the 0.7 per cent target, an achievement which was described by Osborne as historic, greeted with joy by UK civil society organisations and presumably viewed with considerable dismay by the House of Lords.

With this announcement, UK aid spending in 2013-14 is expected to reach £11.3 billion, about £3 billion more than was spent in 2012-13 when the aid-to-GNI ratio was 0.56 per cent. This is in line with the back-loaded—and, until now, not particularly believable—spending profile established in 2010, which held aid flat at 0.56 per cent of GNI for three years before raising it abruptly to 0.7 per cent in the final year.

This outcome wasn’t a sure bet, by any means. Civil society organisations and even business leaders campaigned vigorously for maintenance of the 0.7 per cent pledge right up to the eve of the budget. There was extended and widespread criticism of the government’s pledge, and of a related commitment to legislate the 0.7 per cent target, which latter appears to have been shelved.

The UK announcement comes at a time when there is mounting speculation as to the strength of the Australian government’s commitment to increase aid to 0.5 per cent of GNI by 2016, from its present level of 0.35 per cent. This commitment will be tested in the forthcoming federal budget, now less than two months away, when the government is due to increase aid by something like $600 million, to 0.37 per cent of GNI. Subsequent annual increases will all need to be well in excess of $1 billion in order to permit the achievement of a 0.5 per cent aid-to-GNI ratio by 2016.

Many have thought increases of this magnitude unrealistic, but the UK government’s much larger single-year increase, an increase of more than 30 per cent relative to the 2012-13 budget, is perfectly real. If Australia’s budget were to increase by 30 per cent in one hit, that would require an allocation of some $1.5 billion, more than twice the increase promised for the May budget and more than any subsequent single-year increase.

How will the UK’s huge injection of aid funds be spent? We’ll be doing more analysis on this as detailed information becomes available. However, the UK’s Department for International Development (DFID) will be looking for fast-disbursing options, so we have to assume that emissaries from various multilateral funds and programs, and countries interested in debt relief, will be much in evidence at Heathrow this year. For example, the concessional lending arms of the World Bank and the African Development Bank are currently on the hunt for funds, as is the multilateral Green Climate Fund. NGOs might also expect to do well. Budget support is not in good odour in the UK, so one wouldn’t expect to see much additional use of that channel, nor of EU channels. Asia and the Pacific don’t get a lot of UK aid these days, but can probably expect some growth relative to modest baselines.

It’s also safe to assume there will be considerable pressure on DFID to adopt an increasingly expansive view of what constitutes aid, without of course overstepping the boundaries of what counts as Official Development Assistance (ODA)—after all, ODA is the numerator of the 0.7 per cent ratio. Such pressure might, for example, see the UK reporting substantially more in-donor costs associated with asylum-seekers. At present, as we have previously noted, it is quite judicious in this regard; others, now including Australia, take a more all-in approach to reporting such costs. Prime Minister Cameron has also flagged that the UK sees it as perfectly appropriate to use ODA for certain security-related purposes. This might herald increased spending in conflict-affected countries by non-DFID programs, though it isn’t clear that Cameron was really signalling any deviation from current policy. And it’s quite certain that any additional UK climate changing financing for developing countries will be funded from its aid budget, as it is now.

If the UK government had walked away from its pledge, this might have given the Australian government grounds for further weakening its own. But that didn’t happen. The UK has raised, not lowered, the bar for Australia—but then Australia is economically much stronger, and has promised a more modest leap than that achieved by the UK. A jump of $600 million in the next budget doesn’t look so infeasible for this country of athletes.