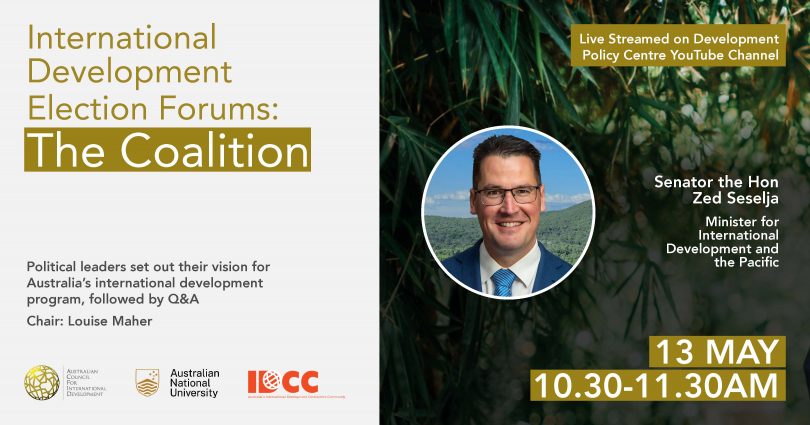 » Save the event in your calendar

Ahead of the 21 May Federal Election, the Development Policy Centre will co-host a series of International Development Election Forums.

The Forums aim to provide political parties with the opportunity to convey their platform and priorities for Australia’s international development cooperation and humanitarian assistance programs. They are also an opportunity for stakeholders, the media and the general public to hear from the candidates on these issues and to gain clarity on the parties’ specific policies and commitments ahead of the election.

This third Forum will feature the Coalition’s Minister for International Development and the Pacific, Senator the Hon Zed Seselja.

Following an address from the Senator, there will be a moderated discussion with a small number of in-person invitees. The discussion will be moderated by former ABC journalist, broadcaster and researcher, Louise Maher.

In-person attendance is by invitation only.