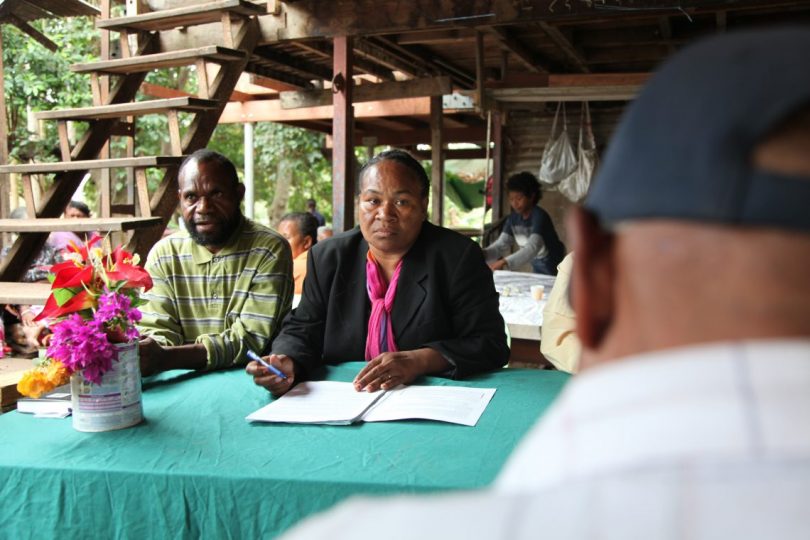 The Australian Research Council recently circulated a consultation paper on new Field of Research Codes, one of which recognises the field of “Pacific Peoples Criminology” for the first time. This development was foreshadowed in 2013 by the prominent Australian scholar John Braithwaite’s call for a Pacific criminology. He noted that Australia’s location and vibrant criminological community provides a unique opportunity to learn from the most socio-linguistically diverse region in the world, and one with many rich indigenous justice traditions. Braithwaite’s call has, however, remained largely unheeded.

As a group of criminologically inclined Pacific scholars, we have recently reflected on what a public Pacific criminology agenda would look like.

We start by rejecting any notion of presenting the region as exceptional, or one that cannot engage with and learn from decades of established criminological knowledge and theories from the global North. At the same time, however, the discourses and excitement surrounding the new criminologies (“Southern” and “Asian” criminology) play an important role in highlighting the need for criminology as a discipline to be more open to innovations and knowledge from all places, including the Pacific, that have to date been largely excluded from the core of criminological scholarship and praxis.

If a public Pacific criminology does take shape, it should contain the following characteristics.

First, it must be an interdisciplinary and transdisciplinary endeavour genuinely committed to involving scholars from backgrounds such as law, anthropology, psychology, social work, sociology, development studies and peacebuilding, as well as those who work within state and non-state criminal justice and security provision institutions. Critically, it must also involve the victims and survivors of crime and violence.

We see public Pacific criminology as grounded in local research partnerships between academics, police officers, village leaders, the private sector, and local civil society organisations, which collaboratively design and undertake research on priorities identified by those affected by crime and violence. For now, these types of developments are just starting to crystallise: the Royal Papua New Guinea Constabulary has recently established a research and development unit, and the Department of Justice and Attorney General is looking to set up PNG’s first-ever crime and justice research unit.

In order to be useful in the Pacific context, criminology must be less captured by professional criminology expectations, and instead be more public in a very broad Pacific understanding of that term, by including tribes, clans, and local churches, as well as civil society.

This will naturally have profound methodological and theoretical consequences that are likely to have relevance and application far beyond the region itself. The burgeoning literature on inclusive and participative Pacific research methodologies is highly relevant.

Second, a public Pacific criminology should have a strong ethical foundation, and it is in this regard that the “public” dimension becomes apparent. Our experience has overwhelmingly been that research subjects share their stories in order to inform policymaking in the hope and expectation that this will lead to improvements in their lives and those of their children. This places significant responsibility on criminologists to ensure the data collected is presented in ways that can meaningfully contribute to national and local debates on policy. This obliges researchers to go beyond writing reports and policy briefings, to engaging in communicating empirical and normative insights through creative arts, social media, radio, and other generally accessible modes of communication. Funders and universities should be more supportive of these necessary activities.

Third, a public Pacific criminology must be founded on an awareness of plurality and recognition of variations in the configurations of different actors in security and justice landscapes across time and space. In such a dynamic and fluid context, it is not surprising that the singular focus on one institutional form that has characterised donor and government efforts to date has met with such limited success. If we start with the plural and networked reality of security and justice governance in the region, a more promising approach emerges, one that involves understanding the strengths and weaknesses of different forms and approaches in particular settings, enabling efforts to be concentrated on building the former while minimising the latter.

We do not see our tentative embrace of public Pacific criminology as requiring any new wholesale commitment to the discipline, such as the establishment of new departments in universities already stretched to their limits. Rather, we see it as a way to extend and cross-fertilize existing intellectual traditions from a range of disciplines around the cross-cutting themes of crime, security, justice, violence, restoration and punishment. This approach is more likely to drive the type of “cross-category, theory-driven innovation” that Braithwaite posits will open “new horizons of social theory”.

In conclusion, our somewhat muted yet well-founded call for a public Pacific criminology is oriented toward highlighting a worthwhile direction for future scholarship and praxis. There is a need for greater support for Pacific Islands research institutions and practitioners to engage in criminological research, and to develop new methodological and theoretical tools to enable more sustained and relevant solutions to the provision of justice and security for the region. The beneficiaries will not just be the Pacific region, but the discipline writ large, as the region is exceptionally rich in innovative thinking and traditions that have much to offer criminology.

For further information, see A Case for a Public Pacific Criminology? In the Routledge Handbook of Public Criminologies (forthcoming) a comprehensive resource that addresses the challenges related to public conversations around crime and policy. In an era of fake news, misguided rhetoric about immigrants and refugees, and efforts to toughen criminal laws, criminologists seeking to engage publicly around crime and policy arguably face an uphill battle. The first of its kind, this collection captures diverse and critical perspectives on the practices and challenges of actually doing public criminology.