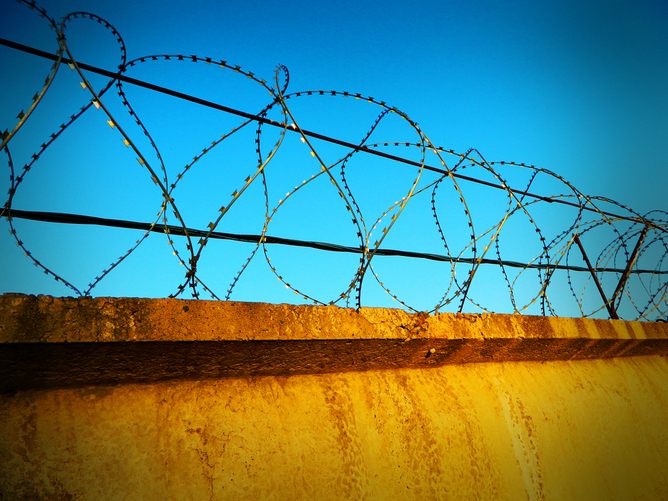 Since the Prime Minister’s Expert Panel Report on Asylum Seekers was released in August 2012, numerous reports and opinion pieces have found much to disagree with the government’s (led by Gillard and Rudd) approach to asylum seekers arriving in Australian waters. The recent announcement of the Australia-PNG ‘Regional Resettlement Arrangement’, much like the offshore processing and ‘no advantage’ solutions proposed prior, works on the assumption that asylum seekers come to Australia after purposefully transit hopping through our region, because Australia provides an ‘easy’ entry point into the affluent Western lifestyle, via established people smuggler networks. In response, the Australian government continually increases border protection patrols to stop boats from reaching Australian waters or land, proposes stricter visa entry criteria in Australia and across the region to limit entry of those who might seek asylum, and is presently reviewing the refugee status determination, review and appeals process for asylum seekers. These efforts have – and will – proven ineffective in stopping the boats or the deaths at sea that the latest swathe of policies have tried to address.

So, what can be done to not only reframe the debate, but to actually remedy the situation for refugees in our region who resort to the dangerous sea voyage?

There is a need for the Australian government to engage in a regional approach that supports and enables a multipronged and multilevel engagement between local, national and regional NGOs, the UNHCR, regional governments and refugee groups. These discussions need to be outside the migration focus, outside the deterrence model that focuses on the supply side of migration – people smuggling and trafficking; but does not engage with the demand – the asylum seekers themselves. An ‘individual asylum needs’ focused approach rather than a ‘state versus people smuggler’ approach may start to yield a more sustainable solution if breaking the business model is the goal. Deterrence does not mitigate demand – it may provide a temporary limit on demand, but in the longer term this makes people more determined and desperate to find a way to go where they need to go.

Indonesia, Malaysia, PNG, as well as numerous other regional neighbours, are too often seen as junior partners that aren’t ‘pulling their weight’ or even ‘beneficiaries’ of Australia’s domestic policies with little regard to local, national and regional sensitivities. Moreover, these frameworks are not cooperative solutions – they are unequal partnerships where every state shifts the ‘burden’ until it is placed on a state unable to refuse. At the moment, the Australian (aid) dollar is deemed sufficient enticement for foreign governments and other ‘partners’ such as the International Organisation for Migration (IOM) and United Nations High Commissioner for Refugees (UNHCR) to implement Australian policies. As the Pacific Solution demonstrated, this is based on short term thinking, no doubt influenced by the short Australian election cycle and the fact that even aid recipient countries have their limit in being contracted to assist with the implementation of Australia’s immigration policy.

Ideally, the refugee issue should be dealt with as a bipartisan issue – just as then prime minister Malcolm Fraser sought from then opposition leader Gough Whitlam when the first Indochinese refugee transfer agreement was arranged in the region in 1979 to avoid people seeking dangerous passage with people smugglers and ending the tragic boat pushbacks occurring in the region at the time. At the very least, there should be an independent arbiter tasked to oversee a policy framework development concerning Australia’s short and long term offshore and onshore policy, who is outside of the political fray. Dennis Altman has suggested the Governor General should take a stance on this issue to reframe the debate. But these political moves are only short term fixes to break the cycle of political point scoring. Solutions durable in the face of political point scoring need to be sourced.

What is needed to address the actual issue, rather than our response to it, is a regional compact that brings together civil society, humanitarian groups, international organisations, academics and politicians. Ideally a summit on ideas for durable solutions should seek endorsement from the United Nations General Assembly, to ensure widespread international support. We would strongly urge that no state chairs this summit, as occurs with the Bali Process. Instead, we would urge that the UNHCR and IOM are given dual responsibility, as has occurred with other summits like the UN System organized Rio +20 Sustainable Development Summit in 2012. However, such an arrangement requires a United Nations General Assembly resolution to start the process. If this proves too ambitious, we would advocate a High Level Organizing committee to chair and report on the summit. The High Panel would include esteemed individuals with knowledge and experience in this area and the region – for instance, Erika Feller, a former Australian diplomat, recently retired from UNHCR; Sadako Ogata, former United Nations High Commissioner for Refugees; Vitit Muntarbhorn, former UN Special Rapporteur and international refugee lawyer. Such a highly esteemed group could be invested with the task of a major regional refugee summit where the outcome sought is not an agreement or a framework but genuine engagement and sharing of ideas, geared towards consensus on practices, tools and policies that establish strong, regional, durable solutions for a refugee compact.

This compact already has a set of principles for guiding direct engagement: the Bali Process Regional Cooperation Framework. Since 2011 all 40 signatory states (in and around the region) have agreed to five principles, including asylum processing arrangements, refugee protection, and durable solutions. There is regional agreement on what should guide behavior but there remain great deficiencies in the creation of arrangements that meet these five guiding principles. At present, the focus in the Bali Process is at odds with the principles in the cooperation framework. The regional focus remains on deterrence and not the need that drives such irregular movement. In addition, the Bali Process represents a narrow constituency of states, represented by a select number of ministerial departments with UNHCR and IOM representatives, who one suspects are increasingly there to legitimize the process rather than genuinely engage and critique. Moreover, thinking creatively and outside the political square is not possible in these agenda driven environments.

There are a variety of refugee experiences in the region that agenda-driven political processes don’t hear or understand but which need to be heard in order to explore opportunities for further collaboration and investment. There are refugees who are UNHCR recognized but survive and thrive in countries where their status remains ‘illegal’. There are family members in Australia who pay for people smugglers to bring their immediate family to Australia via boat because there is no visa arrangement to secure their departure without raising suspicion and danger for the family members who remain in their home country. There are countries – China, Malaysia, Philippines, Thailand, even Singapore – who have in the past agreed to resettle refugees, in some cases thousands, if they are allowed to determine when and who they receive. NGOs in the region (from countries such as Indonesia, Malaysia and Thailand) that work with asylum seekers, must be engaged more fully beyond their current status as service providers. Their work with and experiences of the grassroots interventions to protect asylum seekers remains underutilized.

The summit would provide an opportunity for these experiences to be shared with public service officials, law enforcement officers and politicians in an environment where the ideal objective is not an arrangement but an understanding of what drives the demand process, what satisfies demand, and what is durable for each and every state in the region.

Individual and shared local and regional initiatives need to be developed to protect asylum seekers by responding to – rather than ignoring or deterring – their need for protection. We need to iteratively discuss what services countries can and will provide, what funding arrangements and humanitarian intake solutions can be given and received, and which durable solutions are acceptable under international refugee law and for the region.

Such a regional refugee compact could build on the languid Bali Process and focus the attention away from border protection to refugee needs and service provision. Starting with a wide participatory summit that moves discursively and creatively towards a regional refugee compact, guided by a High Level Panel of Experts knowledgeable of and engaged in the region, that would then report their findings to the region’s heads of state, is one cooperative solution we have not yet heard.

Burden sharing would have to be clearly outlined and bilateral agreements may still flow from the compact as long as they adhered to its principles. These principles could be based on the refugee convention without forcing non-signatories to sign onto the convention. What we suggest is more thinking and discussion about what better protection spaces and protection outcomes can be achieved without relying on the 1951 Convention in a region where few states are signatories, whilst ensuring the demand driving asylum in the region – a need for protection that the 1951 Convention supplies (hence the passage to Australia) – can be regionally sustained into the future. None of the policies at the moment meet this criteria.

An shorter version of this post was originally published on The Conversation and is available here.

Gerhard Hoffstaedter is a Lecturer in Anthropology at the University of Queensland. Sara Davies is a Senior Research Fellow in International Relations at Griffith University.