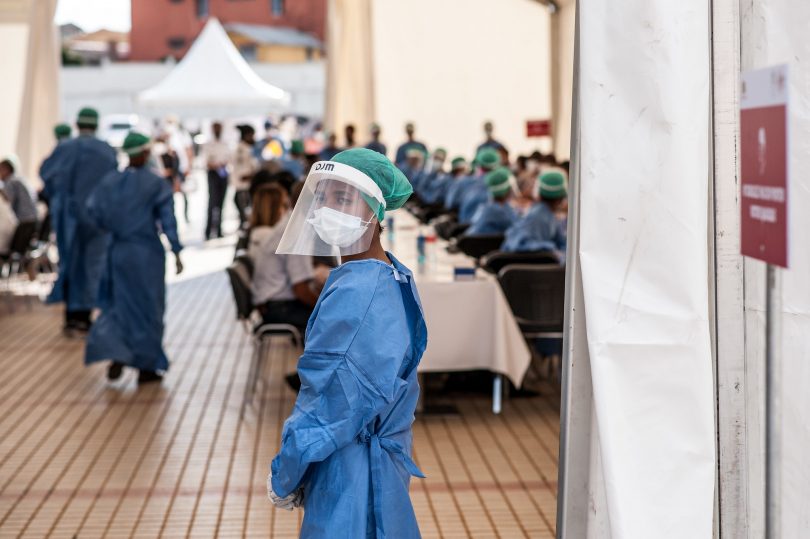 As a Kenyan business leader, it has been harrowing to see Africa lose so many of its hard-earned economic gains to COVID-19. The pandemic has pushed sub-Saharan Africa as a region into its first recession in 25 years, and the World Bank estimates that some 40 million people could be forced into poverty.

This in turn has challenged Africa’s social fabric and led to social and political protests. I’ve watched in sorrow as protests erupted in South Africa, Guinea, Somalia and Senegal as people found their livelihoods threatened by lockdowns. People are being pushed to the limit.

And the battle isn’t over yet. As the Western world starts planning for a ‘post-pandemic’ way of life, countries across Africa are experiencing deadly third and fourth waves of the virus. As in many places where testing has been limited, the true number of infections and deaths from the virus is tragically much higher than reported. Far from ‘escaping COVID’, we are currently seeing a huge uptick in cases – new cases have been increasing and rose by an average of 28% week-on-week over the past month.

Underpinning all of this is a lack of access to vaccines. The announcement at the G7 that one billion jabs would be made available to the world’s poorest countries is a sticking plaster of a solution, and one that may never even be applied. Of the 66 million doses which should have been available to Africa between February and May under the existing COVAX scheme, less than a third were actually realised after deliveries from India were diverted for domestic use. As at 14 July 2021, 53 million doses had been administered in 50 countries with a combined population of over a billion. Only 2% of Africans are fully vaccinated to date. This is a travesty, and if it continues, the African continent could well become the new India in terms of COVID-19’s deadly impact.

There is a deeper problem inherent in this system of relying on the West for healthcare handouts. Instead of depending on the largesse of other countries, African nations need to become self-sufficient in tackling health crises. While we can lament the unequal global picture when it comes to vaccine distribution, will it ever be realistic during a crisis to expect other countries to send vaccines before everyone is jabbed at home? Vaccine distribution programs should be seen as a welcome addition to Africa’s own resilience to disaster, not a substitution for it.

Now, African companies, leaders and other organisations need to rally around to ensure that the continent is built to weather both COVID-19 and future pandemics. What does this mean in practice? It means investing in research and development, manufacturing, health and technology capacity and strengthening our institutions. Everything is interlinked – for example, the continent needs reliable power to ensure vaccines are kept at the right temperature for use. But for millions of African citizens, even accessing power on a daily basis is still not a reality.

Mismanagement within government, too, must cease. South Africa’s Health Minister Zweli Mkhize was recently put on “special leave” after allegations that his department irregularly awarded COVID-related contracts to a communications company controlled by his former associates. As African countries build infrastructure, they must also ensure that those in charge of it have public trust and are held to account.

This continent will need the assistance of the West to navigate its way out of the COVID-19 pandemic, but it must take its destiny into its own hands in the years to come. We cannot have a repeat of a situation where the Western world is able to start vaccinating its lower risk populations, while Africa doesn’t have enough vaccines for its most at-risk communities. When, and it will be when, the next global health crisis hits, we must be ready.