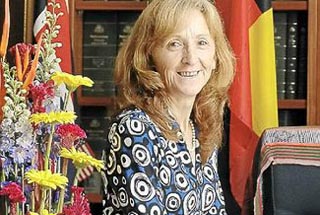 On May 11 the Hon. Jannelle Saffin MP, Federal Member for Page, presented a Seminar at the Crawford School for Devpolicy (details here, video available here). Below is a blog post by Ms Saffin summarising that presentation.

I read a comment in an OECD report regarding Timor-Leste that said, and I shall paraphrase: In Timor-Leste, foreigners have the best access to the most senior level of leaders and officials, but they still do not know what is going on.

This is what I see beginning to happen in Burma, and it is one of the challenges, sitting alongside the opportunities.  Foreign experts abound, and indeed some are, but it is like in other places, sometimes the experts know a lot, but not a lot that can be used, or is of use, yet they get lots of attention.  It is like that in politics, so is not unusual, but a point to be conscious of, when working in other jurisdictions and states.

Myanmar is a country in transition.  It has been essentially for decades, and the one underway now, holds much more hope of a good landing, than the ones before it.

The transition is essentially one premised on the trust and goodwill of two leaders, and it has excited the people who are cautiously hopeful and it has attracted world wide attention, with many offers of help.

They have agreed to work together, for the sake of the people the nation, and  yes, they have some stated and demonstrated trust; with a relationship borne out of concern for country, and political necessity.

They are joined together in working to make the Parliament work, build and rebuild the State, make the country work, but they are also political contestants, simply by their political positions, backgrounds and intellectual approaches.

There is also the fact that the USDP Government is both a development actor and partner (well that is the way it is going with donors) and also a party to and the cause of some military conflicts still running in the county, with some having committed heinous crimes, in the category of crimes against humanity.

The USDP Government is party to and by its origins the cause of grinding poverty.

So how do you dance with dictators, albeit in transition?  You soft step, sometimes lead, sometimes are led, and sometimes sidestep.  You do it with mindfulness, and not forgetting that we are not engaging with a democratic state, but one that has the potential to be and indeed the people desire it to to be.

Remember the signs that used to be all over Yangon, about peoples’ desires; and all the people used to point and say: Generals’ desires.  Well now there is a beginning of the sharing of political space and power, where peoples’ desires really can be factored into government and the architecture, but with a constitution that marks out the pre-eminent role for the Generals at state level.

The Government has to invest in any programmes/projects that are aid related.

The Government has to have a process for requesting, receiving, and responding to aid requests.

Burma has traditionally operated on a multi layered committee structure and it is wise not to ignore that, to see if it has the capacity to deliver and in a democratic way.  So examine existing mechanisms first before you create any of your own.

Consultation and community development must form a key plank in preparing the aid projects/programmes, and country strategies.

Have a checklist that can guide development partners not being used politically by the governing authorities, in a partisan political way.

Transparency is the key, and all must know how we devise projects/programmes, and publish all.

Have a healthy political development programme that incorporates parliament, and associated bodies and also political parties.  Do this with partners.

Be involved in national reconciliation in terms of supporting the actors involved.

Take a closer look at land and water issues, and see where we can assist.

Scope out legal reform, and given the common law nexus it is appropriate. Support a legal fact finding mission both ways.

Ensure that the NLD (the party of Aung Sun Suu Kyi) is involved, as they are key actors.

Ensure that the ethnic nationalities are also involved as key actors and particularly in rural and regional areas.

Lastly, set up an Australia Centre that can among other things, conduct English language classes, and community education.  It can cover costs and should be funded as part of the public diplomacy programme and not come from the ODA budget.  The British Council and the US Centre and other European Institutes operate directly with great people to people relationships.  We suffer from a lack of such engagement.

In summary, have a principles-based approach and stick to it.  It can and will work. Engage with deliberation that supports and strengthens democratic advances, including the human rights culture that embraces the rule of law and national reconciliation.

ODA and development assistance have to support those primary goals cited immediately above.  I see the split too many times with our political arm, and development arm, acting as completely separate spheres and in the case of Myanmar this cannot be.  So far they are on track together.  This bodes well.

Janelle Saffin MP is the Federal Member for Page and a long-time observer of and advocate for reform in Burma.

Janelle Saffin MP is the Federal Member for Page and a long-time observer of and advocate for reform in Burma.