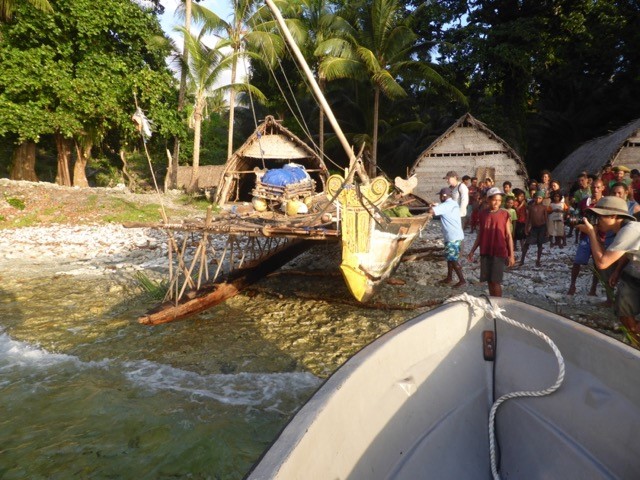 On our Australian doorstep is an amazing place, Papua New Guinea. Seven of us were there for the month of August, exploring a remote region of islands and atolls in the Massim district of Milne Bay Province by boat, visiting places most people would not think of seeing.

The incredible opportunity we experienced was matched with a grateful appreciation and response form the communities we meet at each of the 30 islands we stopped at. There was mutual respect. We weren’t there just as tourists, we were interested in their culture and in particular their many different, traditional types of single outrigger canoe. They responded with information, introduced elders who talked of the past, let us look over the craft in detail and even took us sailing. 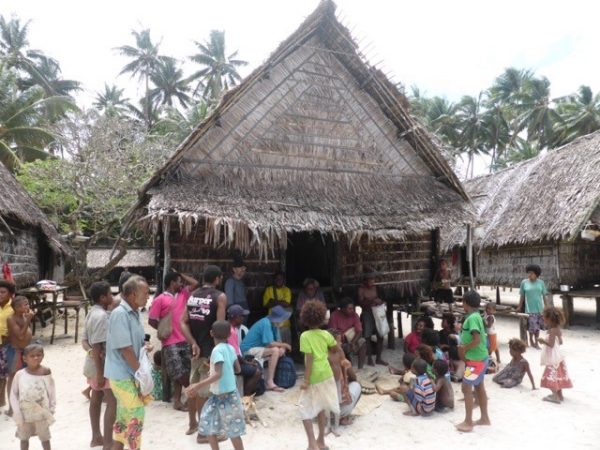 As Australians we were warmly received everywhere. Australia was the PNG administrator for decades and has left many good things in place. The Australian influence was there in diverse ways, including an inspired wooden Hills Hoist and outdoor bench setting at Boagis village, way out at the extreme end of PNG territory. 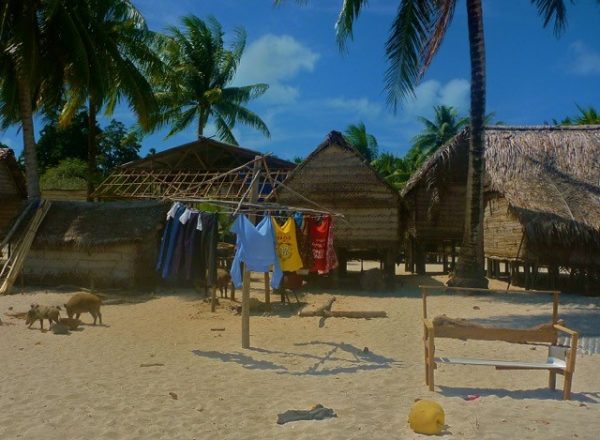 But there was a worrying side that we shared. We visited many remote islands where basic services are deplorable, particularly their health services. At one sub-provincial health centre in Guasopa village [Woodlark Island], they had nothing but Panadol. We shared our first aid resources and knowledge, and treated those we could with spare drugs we had brought from Australia. There are so many issues facing PNG that we despaired at its future prospects.

Australia is the lucky country, but right now New Guinea is not. We were most surprised and quite angry to learn that Radio Australia no longer transmits to the region, or even the wider Pacific. One small service that Australia could offer is the return of shortwave radio.

The island of Panaeati, south of Misima, is typical of many we visited. It has a population of 2,080 people, many well educated, and fluent in English. The missions and the former Australian administration are responsible for this. Our contacts there expressed great disappointment at the loss of Radio Australia services in January 2017. So much so, that they discussed the prospect of raising a petition at local government level to the Australian government.

There is a patchy and expensive mobile phone service in Milne Bay, and it gets worse as you move to the islands where it becomes non-existent in places. There is no internet or AM/FM radio service for most of these islands. They have no other alternatives for news. We brought the PNG election results to one island 10 days after urban voters knew.

The argument that alternatives are or will become available is not acceptable. That is patently untrue of the 30 islands we visited. These people are well disposed towards Australia, and we have abandoned them. They have a great need for news, comment, and sport, with rugby union, league, cricket and Australian Rules being of particular interest.

An English language news service would also assist retention of English as their communication medium with the outside world.

As Australia increasingly leaves a cultural void in Pacific, it is being quietly replaced by other countries whose interests may not be in PNG’s best interest. A Radio Australia shortwave service is an inexpensive way for our country to extend soft power, give reassurance and keep true friends. Australia can do something simple that will return much more than the effort required.

Late last week, the Nick Xenophon Team announced that it had negotiated “a review of the reach of Australian broadcasting services in the Asia Pacific region, including examining whether shortwave radio technology should be used” to be included as part of the Government’s media reform bill. This is a positive step, but far from settles the matter. Therefore, any advice on how our group can continue to advocate on this issue would be most welcome. Please leave a comment on this post to contact me if you would like to discuss.

John Greenshields is a retired Adelaide architect who lived in Papua New Guinea and worked on their Government infrastructure projects for 11 years between 1967 and 1982. He has returned often and recently travelled to PNG to record the art and traditional canoe-making practices of the Milne Bay Province.

John Greenshields is a retired Adelaide architect who lived in Papua New Guinea and worked on their Government infrastructure projects for 11 years between 1967 and 1982. He has returned often and recently travelled to PNG to record the art and traditional canoe-making practices of the Milne Bay Province.