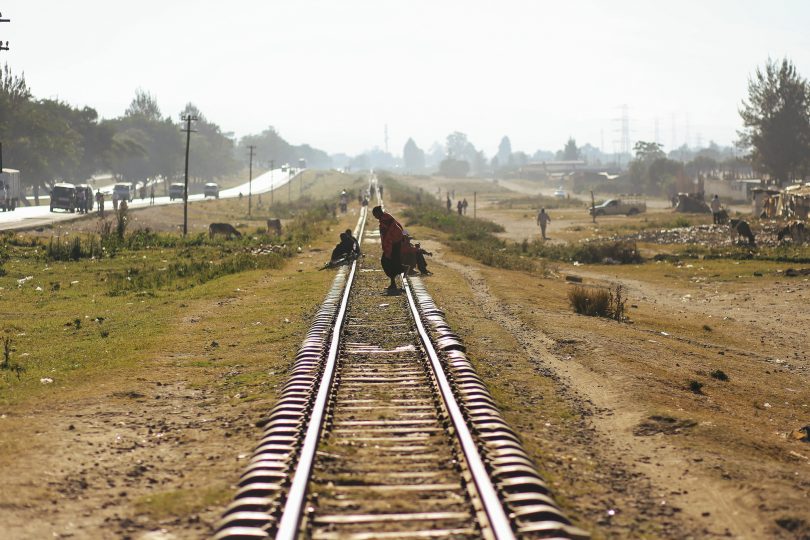 There are various interpretations of the Beijing Consensus but let me take two, by Ramo and by Williamson (here and here), as examples. Ramo in particular has been critiqued mainly because there is no consensus among China’s rulers of how things should be done. The ‘China way of doing things’, which the Williamson argument boils down to, likewise is not as coherent as he suggests. Chinese policy is often playing catch up to what is happening across the country. While at the center China is (more or less) an authoritarian state, outside of the center it is a space of intense contestation among the various provincial and local implementing actors. Even at the center, the ‘left’ and ‘right’ factions of the ruling party are also in constant tension to put their stamp on policies, as Kennedy points out.

The question is how much these policy debates spill over to the foreign aid space. China’s formal aid policy is based on Zhou Enlai’s (1964) eight principles of economic cooperation and regularly reiterated (e.g., here and here), stressing non-interference in other countries affairs and respect for their sovereignty. Williamson makes the argument that this can end up supporting unsavory regimes and authoritarianism. While there is a clear rise in authoritarianism across the globe, often in the form of ‘illiberal democracy’, it is probably a stretch to blame China for it. There is no evidence of China directing its aid to more authoritarian regimes over more democratic ones, at least not any more than Western donors do.

China seems to have a much more nuanced policy, which is about engaging China’s role in the world, expanding its economic reach, and more pragmatically moving some low cost labor intensive industries to places in Africa and Asia, as its own economy transforms to more complex and higher value manufacture.  To say there is no implicit, if not explicit, conditions on its aid in this context would be an oversimplification. As Mattlin and Nojonen argue (p. 720), the process of conditionality is more complex:

…extensive reliance on funding for critical infrastructure from one source country can conceivably result in structural dependency that over time may also create political dependency. However, the conditionalities that we have identified are not imposed by the Chinese state as explicit policy conditions that require changes to national economic policies

But it is also inconceivable that China would invest so much in transport and trade infrastructure without being assured that there were at the very least pro‑China trade regulations and processes in place with the aid recipient. How explicit these are in the negotiations is anyone’s guess.

Williamson, in his summary of the Washington Consensus, mentions expenditure in infrastructure (among other things) (p. 2), while his discussion of the Beijing Consensus omits it. Chinese aid and other official flows are largely infrastructure based, probably more so than Western donors. The philosophy behind this, according to former World Bank Chief Economist Justin Yifu Lin (2011), is what he refers to as New Structural Economics. In particular he emphasises the importance of infrastructure as a country’s endowment. China, in particular through the Belt and Road Initiative, while largely based on credits from the Chinese Ex Im Bank, AIIB, and the Silk Road Fund, to develop infrastructure across West and South Asia as well as Africa, will inevitably use its aid flows to either subsidize the loans where the financial benefits are more nebulous and longer term. Parts of the China-Pakistan Economic Corridor (CPEC) would be an example, as would some of the rail infrastructure in Africa.

The sheer scale of the Belt and Road Initiative will inevitably mean that there will be white elephants and the need for further Chinese aid. The real issue of China’s aid policy is not what it says but rather what it does not talk about, and that is the processes of engagement with the broader community in their own development. For China these are questions of national sovereignty and none of its business, while within China these processes are carefully controlled and constrained by the state. For China its foreign policy, and with that its aid policy, is about friendly relations with strong secure and stable states, particularly on its borders. The danger that Howes and Davies allude to is not so much the contested notion of a Beijing Consensus, but that as Trump and other Western donors cut their aid budgets then China will fill the gap as the single major donor, and reduce the recipients’ funding source choices, and at the extreme fall into a vassal state relationship. This may not bode well for broader democratic and liberal social processes.

Patrick Kilby is a Senior Lecturer and convener of the Master of Applied Anthropology and Participatory Development Program at the ANU, and has just completed an Asia Studies Fellowship at the East West Center in Washington looking at the history of the US and China as aid donors and the implications of the Trump administration cuts.