In Australia, the Turnbull Government has finally passed an amended backpacker income tax rate of 15 per cent. The proposed tax rate for backpackers started off at 32.5 per cent in the 2015-16 Budget, before falling to 19 per cent this past September. Last week Parliament knocked back the 19 per cent rate with several parties arguing for 10.5 per cent instead. At first, the mooted 15 per cent compromise was rejected, but eventually the Coalition were able to negotiate a last minute deal with the Greens by reducing the amount of superannuation backpackers would have to forfeit as well as agreeing to additional funding for Landcare, an environmental not-for-profit organisation.

We’ve also been making the point for a while that 95 per cent of backpackers come from developed countries. So it was good if not remarkable to hear Prime Minister Malcolm Turnbull say the following on Thursday morning: “They [Labor] say a backpacker from Europe, a rich kid on holidays here from Germany or Norway, backpacking around, he or she should pay less tax and that Pacific Islander who comes here to pick fruit during the season and is sending that money back to his village – some of the poorest countries in the world.”

No Australian Prime Minister has ever made this argument. Indeed, we’re not sure an Australian PM has ever mentioned the Seasonal Worker Program. There’s no publicity like prime ministerial publicity.

Meanwhile, over the Tasman, the Recognised Seasonal Employer program in New Zealand is being increased by 1,000 places, to a total of 10,500 per year. The RSE has a binding ceiling as demand typically exceeds supply. Therefore any increase in the number of placements will facilitate additional labour mobility from the Pacific. After remaining stable at 8,000 from 2008-09 until 2013-14, the cap has increased each year since. 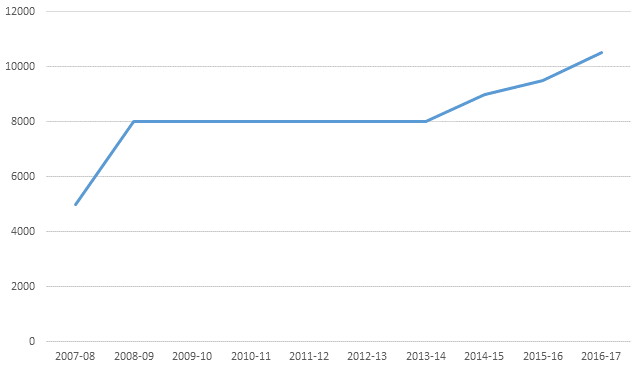