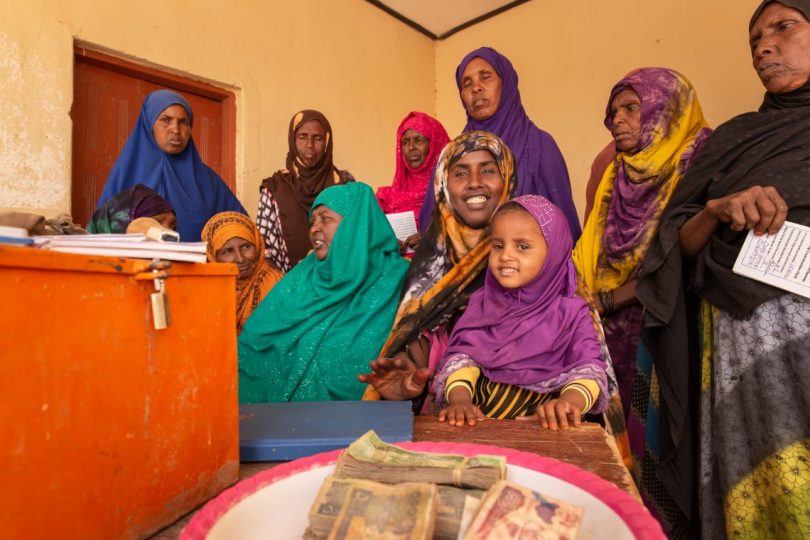 It’s barely made the news in Australia, but a record 45 million people are facing severe food insecurity in Southern Africa over the next six months, with nine million people already experiencing ‘crisis’ or ‘emergency’ levels of food insecurity. Prolonged droughts, flooding, back-to-back cyclones and environmental degradation have devastated a region heavily dependent on smallholder agriculture. The situation has been exacerbated by conflict and prolonged economic challenges.

Many of these countries now affected had never fully recovered from the 2015/16 El Nino-induced drought.

One of the most discussed trends of international humanitarian assistance in the twenty first century is that funding is being directed to crises that are lasting longer and affecting more people. The average length of humanitarian response plans has increased from 5.2 years in 2014 to 9.3 years in 2018 and the number of people targeted to receive assistance under these plans grew from 77 million to 101 million. While humanitarian funding continues to grow (although not at the same pace) it is designed to be short-term, providing life-saving interventions.

Yet as the average length of crises continues to rise, humanitarian funding is too often being forced to act as a substitute for development programs better equipped to address underlying conditions of vulnerability and need. Longer-term programming that reduces these vulnerabilities and enables people to break the cycle of crisis and humanitarian response is too often missing.

In 2011 the Horn of Africa region was affected by a food security crisis. In Somalia this manifested as a devastating famine and between October 2010 and April 2012, 258,000 people are estimated to have died – just under half of them children. Frustrated by the frequency and severity of the crises facing the country and the inadequacy of traditional humanitarian assistance to address the underlying vulnerabilities of communities, seven international NGOs (led by World Vision with Action Contre Le Faim, ADRA, CARE, COOPI, Danish Refugee Council and Oxfam) came together to form the Somali Resilience Program (SomReP). With funding from a range of donors, including DFAT, SomReP, now in its eighth year, has sought to mitigate the effects of recurrent shocks and stressors and alleviate chronic vulnerability among target households. SomReP has been designed to address communities’ unique needs through multiyear programming drawing from both humanitarian and development approaches. The program seeks to build resilient livelihoods and increase the adaptive, absorptive and transformative capacity of communities to cope with shocks and stressors.

Following failed rains in 2016 and below-average rains through to June 2017, many parts of Somalia again faced widespread and prolonged drought conditions with severe humanitarian consequences. By July 2017, an estimated 3.3 million people were in crisis and emergency stages of food insecurity and an additional 2.9 million people in situations of stress.

In contrast to the usual stories of communities struggling to cope in drought situations, World Vision staff began reporting anecdotal evidence that participants in SomReP project activities were coping better with the shock. SomReP Village Savings and Loans Association members were providing loans to support and sustain members’ livelihoods. Members were also using savings to help community members and displaced people in nearby villages, ensuring that SomReP programs had impact beyond project participants.

A World Vision report released today demonstrates that with an intentional approach to building community resilience, it is possible to chart a different future for communities facing recurrent or protracted crises. Using case studies of World Vision-supported projects in South Sudan and Afghanistan, as well as of the SomReP program outlined above, Shockproof demonstrates the need for, and impact of, donors and aid organisations working differently in situations of protracted crises.

The 2016 World Humanitarian Summit was convened partly to address the increasing gap between needs and funding available. Adopted at the summit’s completion, the Grand Bargain aimed to, among other things, enhance engagement between humanitarian and development actors – addressing the humanitarian-development nexus.

Grand Bargain signatories, including Australia, also committed to increasing collaborative humanitarian multi-year planning and funding, which, it was recognised, “lowers administrative costs and catalyses more responsive programming, notably where humanitarian needs are protracted or recurrent and where livelihood needs and local markets can be analysed and monitored”.

For the millions of people in situations of recurrent or protracted crises, translating these policy commitments into action has never been more important.

Australian NGOs have long advocated that the Australian Government should commit to multi-year funding in contexts of protracted humanitarian need. The experience of SomReP, and the other case studies highlighted in Shockproof, demonstrate the impressive impact on food security and community resilience when these types of programs are adequately resourced by donors.

The current emergency in Southern Africa is just one example of the challenge that humanitarian and development workers will increasingly face as the impacts of climate change intensify. In addition to the ongoing need for lifesaving humanitarian assistance, focused attention and investment in building community resilience is increasingly critical for ensuring that people and communities at the front-lines of environmental changes and recurrent crises can survive, and thrive, through future shocks.

The policy frameworks and commitments already exist – the challenge is to translate these into action.

Note: The Reduced Coping Strategy Index asks a series of questions about the behaviours a household has employed in the past seven days to cope with food insecurity. A heightened rCSI score corresponds with increased reliance on extreme coping measures to deal with food insecurity. The coping strategies measured by the rCSI are: reliance on less preferred and less expensive foods, borrowing food or relying on help from friends or relatives, limit portion size at mealtimes, restricting adult food consumption to allow small children to eat, and, reducing the number of meals eaten in a day.

Christine Lindell is an Acquisition Specialist working on fragility and resilience