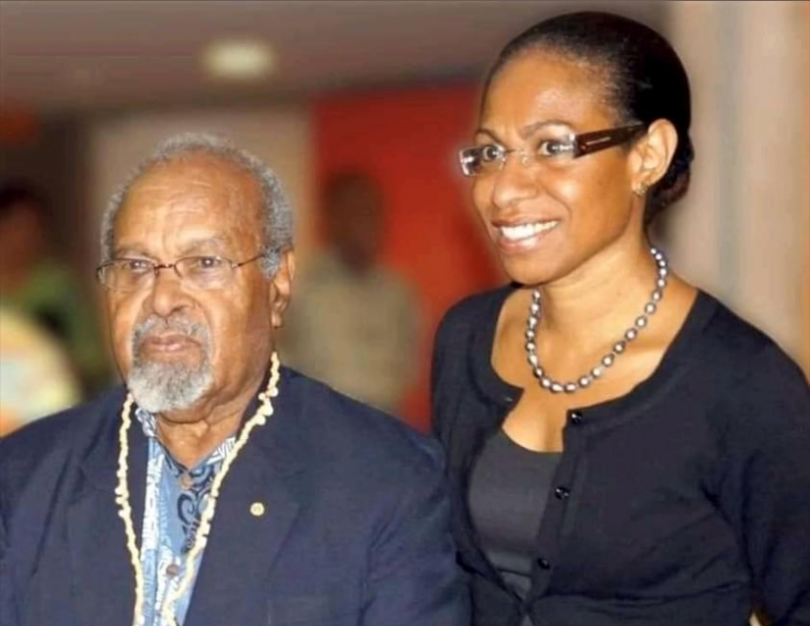 While political dynasties are not prevalent in Papua New Guinea (PNG), there are several notable political families. One example is the Chan family in New Ireland, with Sir Julius Chan and his son Byron Chan both politicians. Sir Julius, one of the country’s founding fathers, has been in parliament since the 1960s; while Byron was the member for Namatanai, an electorate of New Ireland, from 2002 to 2017. Another founding father, the late Sir Michael Somare, has two politically active children, Dulciana and Arthur. His son, Arthur, represented the Angoram electorate in East Sepik province from 1997 until 2012.

Dame Carol Kidu, the widow of Buri Kidu, PNG’s first national Chief Justice, may not strictly come from a political dynasty, but she has said that her late husband’s legacy helped her enter the political arena, gaining her ‘sympathy votes’ in her first election in 1997. She also writes in her autobiography, A remarkable journey, that prior to her husband’s untimely passing in 1994, he was contemplating entering the political arena himself.

The 2017 election also had a few women legacy candidates, that is, daughters of previous members of parliament, contesting seats. Anna Skate, daughter of former Prime Minister Sir Bill Skate (1997–1999), was the lone female candidate for the Port Moresby South electorate. Endorsed by the People’s Progress Party, she finished third with 11.3% of the first preference vote. PANGU endorsed Dulciana Somare, who contested for the East Sepik provincial seat and finished in fourth place. She amassed a total of 20,029 votes, that is, 5.7% of the total votes cast.

A decade ago, Jennifer Baing-Waiko, daughter of former member for Markham, Andrew Baing (and daughter-in-law of Dr John Waiko, former member for Sohe open), stood for the Markham open; she finished fifth. Since the 2012 race, Jennifer has enlarged her social media presence, documenting her engagement on the ground and amplifying her voice on policy issues. This year, she intends to contest for the Morobe provincial seat.

How does being a legacy candidate help PNG women candidates? Initially, it helps that they are already well known, as their father’s reputation precedes them. It could also help with harnessing long-established political networks. However, there may not be many more benefits, in view of the many and complex variables in the quest for political office (campaigning, voter demands, hanmak, election administration, polling, security, political competition and so on).

For example, Elizabeth Simogun Bade is the daughter of the famous Sepik leader, Sir Pita Simogun. A former police officer, Sir Simogun was a member of the Legislative Council from 1951 to 1961, and a member of the House of Assembly from 1964 to 1968. In 1987, Elizabeth contested for the East Sepik provincial seat; and in 2002 she contested for the Kairuku-Hiri seat in Central province. She was unsuccessful both times. In 2007, she ran a second time for the East Sepik provincial seat, but in a contest with political giants like the late Grand Chief Somare, it was an impossible undertaking. Being a legacy candidate is certainly not enough to guarantee success.

Across the ocean, Fiame Naomi Mata’afa made Pacific history by becoming Samoa’s first female prime minister in 2021. A member of a political dynasty, both of her parents were political leaders. Her father, Mata’afa Faumuina Mulinu’u II, was Samoa’s first prime minister, from 1959 to 1970, and held the office again from 1973 to 1975. When he died in office in 1975, Fiame’s mother, La’ulu Fetauimalemau Mata’afa, took over his constituency of Lotofagu. She was only the second woman to be elected to Samoa’s parliament.

While PNG’s and Samoa’s political organisation and societal structures are vastly different to each other, and Fiame’s political legacy is just one component of her political identity, her journey does make for sweet political history.

Come April 2022, PNG, and particularly the people of Angoram District, will have the opportunity to facilitate what might be the beginning of a similar sweet political story. In contrast to Jennifer Baing-Waiko, who skipped the 2017 election to concentrate on her groundwork, enabling her to now contest a larger provincial electorate, Dulciana Somare decided to narrow her campaign field and focus on the smaller electorate of Angoram open. Having come fourth in the 2017 East Sepik provincial race, there is the possibility that she could win the Angoram seat in 2022.

Will her father’s legacy work in a similar fashion for the Angoram people as respect for the late Buri Kidu assisted Dame Carol’s first entry to parliament in 1997? The people of Angoram gave Somare’s son, Arthur, three terms in parliament – will they give his daughter a chance to continue her father’s legacy of nation building?