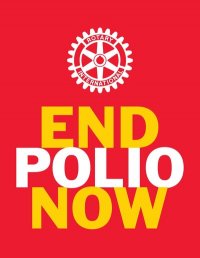 In his post on the eradication of polio, Jonathan Pryke discusses the long struggle that has led to the reducing the global burden of polio by 99% over the last 23 years. What lies ahead is the last crucial 1% that will take us to complete eradication.  As is often the case with great endeavours, the last 1% is the toughest.

In the few remaining areas where polio survives, implementing effective public health programmes is often extremely difficult. Almost by definition, these areas have weak infrastructure, weak governance, high rates of poverty and illiteracy, and sometimes armed conflict or social unrest. To eradicate polio it is necessary to build up enough immunity in small children to choke off circulation of wild poliovirus, which means that very high proportions of children must be reached with immunization multiple times, and the constraints of operating in these areas have to be overcome in order to achieve this.

In late 2009, the spearheading partners of the Global Polio Eradication Initiative (WHO, UNICEF, US CDC, and Rotary International) wrote a strategic plan for the period 2010-2012 that brings together different approaches to try to make sure that every child can be reached by immunization, focussed particularly on the remaining  infected areas. We are now about half-way through the period covered by the plan, and the number of new polio cases in 2011 to date has fallen to about 50% of the number reported at the same time in 2010. Most importantly in the past 18 months, two of the most important global reservoirs of polio, northern Nigeria and northern India, have seen real progress compared to previous years.

But polio clings on in some key endemic areas, particularly in Pakistan but also in Afghanistan and northern Nigeria, and outbreaks periodically flare up after the virus is imported into – and in some cases becomes re-established in –  polio-free areas, the most important of which currently are Chad, the Democratic Republic of Congo, and Angola. From these areas too it can move out into other currently polio-free countries, as we know from bitter experience over the past decade. So how will we reach children in these remaining areas with polio vaccine in every immunization campaign, and make sure the virus has no place to hide?

First, we must try to ensure that all children are reached in every immunization campaign. In many infected areas operational and managerial weaknesses affect the quality of campaigns. Intense efforts are being made to ensure better planning and implementation of activities and better monitoring of quality.  We are working with governments and communities to ensure that district-level and even sub-district level officials become responsible – and accountable – for ensuring that every child is reached with vaccine in every campaign.

Second, we have developed monovalent and bivalent oral poliovirus vaccines which target the remaining two types of circulating wild poliovirus much more specifically than the traditional trivalent vaccine. Using the new vaccines has greatly improved the capacity to rapidly raise immunity levels in children both in endemic and outbreak settings.

Third, we are constantly working on tactics to reach children in the most marginalized communities or those who live in conflict zones. The movements of migrant and mobile groups are mapped so they can be effectively reached, and there is a new emphasis on vaccination in transit points such as bus stations or in trains. In conflict-affected southern Afghanistan and north-western Pakistan, health workers now immunize opportunistically when windows of access appear, using recently adopted strategies of short interval campaigns made possible by the new oral poliovirus vaccines referred to above.

Fourth, we are working to manage the risk of polio spreading to places that are polio-free. This means keeping children in the highest risk areas well-vaccinated, so that any imported virus does not find fertile ground, and it means being vigilant for any sign of polio and responding quickly when there is an importation.

Probably most importantly, we need to find funds to implement the global strategies. That is why the involvement of Australia and other countries that have the capacity to financially support polio eradication is so important. We have benefited from financial support from a strong network of partners from the beginning, most notably Rotary International, the United States through CDC and USAID, Great Britain, Canada, Germany, Japan, the Netherlands, India, a number of other national governments, the UN Foundation, the World Bank, and more recently The Bill and Melinda Gates Foundation. But in order to close out the last 1% the GPEI still needs funds to implement all the activities necessary to stop wild poliovirus transmission and protect vulnerable children.

I have worked on polio eradication for nearly 20 years in a lot of different places and in different capacities, and I’ve never experienced a time when finally achieving polio eradication was more real.  India has not reported a polio case for more than 6 months, for the first time in history.  In Nigeria, endemic transmission is restricted to the north-east and north-west corners of the country.  While type 3 polio is still being detected in west and central Africa, the overall level of transmission globally is at an all-time low.  Uncontrolled polio transmission remains in Chad and Pakistan, and we continue to battle outbreaks in previously polio-free areas; but the global partners have learned a lot in the past 20 years and polio is gradually being pinned into tighter and tighter corners. If we can keep up the momentum, the end of polio is no longer a matter of ‘if’, but ‘when’.

In July I met a group of young Australians working for an organization called the Global Poverty Project. They have taken on the task of engaging the Australian community in the battle against one of the oldest diseases known to humanity – polio – and joined the largest public health effort in history, the Global Polio Eradication Initiative. The engagement of the Australian public and the Government of Australia in support of polio eradication will be a significant development for the global initiative. To find out more visit www.theendofpolio.com.

Chris Maher currently works at the WHO and has over 20 years experience in the fight to eradicate polio. He is the current Acting Director of Polio Eradication and Monitoring Research at WHO.

Chris Maher has over 20 years experience in the fight to eradicate polio. He is the WHO Eastern Mediterranean Region Polio Manager.