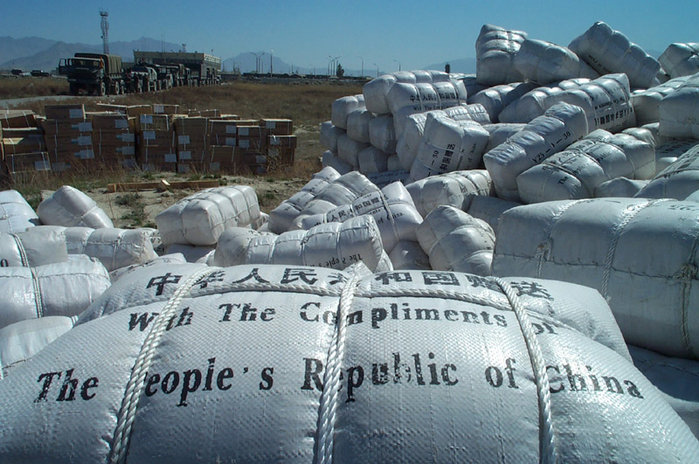 As Australia ramps up its aid program over the next few years it is very much in the context of changing aid relationships and paradigms. Both the Washington Consensus and the Paris Declaration on Aid Effectiveness, as policy drivers, are being challenged by new global aid juggernauts located in the South rather than the North.

The relative decline of the OECD donors with their own rules – Development Assistance Committee (DAC) guidelines – and the rise of China and other developing and non‑OECD countries, as aid donors, will have profound implications for developing countries, and for the role of ‘traditional’ Western donors such as Australia.

Getting reliable data on the new aid donors, and especially China, aid is difficult. In another article Stephen Howes argues that China’s aid program is about the same size as Australia’s.  This is probably a gross underestimate based on statistics using DAC definitions, which are quite narrow. Of course these are at best estimates, as a lot of China’s aid is a state secret and Chinese (often very high levels) technical input may not be included in the figures.

Other work from the US Congress estimates the figure much higher at $25 billion in 2007.  Of this amount, $16.6 billion, or 66%, was provided in the form of loans (concessional loans or credit lines), $7.2 billion,  29%, represented state-sponsored investment, and the remaining 5% included grants, debt cancellation or debt relief, and in-kind aid.  Most of this was in the form of infrastructure, and over time many of the concessional loans are cancelled. There is very little military assistance in these figures. By comparison the United States’ foreign operations budget (bilateral development, economic, security, and military assistance, multilateral assistance, and food aid) was estimated at $24 billion in FY2008.

The difficulty with working with these figures is that China does not follow the DAC definitions on the one hand, while most other OECD donors do try to fit their development assistance to meet the aid guidelines and these days provide few other forms. Either way the figures are difficult to make direct comparisons of like with like.  It is fair to say, however, that China’s government ‘investments’ in developing countries provides greater leverage than the relatively low DAC defined aid suggests.

While China has been providing aid for strategic reasons since the 1950s, in a post‑cold war environment China is now a very serious aid player, and one that has implications for the policy direction other ‘traditional’ aid donors like Australia take. The OECD policy of promoting strong liberal democratic institutions with its aid, has been undermined by Chinese aid with its own ‘sovereignty doctrine’ of non interference, which does not share these democratic policy goals. For the OECD this has created ongoing frustration that because China’s policy of providing assistance without conditions, the OECD donors are losing the ability to influence the behaviours of aid recipients regarding human rights and economic reforms.

In the Pacific China’s aid is most welcome as it does not come with the strings and often unfortunate rhetoric that has characterised Australian aid in the past. John Howard’s view of Australian being Deputy Sheriff in the region and insensitive intrusions into the Pacific in recent years has not helped. In recent times Fiji, PNG, and East Timor have made much of their relationship with China and the benefits it brings. China has increased its aid to the Pacific from pledges of $33 million in 2005 to $205 million in 2008, and may be even larger now.

China has a broader political goal  and uses its aid program to balance US and it is allies (presumably including Australia’s) interests with little interest in setting governance, human rights, or other conditions on the recipient. China is this respect resembles its pre 19th century history of being less concerned with colonies as such, than with accessing trade and resources.  The result of China’s hands‑off approach in this context has threatened the West and reduced its influence in Africa, and I would argue the Pacific as well.

China’s aid is also seen to be delivered quickly and easily. Moreover China is less risk averse to bad publicity and it often targets areas and sectors that other donors avoid.  The upshot is that an aid race has emerged in Africa with the EU and the US trying to match China and there may well be one in the Pacific as well.

The question for Australia as it increases its aid program is how to avoid an aid race with China and how to engage in policy in a way that is constructive and in cooperation with China rather than in competition. The issue is not just about issues of good governance, transparency and the like, but also maintaining a sharp focus on the MDGs and respecting human rights. The advances that have been made in aid policy over past 50 years may be in some jeopardy.

Patrick Kilby is the program coordinator of the Masters of Applied Anthropology and Participatory Development at the ANU.