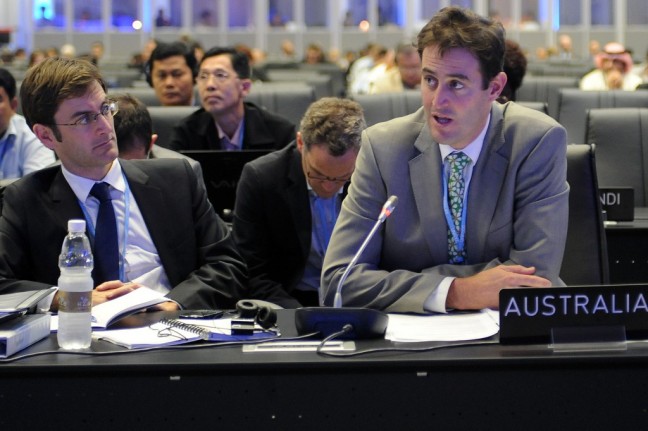 At the Doha climate conference, countries made gradual progress towards a global framework for reducing greenhouse gas emissions, but three words took the limelight: “loss and damage”.

The Doha decision on loss and damage

Nations agreed that damage from climate change in poor countries needs to be addressed. Realisation is growing that there is no way that emissions will be curbed quickly enough to avoid the risk of severe impacts. What’s more, adapting to these impacts won’t be enough to avoid all damage, whether in the form of infrastructure destroyed by cyclones or floods, land lost to sea level rise or species extinguished.

The Doha decision requests countries to provide “finance, technology and capacity building”, without specifying how much, when or how. On the insistence of the United States, the decision contains no admission of liability for climate change impacts. The US also made it clear that it would agree only if funding was drawn from existing commitments.

The existing funding commitment was made back at the 2009 Copenhagen climate summit, when wealthy countries collectively pledged to mobilise $100 billion per year by 2020 for climate action in poorer countries. The money was originally meant to cover assistance to cut emissions (mitigation) and adjust to climatic impacts (adaptation). It could in future also cover loss and damage.

However, hard fights loom over the details. Most estimates of financing needs already take some account of loss and damage, but the $100 billion figure is towards the lower end of estimates of the total cost of mitigation, adaptation and remaining impacts. Since substantial funding for mitigation and adaptation will still be required alongside funding for loss and damage, developing countries could call for an increase in the total commitment. However, wealthy countries might well resist efforts to reopen the level of the 2020 commitment.

Climate change Minister Greg Combet earlier this week described as “absolute rubbish” the assertion that Australia committed at Doha to compensating other countries for loss and damage, as well as the figure of up to $3 billion a year of taxpayers’ money, reported in The Australian with reference to our research. Indeed, the government neither made a commitment to a specific figure, nor to paying from the budget, nor to anything specific or open-ended on compensation. As the UK Climate Secretary, Ed Davey, has stated, “there is no blank cheque”. Any commitment of specific funding for loss and damage will be a matter for Australia and other governments to decide in due course.

Similarly, how any funds to address loss and damage will be used remains a matter for careful policy design. It is clear enough that funding will not be simply handed out without due consideration for how effectively it will protect vulnerable populations. One possible approach would be to help developing countries to insure themselves against catastrophic weather risks, possibly based on the model of an existing facility operating in the Caribbean, or through the issuance of bonds.

So what has Australia signed up to?

A closer look at what Australia has already signed up to and the policy decisions it will face in coming years can help to put the figures from our research in a more accurate context than that of some of the recent media reporting.

Australia has already committed $599 million in “fast-start” climate finance over the period 2010 to 2012 (around two per cent of the global total). It has also signed on to the Copenhagen $100 billion commitment, and will be expected to pay its fair share, as a rich and carbon-intensive economy.

Based on indicators of wealth and emissions, our research suggests a fair share for Australia would be around 2.4% of the total provided by developed countries, or $2.4 billion per year by 2020. By comparison, Australia’s coal exports last financial year were worth $48 billion.

Our 2020 estimate was intended as an indicative and impartial figure to guide long-term policymaking. We did not suggest that Australia should immediately announce a specific share of the 2020 commitment. More important at this stage is that Australia progressively scales up its current funding – and (as agreed at Doha) reports next year on its strategies for mobilising funding – so that it is well positioned to play its part in the global funding effort by 2020.

It is also worth noting that Australia has committed to provide funding that is “new and additional”. While the meaning of this term remains contested, our paper indicated that relying solely on the aid budget would be unsustainable over the longer term, pointing to the need to identify other public and private sources of funding.

Finding the money will be a political hot potato. Counting private investments would reduce the amount of public funding required below the $100 billion mark. Given the cross-border nature of much private investment, it seems plausible that future discussions over country’s shares in the total might focus on the public component only, after a determination of what the total public funding should amount to.

But at the end of the day, significant public funds will be needed, because many types of adaptation action, as well as loss and damage, are not amenable to private international investment. And there are plenty of fiscally responsible ways to find the funds, starting with cutting tax exemptions for energy production and use.

Following through with existing finance commitments will be crucial for keeping faith with developing countries. Developing countries are rightly being called upon to play a bigger part in cutting emissions but have other urgent priorities like providing basic health, education and infrastructure.

Other developments on climate finance at Doha

Beyond the negotiations on loss and damage, countries made modest progress on other areas of climate finance. Many developing countries and commentators had called for wealthy countries to extend their concrete financing pledges beyond the fast-start period, for example through a collective pledge covering 2013 to 2015. Such a pledge did not materialize, with the US and other countries citing ongoing fiscal problems. Instead, parties agreed only to “encourage” developed countries “to further increase their efforts to provide resources of at least to the average annual level of the fast-start finance period for 2013-2015”.

Nevertheless, several European countries (including the UK and Germany) made individual pledges totalling €6.85 billion (A$8.5 billion) from 2013 to 2014. While Australia deserves credit for signing up at Doha to a second commitment period for the Kyoto Protocol, it is disappointing that it has not yet issued a mid-term financing pledge of its own, despite experiencing economic conditions that are the envy of the developed world.

Other important features of the climate financing architecture continued to take shape at Doha, with wealthy countries agreeing on a range of measures to improve transparency and coherence in how they deliver and track funding commitments. Areas that will require renewed effort in 2013 include putting the policies and guidelines in place to enable the Green Climate Fund to start disbursing funds, and more intensive efforts to identify innovative ways of filling the Fund’s coffers. Australia’s role as current co-chair of the Green Climate Fund means it is well placed to shape effective and transparent ways of delivering funds.

The government may not like to talk about international climate finance at home, and it can justifiably counter claims that it signed a blank cheque on loss and damage at Doha. But Australia, along with other wealthy countries, needs to stand by its previously agreed pledge to contribute to the global funding effort and to assure developing countries that it will continue to scale up funding between now and 2020. Otherwise wealthy countries will undermine their ability to secure the trust and cooperation of developing economies that will be vital for tackling climate change.

Frank Jotzo directs the Centre for Climate Economics and Policy at the ANU’s Crawford School of Public Policy. Jonathan Pickering is a Research Associate with the Development Policy Centre and a PhD student at the ANU.

This is an expanded and updated version of an oped which appeared in The Australian on 11 December.