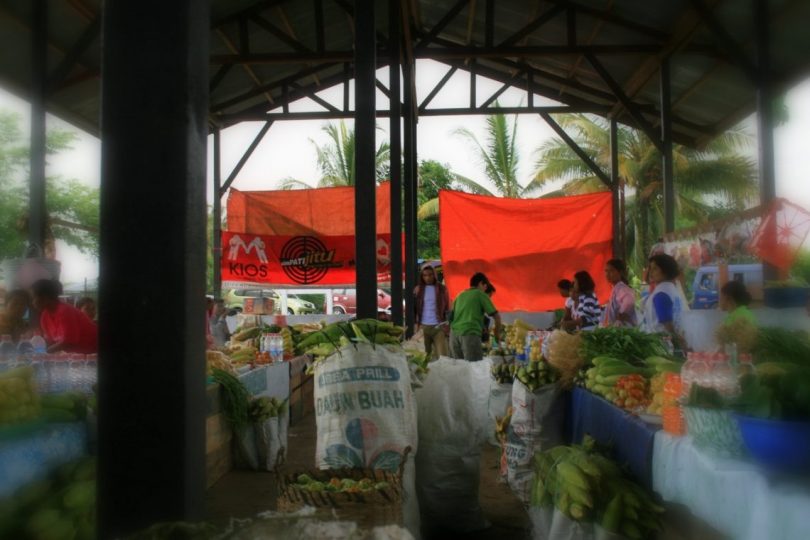 Informal cross-border trade (ICBT) between sovereign states may be illegal, but it is not necessarily antisocial. On balance, and depending on the circumstances motivating traders to evade restrictions, it may even be welfare-enhancing for people on both sides of a border. Where formal, ‘legitimate’ systems of trade are biased in favour of rentseekers, or are sclerotic, corrupt or even non-existent, it may be left to informal ‘illegitimate’ trade to realise what orthodox economists call the ‘gains from trade’.

Among many such examples is Nigeria, some 80 per cent of whose trade with its four neighbouring West African states is said to be informal. Reasons for the importance of ICBT in West Africa include multiple taxes along trade corridors, lack of proper means of transport and an efficient cargo distribution system, truck overloading by ‘formal’ carriers and the failure of states to implement an existing regional compact on the free movement of goods. It seems most of the gains from the multilateral trade between Nigeria and its neighbours are realised informally because frictions imposed by regional governments have stimulated ICBT while handicapping formal operators.

On the island of New Guinea, the circumstances of ICBT are rather different because the major relationship is a simple bilateral one, between the Republic of Indonesia (RI) and Papua New Guinea (PNG). Nonetheless, the characteristics of the PNG/RI trade are recognisable from international experience and the potential for gains from ICBT extends to surprisingly widespread areas of both countries.

The largest trade flows occur between the provinces of Papua (in RI) and Sandaun (West Sepik) in northwest PNG while much smaller flows occur between Merauke Regency in southeast Papua and the adjacent Western Province of PNG. Most of the observable transactions occur in Papua at a marketplace known in PNG as ‘Batas’ (Indonesian for ‘border’) and in Indonesia as ‘Pasar Skouw’ (‘Skouw market’).

Located some 50 km west of the PNG town of Vanimo, Pasar Skouw is visited by hundreds of PNG citizens on its twice-weekly market days. In the opposite direction, smaller numbers of Indonesians – including tourists, and border-dwellers visiting family in PNG – cross into PNG. Their modest expenditures (often made using rupiah) benefit some small local enterprises.

Border officials appear relaxed about PNG consumers returning from Skouw with relatively small purchases of goods, actually or ostensibly for personal consumption. Some travellers do this regularly, becoming professional intermediaries. They may offer inducements to ease their way through the border post. Other informal operations, such as a substantial cross-border tobacco trade, are more problematic and merit separate discussion, on another occasion.

The Indonesian government has built an impressive border facility at Skouw and has announced plans for rebuilding Pasar Skouw as termegah di Papua (‘the grandest market in Papua’). Completion has been delayed and the final result may be somewhat less grand, with only 152 of the promised 300 ‘kiosks’. In 2018, Governor Enembe of Papua estimated annual market turnover at IDR 25.8 billion (about US$2 million, although a wide range of estimates leaves its real value in doubt). Some 90 per cent of turnover was attributed to PNG visitors who buy consumer commodities, tobacco products, food, clothing, home appliances, phones, TVs and other electronic goods, as well as services including printing and sign-writing from Indonesian traders who speak Tok Pisin and (crucially) accept PNG kina for transactions.

The pull of this market extends further, to the PNG Highlands and Lae. Some returning traders visit Maprik in the Sepik to sell Indonesian electronics to vanilla growers, while commodities from Papua also reach the Highlands. While some PNG commentators deplore this activity as involving a ‘loss’ of kina, they seem unaware the cross-border trade is a two-way street. A return flow of kina is received in payment for commodities exported informally from PNG to Papua. In West Sepik Province, these goods are either carried through the border post at Wutung or via unmanned crossing points.

Traders at Pasar Skouw accommodate PNG buyers by accepting payment in kina, which they convert to rupiah at the Skouw currency exchange. Informal exports from PNG to Papua include vanilla, artisanal gold, cacao and massoi bark (the latter a commodity traded from New Guinea to Asia for at least 500 years). Papuan buyers accommodate PNG informal exporters – who require payment in kina – by obtaining the currency in advance from the Skouw exchange. Bank Indonesia (the central bank) would like to acculturate PNG citizens to using rupiah, but accepts progress will be slow.

A further, recent difficulty is that during the COVID emergency the supply of kina from Pasar Skouw has been interrupted. Bank Indonesia reports that a shortage of kina in the border region has disrupted the import trade in vanilla and forest products from PNG.

Some of these transactions may be legal; others may contravene legislation. Some may be undesirable from broader standpoints. Does cross-border vanilla trade sabotage efforts to develop efficient marketing arrangements in PNG? Does the smuggling of very cheap Indonesian tobacco products pose a public health risk? Does it challenge PNG’s revenue base? Such questions should be examined objectively, without any bias against informal economic activity per se. Where the socially beneficial informal activity is found to have infringed regulations then perhaps the regulations should be reconsidered.

Initiatives proposed by PNG local authorities have included a ‘trade centre’ at the border (first mooted in 2014), to capture more economic benefit for Sandaun Province. It appears this may not yet be operational. The Asian Development Bank has been supportive, providing assistance to improve the ‘investment environment’ in the province and to ‘remove infrastructure bottlenecks along the northern transport corridor’ connecting Sandaun and Papua.

On the Indonesian side, and apart from the improvements at Skouw, President Joko Widodo’s policy of bangun dari pinggiran (‘development from the periphery’) involves completion of a Trans-Papua Highway and building official border crossing points at Soto (Merauke Regency) and Yetetkun (Boeven Digoel Regency). The Soto post provides access for Western Province border-crossers to the town of Merauke, an important Papuan commercial and agricultural centre.