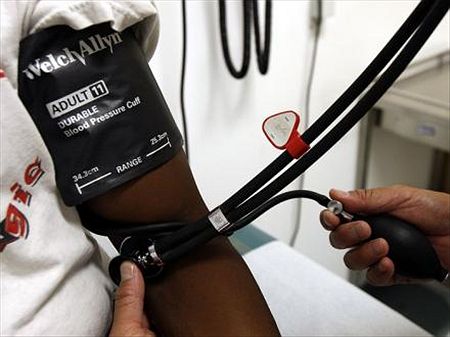 Non-communicable diseases (NCDs), especially diabetes type 2 and cardiovascular disease / hypertension, are causing increasingly significant health, policy and financing challenges in the Pacific. NCDs now cause around 70% of all deaths in the Pacific. Importantly, rates of premature (less than age 60) deaths from NCDs are much higher in most countries of the Pacific than they are for other lower middle income countries globally. Life expectancy is falling in Tonga as a result of NCDs.

The rise of NCDs has important implications for national budgets in the Pacific. That is because governments there directly bear the vast majority of health services costs: there is very little private health insurance or out of pocket household expenditure.

A recent article demonstrates that diabetes type 2 and hypertension are already putting unsustainable financial pressure on the pharmaceutical and broader health budget in Vanuatu.

Progression of diabetes and hypertension to more advanced stages squeezes an already tight health budget. One patient in Vanuatu requiring insulin absorbs the equivalent drug allocation of 76.4 other citizens. Only 1.31% of the total population could be treated with insulin, or 5.3% treated with the full regime of anti-hypertensive drugs, before the total government drug budget for the country was fully spent. Yet the latest estimates suggest a diabetes prevalence of 22% of those aged 20 to 79 years in Vanuatu.

The article concludes that primary and secondary prevention of diabetes and hypertension is therefore a particularly important policy priority. Every person who adopted a healthy lifestyle and was able to avoid diabetes or keep it under control would avert direct drug costs to the Government of Vanuatu of up to $ US 367 per person per year. Those able to avoid or control hypertension through adopting healthy lifestyles would avert costs to government for drugs of up to $ US 75 per person per year: the equivalent of what the government currently spends on average on 18 other citizens.

An advance online version of the article, to be published in the next edition of Pacific Health Dialog, is available here.

Ian Anderson is a Research Associate with the Development Policy Centre. He was the lead author of the article. The advance copy of the article has been published online with the permission of the Editor of the Pacific Health Dialog.