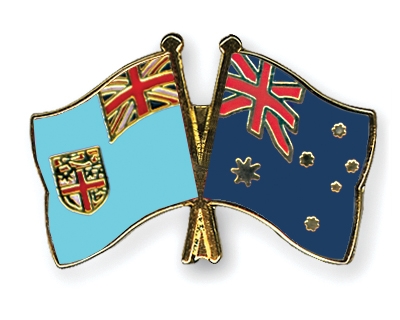 This is a guest post by Jon Fraenkel from the Australian National University.

What should Australia do about Fiji? Four and a half years after military commander Frank Bainimarama seized power, he shows little sign of allowing a return to democracy. Fiji’s coup leader nowadays doubles as military commander and Prime Minister, while senior officers are positioned across the top echelons of the civil service. Parliament, the Great Council of Chiefs and the elected municipal councils have been dissolved. The economy has been in the doldrums for nearly five years, with the sugar industry – once Fiji’s staple exporter – close to collapse and reliant on annual bailouts from an increasingly debt-saddled government.

Against that bleak backdrop, some of Australia’s think tanks have called for a reappraisal of policy towards Fiji. The Lowy Institute urges Canberra to soften its ‘hard-line” stance, and embrace Bainimarama’s timetable for elections in September 2014. The proposal was greeted ecstatically by Graham Davis, an Australian-based supporter of Bainimarama’s government, who applauds that a “once-unthinkable high-level public split has emerged between Foreign Minister Kevin Rudd and the most prestigious Australian think tank on Melanesian affairs” (The Australian 12 May).

The Lowy Institute, a business-funded think-tank, warns of the threat posed by increasing Chinese investment in the Pacific and urges Canberra to respond by focussing ‘more sharply on protecting Australia’s long-term equities’ in Fiji. This call was immediately welcomed by the ANZ bank – which has recently brokered a F$500 million bond for the Fiji government on the Asian money markets and thus has a strong interest in the stability of the Bainimarama government. Unsurprisingly, the opponents of Bainimarama’s government inside Fiji feel abandoned; the University of the South Pacific’s Professor Wadan Narsey, for example, accuses Australian think-tanks of a sell out.

The trouble with the think-tank policy pieces – including also those of the Australian Strategic Policy Institute (ASPI) – is that none of them offer any analysis of what’s going on in Fiji. Nor do they canvass possible future scenarios. To calibrate policy towards Fiji surely you need to establish where things are heading, or where they might possibly head. Crucially, is Fiji veering towards a long-term authoritarian regime, as in Burma or under Suharto in Indonesia? If so, presumably the best policy would be to keep channels as open as possible, and to try to counter trends towards isolationism. Alternatively, is Fiji likely to – eventually – re-democratize, or thirdly are we likely to see a cycle of repeated coups and counter-coups? After all, Fiji has had coups in 1987, 2000 and 2006, and Bainimarama’s position within the military has, at times, looked shaky. Two of his most senior military commanders have been recently removed from their positions and hauled before the courts charged with planning a counter-coup. One of these, Roko Tevita Uluilakeba Mara, dramatically escaped from Fiji aboard a Tongan naval vessel last week, and now calls publicly for regime change.

All three scenarios for the future remain possible, and little is to be gained by accepting at face value the regimes assurances that it will re-democratize in 2014. The think-tanks depict Australian policy towards Fiji as rightfully omnipotent so that – where Canberra does not get its way – policy is deemed to have “failed”, but this kind of grandstanding across the region has a poor record of success. Both the Lowy Institute and the ASPI portray the standoff between Australia and Bainimarama’s government as somehow driving events within Fiji. Yet it is the clampdown on dissent within Fiji and the absence of meaningful domestic dialogue that prevents concrete steps to break the deadlock.

The proposal to address that deadlock by embracing the September 2014 election date is depicted as a new and innovative foreign policy stance. In fact, it is merely a rehash of the failed approach – inspired by the Commonwealth’s Millbrook Declaration – tried immediately after Fiji’s 2006 coup. In early 2007, Australia, New Zealand, the European Union and the Pacific Islands Forum (PIF) urged Fiji to accept a two year ‘roadmap’ towards elections by early 2009. That allowed the aid money to keep flowing, and a joint working group was established to focus on the technical electoral issues, ignoring the politics. Bainimarama initially promised elections by May 2009, but then he publicly repudiated that assurance in mid-2008, clearly aware that his government lacked popular support. He abrogated Fiji’s constitution in April 2009, and soon afterwards said elections would not be held until 2014.

If that latest promise were genuine, it might make sense now to accept this as the best of a set of bad options, and to get behind the Fiji government’s preparations, including the proposed constitutional review scheduled for 2012. The trouble is that it is no more genuine than the last promise of elections. Bainimarama is on record stating that he will not allow any of Fiji’s major political parties to contest the elections. What is the point of accepting at face value the 2014 election commitment if Bainimarama says he will not allow any of the major parties to participate? Elections are only useful if they are part of a process of political dialogue and re-democratization. Otherwise, all you are doing is encouraging Fiji to hold cosmetic elections for hand-picked regime cronies.

Many of those who sympathise with Bainimarama like to depict the policy debate as being about whether or not Canberra should engage with Bainimarama. Of course there needs to be dialogue, but negotiations need to be oriented towards encouraging the removal of draconian public emergency regulations and intense media censorship, the normalization of diplomatic relationships, getting the soldier-civil servants back to barracks and – above all – kick-starting talks involving Fiji’s civilian political leaders.

Jon Fraenkel is a Senior Research Fellow at the Australian National University.

A version of this article originally appeared here in The Australian.

Jon Fraenkel is a Professor in Comparative Politics in the School of History, Philosophy, Political Science and International Relations at Victoria University of Wellington. He formerly worked at the Australian National University (2007-12) and the University of the South Pacific in Fiji (1995-2007). He is author of The Manipulation of Custom; from uprising to intervention in the Solomon Islands and co-editor of The 2006 Military Takeover in Fiji; A coup to end all coups? He is the Pacific Islands correspondent for The Economist.