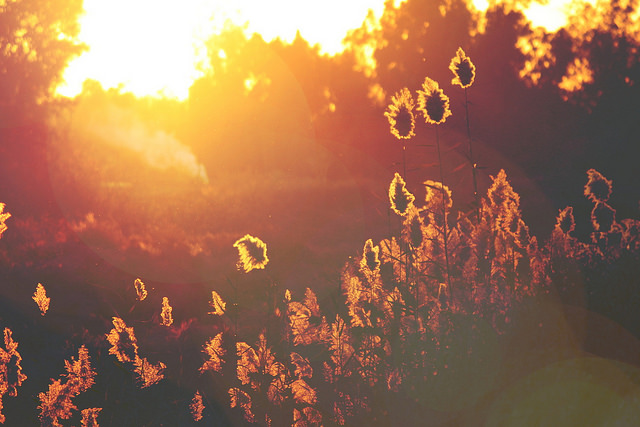 The end of the Cold War and the apparent triumph of Western liberalism can be seen to have ushered in a ‘golden age’ for international NGOs (INGOs). They were seen by many as the ‘magic bullet’ for solving global poverty and the ‘favoured child’ of international donors.

This belief in the power of international civil society to do good led to an explosion in the number and size of INGOs, particularly after the end of the Cold War.[1] The growth in resources was quickly accompanied by a commensurate increase in their domestic and international political influence.

The signs are, however, that this unprecedented increase in resources and influence is over: the golden age for INGOs has ended.

Some of it is a welcome consequence of the progress we have made in reducing global poverty and supporting local communities to help themselves. As countries migrated from low to middle income, politicians and their citizens expect their government to take the lead role in local service delivery and responding to natural disasters. Public servants and politicians in these countries resented the large sums being channelled through INGOs and leaned on donors to provide a greater proportion of humanitarian funding directly to government-run relief efforts.

But there are other, less positive forces at work.

The globalization of political structures, the growth of international institutions and the spread of Western liberal democratic values since the end of World War Two created an environment highly conducive to NGO growth.

Nationalism and xenophobia are on the rise.

The United Kingdom has voted to leave the European Union, the United States has elected President Donald Trump on an ‘America First’ platform. A recent Demos Report talked about ‘an age of anxiety’ across Europe.

In Australia, the Coalition is scrambling to respond to the growing popularity of Pauline Hanson’s One Nation Party.

Conflicts in Syria, Yemen and elsewhere have seen civilians targeted in flagrant breach of international humanitarian law. Populations are starved and raped as weapons of war. When people manage to flee the horror, they find themselves increasingly unwelcome around the world.

NGO staff and facilities are also being targeted, sometimes intentionally, often recklessly, by state and non-state actors in conflict. Hospitals are destroyed, aid convoys are bombed and aid workers are gang raped and murdered.[2] The number of annual reported kidnappings of aid workers quadrupled between 2002 and 2014.

The war on terror is not only making NGO operations more risky, it is increasingly being used as an excuse to place restrictions on civil society. In 2014, 96 countries took action to limit civil society freedoms of expression, association and peaceful assembly. New pieces of legislation have multiplied around the world – on foreign funding of NGOs, placing restrictions on NGO registration or freedom of association, instituting anti-protest laws and laws that curb advocacy and free speech.

According to the Freedom House Annual Survey, 2016 marked the 11th consecutive year of decline in global freedom.

At the same time, there has been a broad based decline in trust of institutions. NGOs are not immune from this loss of trust. A recent report found global public trust in NGOs has fallen to 53% from a high of 75% in 2001.

Some but not all of this is outside of NGO control.

International NGOs, as a sector, have failed to sufficiently respond to changing stakeholder expectations.

When donors have asked for better evidence of the effectiveness of programming, NGOs have generally been unable to adequately respond. Their public communications on the impact of their operations is not strong enough.

As for-profit operators have muscled in, NGOs have also failed to articulate the ‘value add’ that mission driven, rather than profit driven, organisations provide.

Overall, NGOs have failed to be sufficiently innovative or been prepared to cannibalise their own business model to improve outcomes for beneficiaries fast enough. A group of researchers from leading universities recently argued that “the humanitarian architecture looks remarkably similar to the way it did in the 1950s – only much bigger”. Sara Pantuliano, of the Overseas Development Institute suggested that the lack of reform in the humanitarian sector was due to a failure by the UN and INGOs to give up power and change the way they operate. NGOs’ failure to lead change has resulted in donors imposing it on them.[3]

How should INGOs respond to this harsher operating environment?

They should begin by getting their own houses in order.

This means investing more in capturing and communicating the evidence of the impact of their activities. Not only will this provide donors with greater confidence, it will also be a critical way to combat governments seeking to place greater restrictions on NGOs.

Of course, this will require donors who are willing to pay for improved systems for evidence collection and evaluations.

They must be more prepared to consider different business models and to examine greater collaboration, including through mergers.

There are around 600,000 not-for-profits in Australia, and more than 50,000 charities. There are enormous opportunities for improved efficiency and effectiveness in the sector if CEOs and their boards are prepared to put ego to one side and genuinely consider the benefits of merging with organisations that share a similar mission.

They need to harness the opportunities of new technologies.

International NGOs should also look for ways to make the challenging environment work for them.

For example, as political rhetoric becomes more nationalist, there will be many who will want to find ways to resist it. Through donating, volunteering or campaigning, INGOs can be one vehicle for such resistance.

Interestingly, after years of flatlined public giving, the Australian Council for International Development recently reported 10% growth in giving to INGOs.

Similarly, the global elite know that they must find constructive ways to respond to the rise of nationalism and xenophobia. This can be used to build support for internationally agreed frameworks like the Sustainable Development Goals (SDGs). At this year’s World Economic Forum meeting in Davos, for example, the SDGs were a reference point that framed almost all discussions. There were few participants not wearing the Global Goals badge. The challenge is to turn this symbolic support into concrete actions that help to turn the tide.

The golden age for INGOs is unlikely to return soon. But this changed operating environment should inject a renewed vigour into the sector. The role of making the world a better place for the most marginalised is as important as ever.

Paul Ronalds is CEO of Save the Children Australia and author of The Change Imperative: Creating a Next Generation NGO.

[3] A good example is the recent, “deliberately disruptive” decision by DFID and ECHO to simplify its cash programming in Lebanon through one, $85 million contractor; see here.