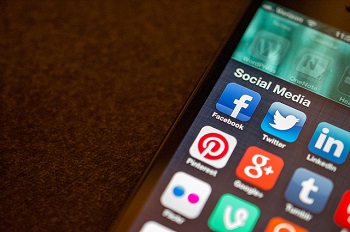 Over the past few years we’ve seen a number of examples of how social media in Fiji has been used as an alternate space for political engagement and dissent. It has offered a platform for citizen journalism during the #FijiCrackdown in September 2016, as a vehicle for youth political engagement and a political campaign strategy during the 2014 elections, and as a vehicle for bottom-up regionalism through the Free West Papua Campaign.

Commentary on these examples has focussed on the evolution of social media as a comparatively democratic space for communication, information and dissent, in the wake of continued restrictions on freedom of expression and a prevailing culture of self-censorship within the nation’s mainstream media institutions.

However, there has been little interrogation of the everyday practices of social media use by activists in Fiji, and the implications of this both online and offline.

Recent research by the Developmental Leadership Program (DLP), in partnership with researchers at the University of the South Pacific, seeks to respond to this gap. It explores how young feminists and women’s rights activists in Fiji are using digital technologies such as social media as part of their advocacy and activist practice.

In-depth focus groups conducted with 22 young women’s rights activists in Fiji over the course of 2016 revealed the myriad ways in which social media shapes their experiences as feminists and activists.

A strong theme in these discussions was the notion of global networking and ‘sisterhood solidarity’ online – in particular the ability afforded by social media to tap into global movements and moments and make users feel connected and engaged while geographically removed. As one participant said: “…it [social media] transcends the physical space into the cyberspace”. This has enabled young women in Fiji to find a ‘home’ in online spaces in situations where they feel isolated within their own families or communities:

For young women’s rights activists in Fiji, social media is also a platform through which they can engage in citizen journalism to attract international media attention to a campaign or issue. For example, when a young activist lost their scholarship at the University of the South Pacific because they had taken part in the political campaign of an independent candidate in the lead up to the 2014 elections, fellow activists turned to social media to advocate for an immediate reinstatement. The concerted social media campaign prompted public outcry and attracted the attention of media in Australia and NZ. The combination of public pressure and international media coverage was enough to prompt a policy reversal and reinstatement of the scholarship.

In another example, an online campaign known as ‘Take Back the Streets’ was initiated in 2012 in response to a number of incidences of harassment of women and girls by drivers of public service vehicles. Members of the young women’s movement created a Facebook group to document these instances of harassment – the dates and times at which they took place, and the number plates of the vehicles involved. While the initial contributions to this platform came from within the women’s movement and immediate social networks, the Facebook group eventually attracted a broader range of contributors:

“…a lot of women who shared their stories actually said in those posts that they just don’t think about women’s rights, so that’s the violation they felt and immediately they just wanted to talk to somebody who understood and they thought of other women activists, which is how a lot of women come to us, like who have never thought of feminism.” (Focus group participant)

In turn, the evidence posted in this Facebook group was collated and included in a submission to the Land Transport Authority on the need to increase public transport safety for women and girls.

However, online activism is not without its risks. For example, the ‘Take Back the Streets’ public Facebook platform became a target for threats and vilification of contributors before the page was eventually migrated into a closed group. For the activists who participated in this research, this type of online harassment has become a barrier to their social media activity that has to be negotiated on a regular basis. The most prominent example of this is the experience of independent political candidate Roshika Deo who received threats of rape and violence in response to her political campaigning and advocacy on social media.

So what does this mean for digital activists and the institutions supporting them? Firstly, there is the need for a more nuanced consideration of social media and public interest, particularly when it comes to calls for increased legislation and regulation. For many in the digital activism space, there is a fear that government attempts to regulate social media will lead to a further restriction of space for free expression and political dissent, much in the same way as mainstream media regulations. It has been suggested that countries such as Fiji adopt an ‘education rather than regulation’ approach, which would see stronger public education to prevent online harassment and vilification, particularly articulation of existing legal frameworks regarding libel and harassment.

Furthermore, there is a need to recognise that many activists, particularly those in the women’s rights space, are conducting the bulk of their digital advocacy in their capacity as individuals rather than through any organisational affiliation, with little anonymity or institutional safeguards. In order to increase protection for women from ICT-enabled gendered violence, while simultaneously building their capacity to engage in meaningful debate and dialogue online, it is necessary to foster greater engagement and support from the broader NGO sector.  Currently, these opportunities are somewhat constrained by an NGO culture that conceptualises social media largely as a tool for one-way information dissemination, rather than a platform for dialogue.

Tait Brimacombe is DLP Research Fellow and Romitesh Kant is an Honorary Research Associate at the Institute for Human Security and Social Change at La Trobe University. Glen Finau is a PhD Candidate at the University of New South Wales. Jope Tarai and Jason Titifanue are Teaching Assistants in the School of Government, Development & International Affairs at the University of the South Pacific.

This post is based on preliminary findings from the DLP-funded project ‘Digital Feminism in Fiji’, which were presented at the Australasian Aid Conference, February 2017. Full findings from this research will be published over the course of 2017.

Romitesh Kant is an Honorary Research Associate at the Institute for Human Security and Social Change at La Trobe University.

Glen Finau is a PhD Candidate at the University of New South Wales.

Jason Titifanue is a Teaching Assistant in the School of Government, Development & International Affairs at the University of the South Pacific.