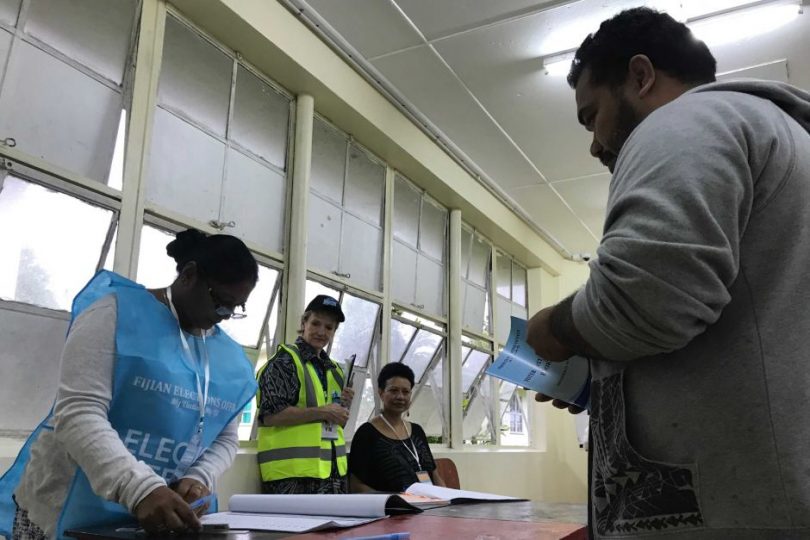 The 2018 Fiji elections were finally concluded with the official results announced on November 18. FijiFirst will form Government with 27 seats in the 51-seat parliament, and the Social Democratic Liberal Party (SODELPA) and the National Federation Party (NFP) will form the Opposition, with 21 and three seats respectively.

Much of the reporting by state-inclined media organisations has been emphatic about FijiFirst’s victory and the Opposition’s loss. However, a comparison of the 2014 and 2018 election results reveals a more complex picture of the losses and gains made by the three main parties.

The National Federation Party has increased its total votes by 64,49, receiving 33,515 votes. This results sees the NFP maintain its three-seat position in Opposition.

The table below shows the votes for the three main parties by the three main divisions (the Eastern Division will be discussed later). FijiFirst and SODELPA received a similar number of votes in the Central and Northern Divisions. FijiFirst won the election in the Western Division, gaining over 60% of Western votes, compared to a little over 20% for SODELPA. Much of FijiFirst’s Western support came from within the Nadi and Lautoka area. 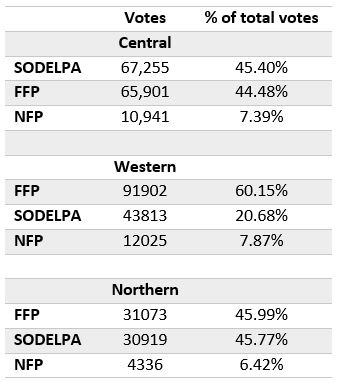 Although this division is a well-known SODELPA stronghold, the distribution of votes in this division was evenly divided between FijiFirst (44.68%) and SODELPA (45.62%), with NFP receiving 7.11% of the vote. Votes for all parties were well above their 2014 figures, given the anomaly already discussed.

On November 21, seven days after polling, the Supervisor of Elections announced that the Fiji Elections Office would be updating the Divisional distribution boundaries to explain this Eastern Division anomaly.

The significant jump in the number of voters in the Easter Division raises serious questions, not only for the Fiji Elections Office but also the overzealous multi-observer group, which declared the process credible even before official counting had been completed.

FijiFirst’s victory is a narrow one despite its lavish and well-resourced campaign of handouts, and its dominant media position and social media campaigns. FijiFirst has made real and significant losses, failing to attain a convincing victory as it did in 2014. What is compounding FijiFirst’s emerging woes is the increasingly evident concentration of power in the two party leaders’ hands: the Attorney General, Aiyaz Sayed Khaiyum, and Prime Minister Voreqe Bainimarama. Both hold key ministerial portfolios and openly display a demeanor that has incensed a considerable number of Fijian voters.

On the other hand, SODELPA gained significantly and appears to have revitalised itself. The emergence of the controversial leader of the 1987 coup and former Prime Minister Rabuka initially divided the party, but it appears the change in leadership paid off: the party was brought together for the elections. How this new-found traction will unfold in the coming months is unclear considering SODELPA’S deep rooted interests in indigenous Fijian politics. NFP has sustained its momentum, increasing votes and attaining the same number of seats it did in 2014.

FijiFirst may have won the 2018 general elections, but it was the opposition that celebrated. It looks set to be in a strong position come the next election.