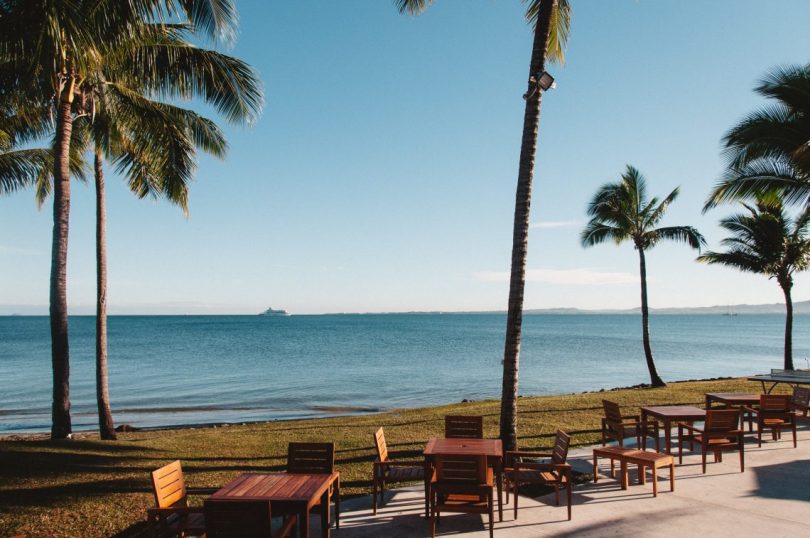 Fiji is hoping to return to 70% of pre-COVID-19 tourism levels.

It will be much less if Fiji is forced to choose between being trapped in a travel bubble with Australia and New Zealand (which won’t include Fiji until later) or, access to the rest of the world, right now.

New Zealand, like Fiji over a month ago, now seems to have eliminated the coronavirus. Australia is having a harder time before the weather cools. Some modelling indicates that the virus will surge again based on lower temperatures and human behaviour (people spending more time indoors). Fiji’s success may be partially attributable to tropical weather reducing community spread. If there’s a disparity in disease burden, it’s unlikely New Zealand would agree to open its borders to Australia. They’ve worked too hard.

Tourism represents one-third of GDP in Fiji. Australia and New Zealand are more self-sufficient, inter-connected and less tourism-dependent, so their proposed bubble offers both of them more benefit and fewer drawbacks than it does Fiji.

Another possible model is that Fiji could make two bubbles: one for Australia and New Zealand (ANZ, when/if that happens) and another for the rest of the world (right now!). An internal cordoned-off area could be centred in the less-populated western part of Fiji, around the Nadi International Airport (NAN) connected directly to nearby isolated resorts/northern islands, which are naturally built for this. Resort staff would be required to live on-site and airline staff could also be quarantined in this same cordoned-off area. Both groups of workers would have to test and transition over two weeks before returning to the general population. This would remove the burden of testing and quarantining Fiji’s entire tourism arrivals, as they’d be functionally isolated. And this could be done today.

A hybrid model could involve having Nausori International Airport (SUV) serving the possible ANZ travel bubble, with those passengers released directly into the general population, as there would be no risk of infection. This would be an elegant solution because most arrivals from ANZ will be for family and possibly business, with a much smaller percentage for true tourism. A third of Fiji’s population lives within a few kilometres of SUV airport, so most visiting friends and relatives would be close to family on arrival. Hotels and resorts outside of the western NAN bubble could exclusively cater to any ANZ tourists.

Even with promising vaccine trials, we’re probably one to two years from anything approaching normalcy. If we achieve global herd immunity by then, ironically, that could put ANZ and Fiji at a disadvantage.

In the rest of the world, we’re already seeing a lot of quarantine-fatigue. This provides an opportunity for disease-free regions, like Fiji, which should be marketing itself as a safe destination for travel now. Fiji’s tourism competitors are already opening up. Europe is already discussing a similar concept called an “air bridge” that would allow quarantine-free travel and keep tourists out of their heavily populated areas – just as this hybrid model would.

Unlike tourism to ANZ, foreigners don’t flock to see Suva or other urban sites. Keeping Suva and other key urban areas out of bounds will not impact tourism.

One thing is for sure, time is of the essence. In business school case studies, corporations that have done well after recessions are those that kept their doors open and their brand front-and-centre in the public’s imagination through advertising and public relations. Fiji cannot afford to stop being considered a destination for any amount of time.

Another consideration is keeping the tourism sector functioning, even at reduced capacity, because rebuilding the industry will take years if it is allowed to atrophy during this period. The national airline just sacked 800 employees.

Fiji was one of the first to show the world how to eradicate the virus. It must now be the master of its destiny and use this advantage to market itself as a safe destination. If this opportunity is squandered, it will take a generation to rebuild.

The author has lived and worked in Fiji and is waiting to go back.