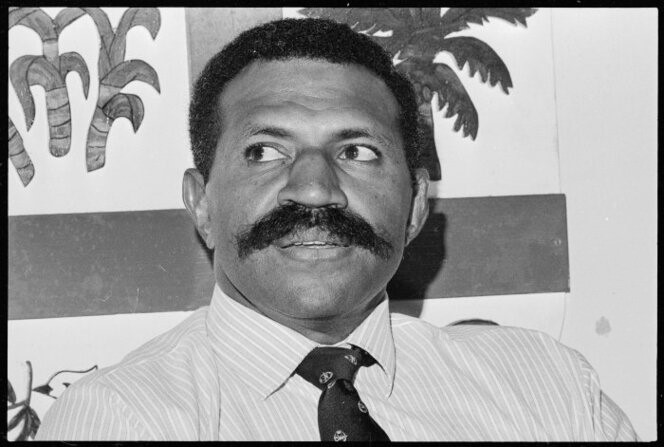 This year marks the 34th anniversary of Fiji’s first military coup on 14 May 1987 – an event that changed the country’s destiny.

The coup, instigated by third-ranked military officer Lieutenant-Colonel Sitiveni Rabuka, stunned the country, but given our troubled background, we should perhaps have been more prepared.

The 1987 coup is blamed for Fiji’s “coup culture”, with subsequent upheavals in September 1987, May 2000 and December 2006. However, the roots of the problem lie not in 1987, but in another era. Not that this absolves the coup instigators – sedition is a crime – but the 1987 coup, as has been argued by others, was a product of colonialism.

When the British shipped (on the basis of false promises) around 60,000 Indian indentured labourers to Fiji between 1879 and 1916, they did not bother to consult the indigenous Fijians, such was their sense of entitlement.

Colonial avarice has had a lasting effect, with indigenous Fijians and Indo-Fijians ending up in a situation not of their making, but which they need to fix. Colonialism cannot become an endless excuse, especially 50-plus years after independence. Besides, the lust for political power and privileges by the elites also feed into our coup culture.

For the Indian arrivals, Fiji turned out not to be an entirely poor decision. After the harrowing journey, and at the conclusion of servitude in the country’s cane fields, many chose to stay back as their prospects in India did not look that bright.

In typical migrant fashion, generations of Indo-Fijians worked hard to survive since, unlike the indigenous Fijians, they had no land or communal network to fall back on. Indo-Fijians prioritised education, and fought for equal citizenry in a country that has not only been accommodating, but has given them much in return, although too many still live in poverty.

Indigenous Fijians were hampered by traditional obligations, and frustrated by the yoke of colonialism, including an edict restricting them to village boundaries. This prevented the more enterprising indigenous Fijians from establishing themselves commercially in the towns and cities, giving the Indo-Fijians a head start. In subsequent decades indigenous Fijians have become better represented in the professions, and have developed a strong middle class, making inroads in business, especially in the tourism sector.

In the 1980s, however, indigenous fears about economic marginalisation and political displacement gained momentum, with some leaders using the race card to fuel anxieties. The catalyst for the 1987 coup was the electoral loss of the indigenous Fijian-dominated Alliance Party to the National Federation Party-Fiji Labour Party coalition.

Adding salt to the Indo-Fijian wound was the coup date’s link to the arrival of the first Indians to Fiji’s shores on 14 May 1879. In addition, many cannot forgive the appalling treatment of Fiji’s second prime minister, the distinguished Dr Timoci Bavadra, who lasted only a month in power. The late Bavadra was labelled an “Indian stooge” for promoting multiracialism.

Some claim the 1987 coup divided the country, but in reality, the country was already divided. The coup aggravated existing divisions and brought them to a head. Some saw the coup as a means of catharsis – an opportunity for Fiji to come to terms with its problems and find solutions. In reality, it has been more like a cancer that has spread, and continues to plague the country.

The 1987 coup was an undeniably traumatic event, with prolonged social and economic consequences. At the same time, those who have stayed behind – and many Indo-Fijians have of course left – have had no choice but to pick up the pieces and trudge on, hopefully having learnt from history and personal experience of the devastating impact of coups. Perhaps in time, Fiji will indeed become a Singapore or a Mauritius, as envisioned by some. This process of maturation not only takes time, it comes with trials and tribulations since humanity is complex, and even more so given the volatile mixture that makes up humanity in Fiji.

There is hope: even Rabuka changed to team up with his nemesis, the National Federation Party leader, Jai Ram Reddy, to implement a more equitable Constitution, only to be rejected by voters in the 1999 elections. Rabuka lost the prime ministership but says it was worth the 1997 Constitution.

Leaders play a crucial role, and Fiji will only progress if there are no more coups. But the population also has to learn from the past. In a mixed society, everyone has a stake in social cohesion and has to make it work if the country is to progress.

An earlier version of this article was published by the Fiji Times.