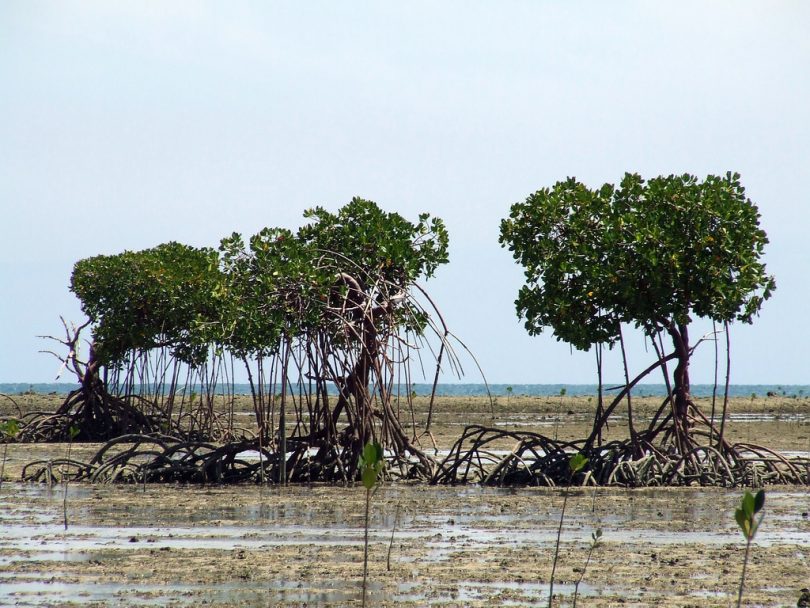 Here’s a question: what do France, Poland and Fiji have in common?

They are the only three countries in the world to have issued sovereign green bonds as a means of helping to deal with the impacts of climate change.

Fiji, which just presided over the international climate talks, COP23 in Bonn, also has the added distinction of being the first emerging market in the world to launch a sovereign green bond, with the aim of raising FJ$100 million (USD$50 million).

As COP23 President, Fiji also made history by becoming the first small island developing state to preside over those United Nations climate talks – a move that put the plight of the world’s small island states squarely on the international agenda. And as host, Fiji sought to lead by example by showcasing its sovereign green bond, with the aim of inspiring other nations to seek similar innovations. Unlike its Polish and French counterparts, Fiji’s sovereign green bond is the first with a special emphasis on adaptation – building up the resilience of its country to climate impacts.

For Fiji, a nation of 900,000 people living in the Pacific, climate change is a harsh reality.

Last year saw Cyclone Winston – the strongest cyclone in the southern hemisphere – kill more than 40 people and wipe out almost one third of the country’s gross domestic product (GDP). Fiji is still rebuilding in the wake of that cyclone, and due to coastal erosion from the seas, more than 40 villages have been slated for removal to higher ground.

A new World Bank report estimates that to reduce its vulnerability to climate change, Fiji needs an investment of more than FJ$9.3 billion (USD$4.5 billion) over the next ten years. It’s a huge challenge requiring major investment.

Currently, the average asset losses resulting from tropical cyclones and floods are estimated at more than FJ$500 million per year, representing more than five per cent of Fiji’s GDP. By 2050, climate change could result in floods and cyclones leading to asset losses 50 per cent higher than that current average. And it is estimated that on average, 25,700 people – three per cent of the population – are pushed into poverty every year in Fiji due to tropical cyclones and floods. By 2050, that number could increase to over 25 per cent of the population.

A sovereign green bond can provide liquidity and scale to a market, attracting other corporate issuers and new investors, especially those with an environmental and social governance mandate. It can also improve collaboration between ministries and improve policy certainty in the country. And it could set a precedent for subsequent private sector led green bond issuances by sub-sovereigns, corporations and financial institutions.

While relatively new on global markets, green bonds are growing rapidly. Global issuances have already topped USD$100 billion this year. However, to join the ranks of sovereign green bonds like those from France, Poland and now Fiji, countries must have in place a green bond policy framework that reflects international guidelines for use of proceeds, disclosure and reporting.

The green bond market, while relatively new, has faced several challenges, including: ensuring there is a pipeline of bankable projects to finance from the proceeds of the bond, a lack of commonly accepted standards, underdeveloped local bond markets, and a scale mismatch between projects, bonds and institutional investors.

But the International Finance Corporation (IFC) and the World Bank were able to help Fiji develop a bond as well as work on developing a sustainable finance roadmap for the country, which includes establishing a green bond policy framework and incorporating a second party opinion provider to ensure transparency and consistency with international green bond principles.

The World Bank Group’s work on Fiji’s sovereign green bond was financed by the Australian Government under its Fiji Partnership with IFC that supports, among other activities, capital market development. IFC provides advice to governments and central banks through its Finance and Markets Global Practice to create the foundations for capital market growth, which in turn creates long term private sector fundraising opportunities.

IFC was also one of the earliest issuers of green bonds, launching a green bond program in 2010 to help catalyse the market and unlock investment for private sector projects that support renewable energy and energy efficiency. In April this year, IFC partnered with asset management company Amundi to launch the world’s largest green bond dedicated to emerging markets – a $2 billion initiative aimed at unlocking private funding for climate related projects.

The first tranche was issued at two tenors, a five-year with a coupon rates of 4.00 per cent (a discount compared to the 5-year ‘vanilla’ government bond), and a thirteen-year at 6.30 per cent per annum, equivalent to Fiji’s ‘vanilla’ bond October pricing.

Two further tranches will go on offer next year prior to May. While the fundraising targeted domestic investors, the investor base included both domestic and international investors, a first for a Fijian-dollar-denominated bond, which points to the unique appeal of the green label of the bond.

Global research is ongoing as to the pricing effects of green bonds, including assessing whether there is a ‘greenium’ or price premium that investors are willing to pay for a green bond. While it’s too early to reach conclusions at this stage, early research by IFC with the Climate Bonds Initiative suggests that over-subscription and tight pricing is the norm. Green bonds tighten in the immediate secondary market and on average out-perform benchmarks in the first month.

Green bonds also attract a broader range of investors, which can offer more stability during volatile periods and which may ultimately lower the cost of funding for issuers. Where raising capital can be expensive for emerging economies such as Fiji, this can lead to much-needed savings for governments.

In line with Fiji’s focus on adaptation, likely projects to be funded from the bond proceeds include reforestation of indigenous trees, work to improve crop resilience and reduce risk of flooding in sugarcane areas, and rehabilitating schools in line with the Build Back Better principles so that they are more resilient to future risks.

The Government of Fiji has also said proceeds will also be used to meet its commitments to achieve 100 per cent renewable energy and reduce its carbon emissions in the energy sector by 30 per cent by 2030 – made as part of the historic Paris climate change agreement reached at COP21.

Fiji has committed to annual reporting on the use of the proceeds of the bond on ‘green’ qualifying projects, verified by an external auditor. It is also in the process of developing impact indicators on its projects, which over time will form part of the reporting process to investors. These commitments are set out in Fiji’s green bond policy framework, and IFC, through its own experience as a green bond issuer, will continue to provide technical support to Fiji in developing this process.

On issuing its policy framework, Fiji also had a second party externally review the framework’s compliance with the Green Bond principles. These moves reflect that much of the growing green bond market relies on transparency to maintain the market’s reputation, and it is critical to avoid ‘greenwashing’ of projects with limited green features.

For an island nation like Fiji, the proceeds from the green bond are but a small step towards the billions of dollars of funding needed to reduce the country’s vulnerability to climate change.

However, Fiji has proven to the world that a small island nation can leverage green capital markets to help its people, who have no choice but to deal with a changing climate. It can be done. And in Fiji’s case, it was achieved in just under four months. The hope is that other nations – big and small – will learn from Fiji’s innovative example and be inspired to follow in its footsteps.

Tom Jacobs is the International Finance Corporation's Country Manager for Australia, New Zealand, Papua New Guinea and the Pacific Islands. Prior to this, he helped launch a corporate finance group in London specialising in early-stage companies, and from 1996-1999 led the operations of a developmental investment fund in Kyrgyzstan where he managed SME lending and equity portfolios. He has also worked in manufacturing and commercial banking in the United States.