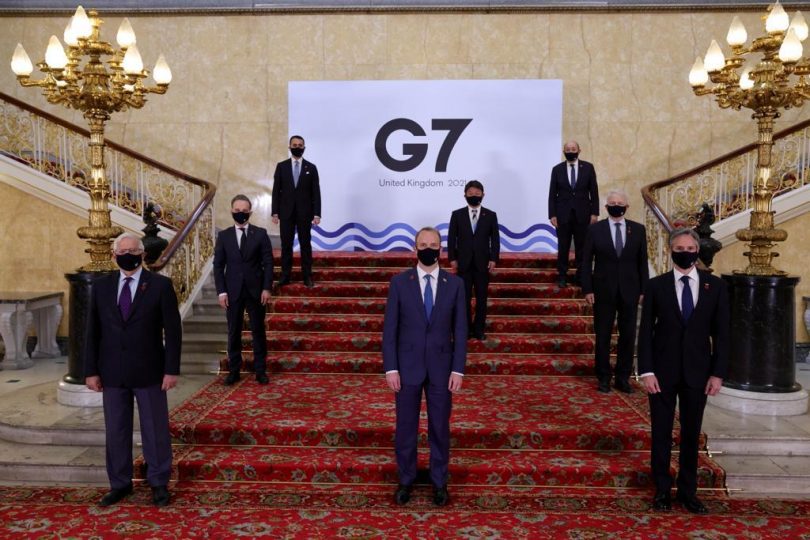 It’s not often that world leaders come together to focus on explicitly humanitarian issues. Things must be bad to trigger commitments to people in fragile and ‘forgotten’ contexts in such a striking manner.

But that’s exactly what happened last month: G7 nations adopted a new famine prevention and humanitarian crises compact. Foreign Ministers from the world’s most advanced economies met in London to address the unfolding global hunger catastrophe and begin to stem the huge growth in need in the world’s conflict hotspots – countries like Yemen, South Sudan, Democratic Republic of Congo, Ethiopia, Syria and Afghanistan.

Things are certainly not looking bright. Humanitarian needs among crisis-affected people have effectively doubled since the beginning of the COVID-19 pandemic, with 235 million people needing assistance this year to survive. Around 34 million people currently face a hunger emergency, one step away from suffering famine. Most of these women, men and children live in war-torn countries across Africa and the Middle East. Around half of them are children whose futures are at risk.

The new famine prevention compact is timely and important. It symbolises a political commitment at the highest level to reverse extremely dangerous humanitarian trends. On paper, the compact comes with significant funding commitments: G7 nations pledged to provide an initial US$1.5 billion (A$1.94 billion) to immediately respond to famine-like conditions in South Sudan, Yemen and Nigeria. They also pledged an initial US$7 billion (A$9 billion) to support famine prevention efforts in more than 30 countries. Further commitments are likely to follow later this year.

So where does Australia stand on all of this? So far, the Morrison government has been eerily quiet. Foreign Minister Marise Payne participated in recent G7 meetings, yet despite high-level international momentum, no humanitarian commitments on famine prevention have been forthcoming. In the recent federal budget, the government modestly increased humanitarian assistance (from A$475 million to A$485 million per year) but walked back from its 2017 Foreign Policy White Paper commitment of A$500 million – still a far cry from Australia’s fair share. There were no new initiatives to support and implement the G7 famine prevention compact.

Australia’s focus these days is, of course, firmly on the Indo-Pacific, for political and geostrategic reasons, and efforts to support our Pacific neighbours in the fight against COVID-19 have indeed been strong. But a principled approach to aid, as well as a more comprehensive understanding of security and ‘national interest’, would require Australia to simultaneously tackle crises further afield. Why would Australia not have an interest in averting famine in South Sudan, Yemen and Afghanistan?

Humanitarian agencies such as World Vision have been stepping up efforts to provide emergency food, cash, school meals and nutrition support to children at risk. We know from experience that if we are too late, thousands will die. During the 2011 Horn of Africa crisis an estimated 258,000 people died, half of them children under five, because food assistance was insufficient – and late. Nearly half of all the loss of life from hunger took place before famine was even officially declared.

This time must be different. Prime Minister Scott Morrison will participate in the upcoming G7 Leaders’ Summit on 11-13 June – an opportunity to rise to the occasion and demonstrate strong humanitarian leadership. World Vision is calling on him to adopt a A$150 million famine prevention package, to support immediate hunger relief outside the Indo-Pacific region. Because Australia should support laudable G7 efforts. And because there is no excuse for famine in the 21st century.

Carsten Bockemuehl is the Senior Policy Advisor for Conflict and Fragility at World Vision Australia. He has worked to protect children from hardship and distress in Syria, West Africa, Papua New Guinea and at the Bangladesh-Myanmar border.