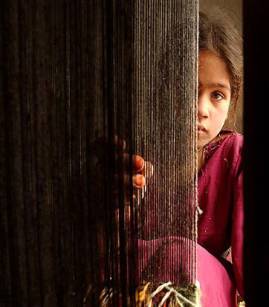 Poverty measurement is important.  It is used to advocate for scarce resources, to allocate those resources, to determine access to entitlement programs, to evaluate projects, programs, and institutional designs, to provide the basis for anti-poverty analysis, and to resolve key debates.

According to World Bank statistics, between 1990 and 2005, global poverty fell from 42% to 25%, or from 1.8 billion to 1.4 billion people.  The World Bank’s International Poverty Line is currently set at US$1.25 2005 PPP.  That is, the International Poverty Line is supposed to reflect the purchasing power in local currency that $1.25 had in the United States in 2005.

According to the United Nations Food and Agricultural Organization statistics, between 1990 and 2007, hunger fell from 16% to 13%, although the number of hungry people actually increased as an absolute number from 843 million to 848 million. But can it be possible that the proportion of poor people has nearly halved while the proportion of undernourished individuals has barely changed at all?

Upon further reflection, the method for calculating and updating the International Poverty Line (IPL) is flawed.  The IPL is based (in most cases) on household consumption-expenditure surveys, which track the value of goods consumed by a household, recording the actual prices when goods have been purchased and imputing prices when they have not (such as when food is grown at home, or when education is publicly provided, or health services are provided by an NGO).  Once the total value of the goods consumed by the household is recorded, that figure must be converted to US dollars and the base year of 2005.  This conversion should take account of purchasing power—ideally the poverty line in any given local currency and year should reflect the same command over resources as the poverty line in some different currency and year.

Each of the steps necessary for calculating the IPL is subject to critical scrutiny.  First, the method of converting between currencies and then within currencies to a base year relies on consumer price indices and purchasing power conversions that are sensitive to the prices of the full range of goods consumed in an economy, rather than the specific bundle of goods that is predominantly consumed by poor people.  Therefore, if the price of big screen televisions goes down but the price of rice goes up, both will affect the calculation of the local poverty line, even though one piece of information is irrelevant for assessing the purchasing power of the poor.

More fundamentally, the IPL is not rooted in any conception of human needs or capabilities which an individual is supposed to be able to achieve at a given level of consumption.  It is simply intended to be an average of the national poverty lines of a representative set of poor countries.  But merely averaging national lines is insufficient justification for why some individuals should be characterized as extremely poor and others should not be.

The IPL arguably excludes important dimensions of deprivation that are relevant for assessing deprivation.  For example, education, health care, sanitation, and adequate shelter are not well captured by exercises imputing value for their consumption.  In many cases, some dimensions of deprivation, such as freedom from violence and social capital, cannot plausibly be imputed values.

Importantly, by taking the household as the unit of analysis, the IPL obscures the intra-household distribution of deprivation.  There have frequently been claims that women represent a disproportionate percentage of the poor, but absent morally plausible, gender sensitive conceptions of poverty and corresponding data collection that allow for the assessment of deprivation at an individual level, which takes account of the multiple dimensions of poverty, it simply is not possible to substantiate claims about the global feminization of poverty.

Given the shortcomings of existing measures of poverty and gender equity, an interdisciplinary team of academics and development practitioners has joined together at the Australian National University to solicit the views of poor men and women regarding how poverty is best conceived and measured, with a particular focus on the gendered dimensions of deprivation.  Rather than starting with a particular conception of poverty developed by a few analysts, we seek to engage poor men and women to discuss the key issues of poverty measurement.

In the first two phases of fieldwork, we will work with individuals in 18 poor communities of various ages and social locations to examine poverty, how individuals conceive of it, how they understand it to be gendered, and what recommendations they have for measurement.  We seek to develop a new measure of deprivation that is capable of revealing the multiple dimensions of deprivation at the individual level, is gender-sensitive, and can be used for interpersonal comparison across context and over time, and then test this measure in the third phase of fieldwork.

We have recently completed the first phase of fieldwork in Fiji, Indonesia, Malawi, Mozambique, and the Philippines (and it is about to get underway in Angola).  Key researchers from 5 of the 6 fieldwork countries will be in Canberra to share research findings, engage in group analysis, and begin to plan the second phase of the research project.

We envision this project as one part of a larger process of public reason to help develop new systems of poverty measurement that are, among other things, truly gender-sensitive.  We invite you to be a part of this process.  On 21 March, lead researchers from all five completed fieldwork countries and project team members will join for a public conference on measuring poverty and gender disparity.  More information on the program is available here.  We invite you to attend, in collaboration with the Gender Institute and the Development Policy Centre, to discuss key issues in the measurement of poverty and gender disparity, and to follow our future work at www.genderpovertymeasure.org.

Dr Scott Wisor is a Research Fellow at the Centre for Applied Philosophy and Public Ethics at Australian National University and a Research Associate with the Development Policy Centre.