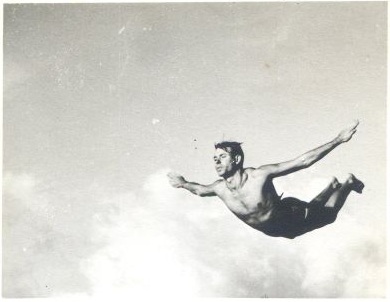 Surprisingly, nobody else does this kind of forecasting. The OECD’s Development Cooperation Directorate forecasts levels of what it calls ‘country programmable aid’ (CPA). However, CPA captures only about half of all spending from Official Development Assistance (ODA) budgets and is not useful, or indeed intended to function, as a measure of donors’ fiscal effort. In addition, the OECD’s CPA forecasts for each of the last two years have been quite wide of the mark, erring on the side of optimism. For example, the OECD predicted CPA would grow by six per cent in 2012 but it actually fell by one per cent. For 2013, the OECD is predicting a nine per cent growth in CPA, which again looks optimistic. Our 2012 forecasting effort, by contrast, gave an accurate result: a four per cent decrease.

We’re interested in ODA rather than CPA. Donor governments think and budget in terms of ODA and it is the best measure of fiscal effort in favour of international development. We look at information that is available publicly on the 2013 ODA spending intentions of the 15 largest donors, who account for about 95 per cent of total DAC ODA, and we compare this with the corresponding information available in the early part of 2012 on the same donors’ 2012 spending intentions. In other words, we are looking at changes from budget to budget. On this basis, we can project a percentage change for a large proportion of global ODA in 2013, which is likely to be reflected quite closely in the percentage change for all ODA in 2013.

Our analysis of information on projected ODA spending in calendar 2013[2] indicates that global aid might well stabilise or even increase a little in real terms—less than one per cent—in 2013. The figure below summarises.

For total DAC ODA, we estimate the likely 2013 outcome to be between $126 billion and $127 billion—our mid-point estimate is $126.3 billion (these and subsequent figures are all expressed in 2012 prices). This would be a 0.6 per cent or $700 million increase on the 2012 outcome, which was $125.6 billion. We estimate the combined ODA/GNI ratio for DAC donors will remain at 0.29 per cent, its 2012 level. (It takes an additional $4 billion or so to achieve an increase of one basis point in the aggregate ratio.) 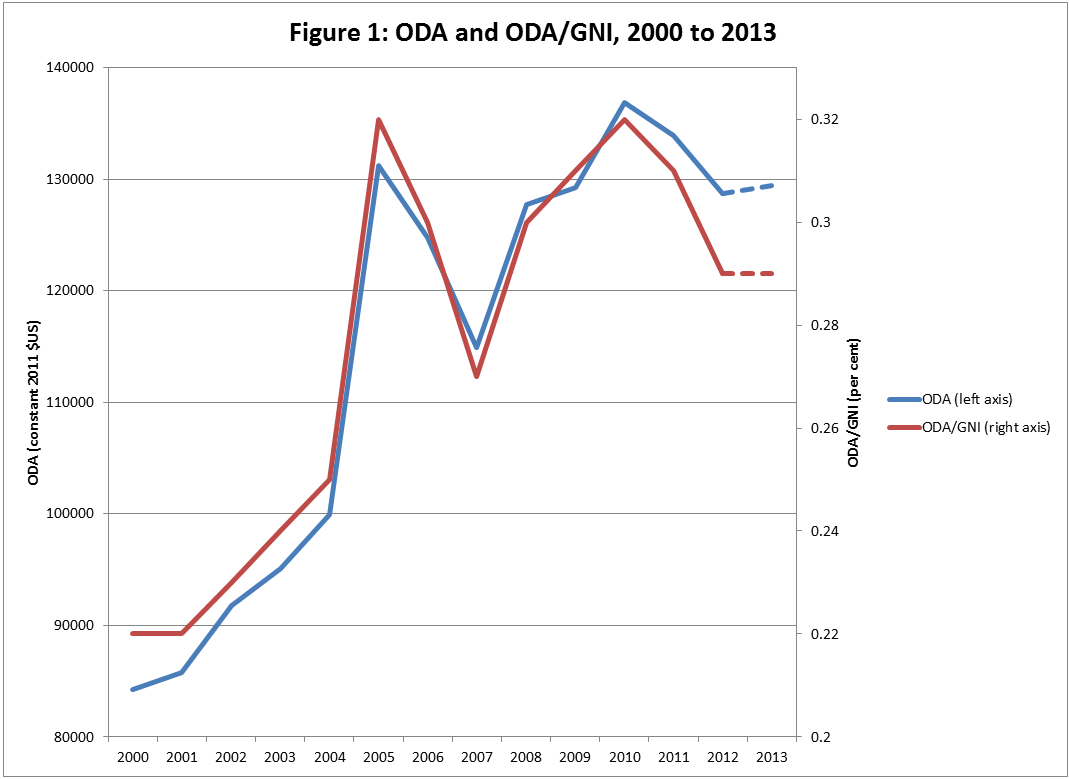 This predicted pause in the decline of aid is entirely due to the unprecedented and sudden increase in the UK’s aid budget in 2013, which will jump from 0.56 to 0.7 per cent of the UK’s GNI in a single year. Without this, global aid would likely have fallen by another three per cent in real terms in 2013.

The figure below summarises expected changes in ODA disbursements in 2013, relative to 2012, for the 15 largest DAC donors. ODA from the 14 non-UK donors is projected to fall by $3.2 billion. This fall is $500 million less than the projected growth of UK aid, which is $3.7 billion. 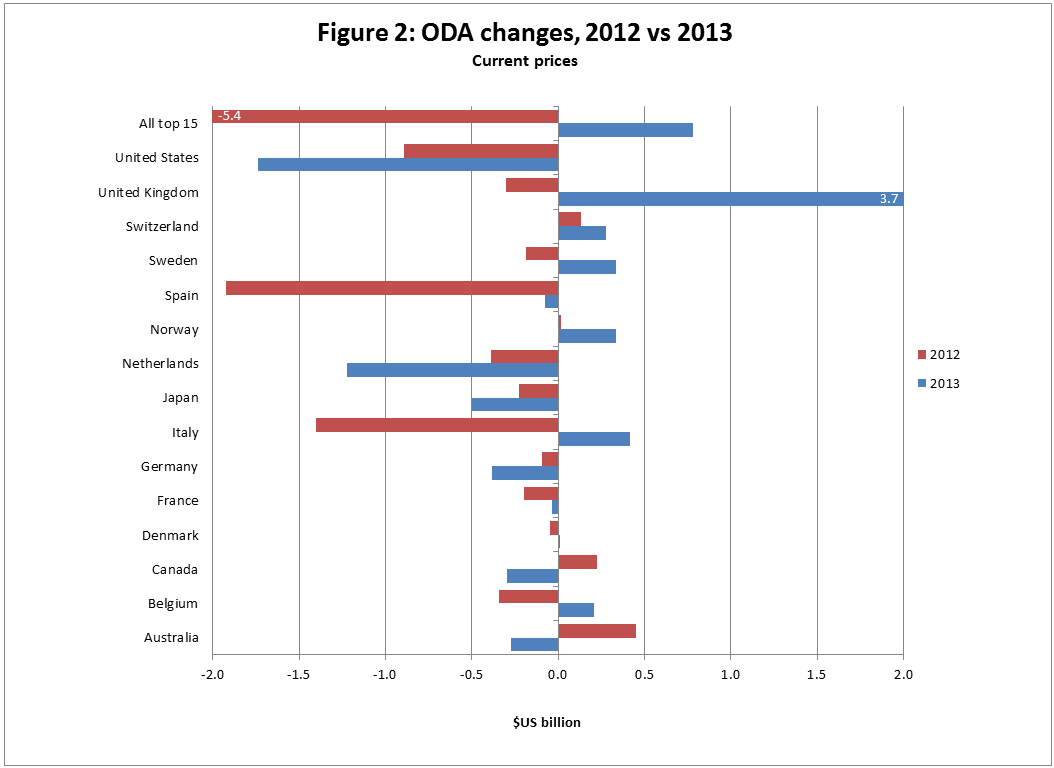 Research suggests that in the wake of a significant banking crisis or recession, aid budgets will continue to fall over a substantial period of time. A working paper prepared by staff of the World Bank which studied OECD aid from 1977 to 2007 found that after a crisis a donor country’s aid falls by an average of 20 to 25 per cent, relative to the counterfactual, and improves only a decade after the crisis hit. Thus it must be considered unlikely that the projected 2013 pause in the decline of ODA will be followed by a recovery.

Our forecast, like any other, should be taken with a sizeable grain of salt. Although we got the aggregate growth change right last year, we missed the mark for several individual donors. However, we have better information this year for some key donors. In any case, we think our effort is probably closer to the mark than the OECD’s forecast for a nine per cent growth in country programmable aid in 2013. What officials say to the OECD in survey responses is less likely to reflect reality than what their governments publish in budget documents.

[1] US dollars at 2011 prices. All aid disbursement figures are expressed in US dollars.
[2] Donors’ fiscal years do not correspond exactly with the calendar year, which reduces the accuracy of our forecast.