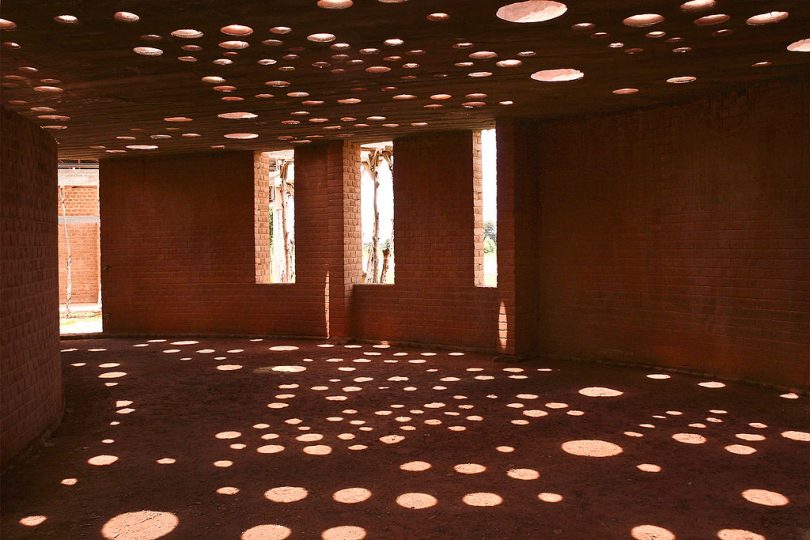 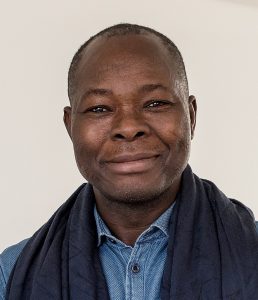 The award of the 2022 Pritzker Prize to Francis Kéré of Burkina Faso has focused attention on design based on local materials, cultural symbols and community participation.

The Pritzker Prize was established in 1979 and is sponsored by the family that owns the Hyatt hotel chain. From the outset it was intended to be global in outlook. Recipients have been selected from the Americas, Europe, Asia and Australia (Glenn Murcutt). Kéré is the first African recipient. The award consists of a bronze medallion and US$100,000.

Kéré, who is 57, initially trained as a carpenter in Germany with support from a German NGO. He maintains an office in Germany and divides his time between there and Africa. His design approach is based on extensive community consultation, use of local materials such as wood, bricks or clay to reduce costs, and incorporation of traditional symbols drawn from the local natural or built environment.

Kéré’s first major project was a primary school in his home town of Gando, completed in 2001. He used cement-fortified bricks and an elevated, overhanging roof to accommodate conditions of extreme heat and poor lighting. This remains his most famous building. The school has since been extended to include teacher housing and a library. Other projects have included health facilities and public spaces, primarily in West Africa or elsewhere on the continent.

Design values focused on the needs of the world’s most marginalised communities are not new. The Egyptian architect and urbanist Hassan Fathy (1900-89) championed the use of adobe and mud brick construction techniques for mosques and low-cost housing. His views were set out in the book Architecture for the poor, first published in 1969. In 2016 the Pritzker Prize was awarded to the Chilean architect Alejandro Araveno in recognition of his contribution to housing renovation with resident engagement in design and construction. Traditional indigenous approaches to the built environment have also been reformulated by Alison Page in Australia and Douglas Cardinal in Canada.

The public acknowledgement of Francis Kéré’s work demonstrates the actual and potential role of architecture in social development. Kéré argues that architecture has the capacity to provide not only comfort and convenience, but also personal inspiration for individual and community growth. Yet, the potential of the built environment will never be realised in full while it is dependent on a handful of committed individuals and their associates.

An industry needs to emerge dedicated to the large-scale realisation of the objectives and values represented by Kéré and others. This could be built around a network of construction companies focused on the orchestration of inputs by others rather than conventional project management. A nucleus of professional skills to support such operations is already available through agencies such as Architects Without Frontiers. What is still lacking is a place on the global development agenda.

Singapore is a dramatic example of how affordable housing can be provided to virtually all inhabitants in a few decades if design skills, funding and political priority can be sustained. From independence in 1959, the Singapore government stressed the importance of adequate public housing. The Housing Development Board (HDB) was established in 1960 to replace informal settlements with blocks of flats. Within three years 21,000 flats had been built, and within five years 54,000. After a decade or so the housing objective was largely achieved. Today around 80% of Singapore’s population lives in flats built by the HDB.

The Singapore model is useful, but it has limited application in the developing world. Singapore is a city-state without the massive rural hinterland which generates seemingly limitless flows of people to cities in South Asia, China or Indonesia. Also, the population of Singapore is relatively stable, reducing the demand on the housing stock. However, the housing challenges of the world’s poor are not just about population size. The urban population of the Pacific Islands, for instance, is miniscule by world standards, but the pressures on infrastructure, housing and public services are already noticeable.

Locally driven and low-cost housing are marginal to the national development agenda in both affluent and poorer countries, despite access to housing being included in Article 25 of the Universal Declaration of Human Rights proclaimed in 1948. A range of agencies have an interest in the task, including UN-Habitat, UNESCO and at times the World Bank. However, public discussion remains limited and funding intermittent. Yet, population growth and increasing global urbanisation mean that housing issues can only become more pressing in the years and decades ahead.

Kéré’s award highlights a major division in strategies for low-cost housing. The corporate approach favoured by international agencies involves a series of standard housing modules designed and built in the West and installed by contractors. This is the most efficient option and the best value for donor money. However, the industrial value added remains largely with the suppliers and the world’s best practice solutions are effectively imposed on communities. Kéré’s approach involves extensive consultation, with its consequent disputes and delays. Yet the design also incorporates local inputs, and materials are sourced locally, creating a basis for sustainable but small-scale industrial development. The dilemma of maximising scale and efficiency on the one hand or local input and control on the other haunts many of us.

The celebrated Italian architect Renzo Piano believes that the next global wave in not only architecture and design but also economic and social development will emerge from the urban peripheries, the isolated tower blocks, the de-industrialised wastelands and the shanty towns. He shares with Kéré a belief that architecture can generate imagination, initiative and social commitment. Piano argues that a new movement will harness the hopes, dreams and energy of the world’s poor to transform the urban environment and the lives of its inhabitants. Piano’s vision may turn out to be illusory, but if it is to be realised, the views of Francis Kéré are likely to be a principal instrument.