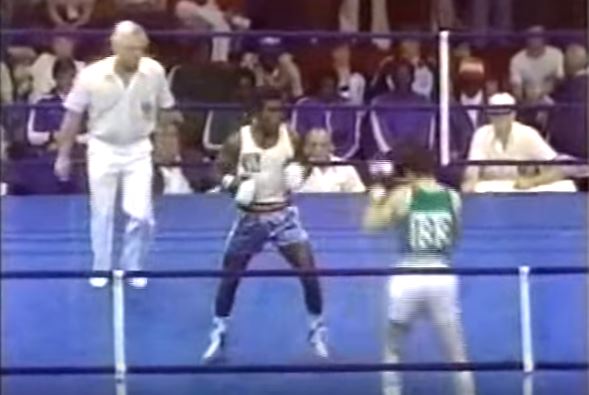 Papua New Guinea (PNG) is a diverse country of over 800 different languages spread over remote and diverse terrain. Bringing a country like this together was always going to be challenging. This post describes how the many differences were put aside when a young boxer from Tsio Island represented PNG, just after its independence, at the Montreal Commonwealth Games in 1978.

The building of a nation

In June 1972, the Constitutional Planning Committee was established by a motion of the chief minister. The primary task of the committee was to recommend a constitution for the ‘full internal self-government of a united Papua New Guinea’ (Constitutional Planning Committee Report 1974, p. 2). The committee had a large task in front of it. It would ultimately determine what kind of political system this new country was going to have.

As a way of guiding its deliberations, the committee articulated a number of underlying principles. The first was nation-building. For true nation-building, the constitution would need to be homegrown and the result of ‘active and meaningful participation’ for all people of PNG (ibid.: 13). It needed to bring all these diverse people together and create something new. At that time, PNG was still dominated by tribal affiliations. There was little movement of people. If you were born in Finschhafen, it was most likely that you would remain there for your entire life.

After much consultation, the committee was firm in its conviction that ‘Papua New Guinea should have a fully decentralised system of unitary government’ (ibid.: 207). It recommended that provincial government be set up as soon as possible.

Already the Islands Region was threatening to break away from the rest of PNG. On the whole, it was doing well and considered itself far more advanced than other parts of the country. It had an advanced system of local government that was serving the people well — people who firmly believed they were able to govern themselves.

Tension was also building in Bougainville. The mine in Panguna was now highly profitable, but disappointed Bougainvilleans watched on as the riches flowed to the national government and local people continued to suffer.

However, the real surprise came when provincial government was omitted from the final constitution. The committee had been very clear in its recommendations, although there was strong opposition from the then Australian administration, whose main concerns were the high costs and disruption caused by such a large change. There was also the fear that provincial government was playing directly into the hands of Bougainville and the Mataungan Association, who were both seeking secession.[1]

Therefore, by omitting provincial government, the national government was able to buy itself time. It could do more work to clarify how the functions, powers and funding would operate in practice in a fully decentralised system, and there was time to start addressing the demands for more power from Bougainville and other regions.[1]

The reinstatement of provincial government

With power shifting back to provincial governments, the initial euphoria and unification that independence brought with it were quickly dissolving. It would seem that old tribal alliances were reasserting themselves. It was going to take more than raising the PNG flag in Port Moresby to bring a nation together.

A young boxer from New Ireland

Tumat Sogolik was born on 5 May 1955 in Kavieng, New Ireland Province. His interest in boxing started as a student at the Utu High School in Kavieng, listening to a replay of the 1969 South Pacific Games boxing (which was hosted in Port Moresby) in the high school mess hall. When he finished high school, he moved to Port Moresby and started work.

The relocation to Port Moresby presented an opportunity for Tumat to pursue his interest in boxing, and he joined the Boroko boxing club. At the time of the 1978 Montreal Commonwealth Games, Tumat was only 23 and qualified for the bantam weight division. He made it to the gold medal round after delivering a series of devastating knockouts.

Tumat’s strategy was to win by knockout. However, in his gold medal bout, whenever he was about to deliver a winning blow, the referee intervened and denied Tumat his chance.[2] Tumat’s opponent went on to win by a split decision, although he survived a standing count in the first round.

The mood across Papua New Guinea

Tumat was due to fight in the gold medal round on Friday 11 August (PNG time), so Friday’s Post-Courier ran a full backpage story on Tumat entitled ‘Tumat Tumas’ (Coomber, 11/8/1978). Tumat had won his second and third rounds with knockouts, and in the first round his opponent fell to the floor just as the final bell rang.

The excitement of this moment was not lost in PNG. At that time, Kundu Radio was able to reach most of Papua New Guinea, as many households either had a radio or access to one, so Tumat’s fight was broadcast live around the country on Kundu. People gathered together to listen carefully. It did not matter whether you were a highlander or an islander — this boxer was representing everyone. For the first time, a Papua New Guinean was representing PNG on the world stage. Where he was born had become irrelevant; what mattered was the country he represented and that was PNG.

The headline on the sports pages in Monday’s Post-Courier (14/8/1978) told the story: ‘Sogolik “Robbed” of Gold’. Tumat had put up a remarkable fight and done his country proud. In the knowledge that this was a historic moment, people filled the local airports trying to secure their copy of the Post-Courier when they were flown in from Port Moresby. In Goroka, the papers sold out at the airport. This scene was repeated all around the country.

Whether Tumat was cheated of the gold medal is another story. The real story was the effect that this fight had on PNG. In the midst of all the interest in provincial flags and constitutions, everyone was reminded that PNG had moved into a new era; it was now a fully independent country participating as an equal in the international arena. There was no longer any room for provincial or tribal differences; everyone had to come together. This would be the first of many events over a long period of time that help define and bring PNG together.

Sir Manasupe Zurenuoc was the Chief Secretary to the Government of Papua New Guinea until his retirement in February 2016, and Felicity Herbert a policy and legal adviser with the Department of Prime Minister and National Executive Council. This post was originally published as SSGM In Brief 2016/2.

Sir Manasupe Zurenuoc is a career public servant. He retired from his position as Chief Secretary to the Papua New Guinea Government in February 2016.

Felicity Herbert is a policy and legal advisor in the Governance Program and is working with the Department of Prime Minister and National Executive Council in Papua New Guinea.