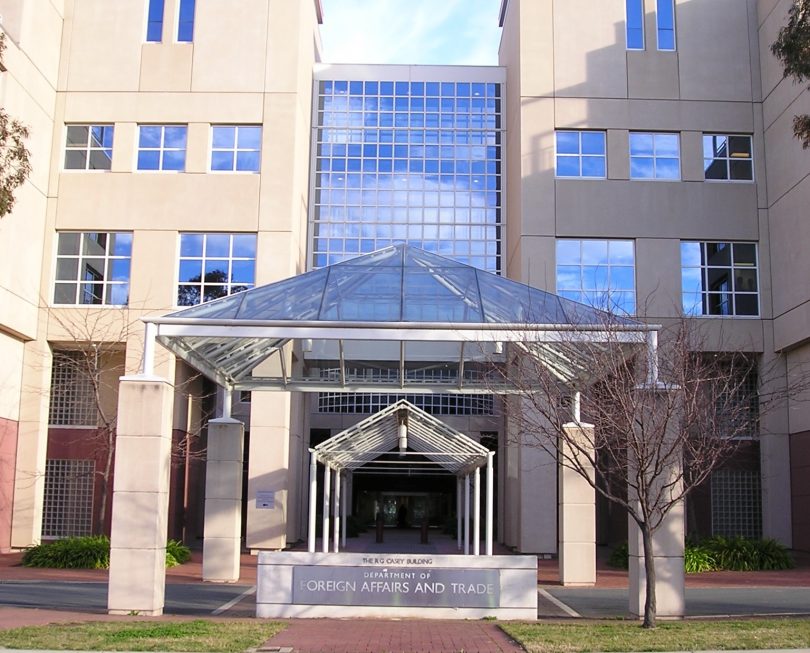 Labor has ruled out recreating AusAID to run Australian aid. According to Shadow Foreign Minister Penny Wong, in her November 2017 speech to ACFID, “you can’t unscramble an egg”, and Labor will “work with the changes that have been made.”

But if Labor won’t recreate AusAID, what should it do, if elected this year or next? How could it still achieve its goals – also articulated in the same speech – of giving aid more priority within DFAT, of rebuilding skills, and a greater emphasis on aid effectiveness?

It depends, for a start, on what Penny Wong meant by her announcement. What the Coalition abolished in 2013 was an Executive Agency, of which there are only a handful within government (essentially a residual category: neither a department, nor a bureau/agency of a department, nor a statutory agency). AusAID had been an Executive Agency for only three years, having been made one in 2010.

For most of its almost 40-year existence, and prior to 2010, AusAID (and AIDAB, and ADAB, to use its earlier acronyms) was in fact part of the Department of Foreign Affairs and Trade. It was an agency or bureau within DFAT, headed by a Director General who had Deputy Secretary status and direct access to the Minister of Foreign Affairs. This is an arrangement that was put in place by Fraser and his Foreign Minister Peacock in 1976, after they themselves abolished what was then a statutory authority for aid, ADAA. The aid bureau’s independence from DFAT was partial at first but grew over the decades to become almost but not quite complete.

This Fraser/Peacock model was referred to as an arrangement of “semi-autonomy” – you can find out more about it by reading Chapter 2 of Jack Corbett’s history of Australian aid, Australia’s Foreign Aid Dilemma. According to Corbett, it was a model accepted by Peacock in part because of Sir John Crawford’s urging. Crawford – a former Trade Secretary himself and very interested in aid – was concerned in particular with the issue of building staff expertise.

When the Coalition announced that it was abolishing AusAID, Robin Davies, veteran Australian aid bureaucrat, academic and commentator, advised it to recreate AusAID within DFAT, that is, to go back to something like the 1976 model. His advice was ignored.

Responsibility for various aspects of the aid program can now be found across all five DFAT “groups” (each “group” is headed by a Deputy Secretary or DS). There are still four divisions (the next level under groups) largely or entirely dedicated to aid, but they are spread across three Deputy Secretaries. This is quite different to the way trade is managed, where the three dedicated trade and investment divisions are all in the same trade and investment group, under a single Deputy Secretary. The four divisions that are largely dedicated to aid cover everything except bilateral aid. One is for humanitarian aid, one for development policy, one for multilateral aid, and one is for aid contracting and performance. Bilateral aid is run out of the various regional divisions under the DS responsible for the “Indo-Pacific Group.”

Such deep integration has not been good for the aid program. Responsibility for it is too diffuse. The Secretary’s main focus has to be on foreign policy, and, at the next level down, aid responsibility is shared over all the Deputy Secretaries (the three with dedicated aid divisions; the one with all the bilateral programs, and the trade DS, who has responsibility for aid for trade).

One result of this deep integration is that aid has too low a profile in the public sphere and across the bureaucracy. The two DFAT Secretaries have, since integration, between them given only one speech on aid. The aid program needs an empowered champion in the bureaucracy as well as at the political level.

The other problem is that the pendulum has swung too far in the diplomatic direction, away from aid effectiveness. Witness the rapid decline in long-term scholarships in favour of short-term study tours. Heads of mission, who are now very influential in relation to bilateral aid, tend to be very senior, and act autonomously. This makes it difficult to ensure that the aid program provides strategic coherence and embraces contestability.

There is also very little sense now that aid is a career stream worth pursuing within DFAT. Many aid practitioners left at the time of integration, but many of those who stayed on have since gone on to generalist diplomatic roles. The lack of capability is DFAT’s most widely commented-on deficiency when it comes to aid.

The simplest and most obvious way to create a greater voice, accountability and profile for development within DFAT would be to put all four dedicated aid divisions under a single Deputy Secretary, who would then be identified as the Deputy Secretary for Development. That position would be divested of non-aid responsibilities, and focus on development policy and aid management. It could also sensibly be given responsibility for the annual aid budget.

There remains the question of what to do with bilateral aid. Should there be a bilateral aid division, under the Development DS, or should bilateral aid be kept in country branches? There is no easy answer to this question.

If a bilateral aid division was created, one would almost be back with the Fraser/Peacock model of an Australian Development Assistance Bureau, housed within DFAT. That is certainly a model with a proven track-record.

On the other hand, now that bilateral aid has been integrated into country branches, perhaps that is an egg that should not be unscrambled. There might be other ways to give aid effectiveness considerations greater weight in bilateral decision making. Creating a powerful Deputy Secretary for Development would certainly help in this task. Such a position would have direct responsibility for half of the aid program (the non-bilateral half) and would become a powerful voice within DFAT promoting development policy, expertise and quality, and in the public promoting and explaining the government’s aid program.

There is no one clearly superior way to manage aid. Different countries use different models – see this survey. And organisational structure is only one input into aid effectiveness. But I’m convinced that creating a Deputy Secretary for Development would be a positive step towards improving DFAT’s aid management. You can’t unscramble an egg, but you can improve the omelette.

Postcript. After drafting this post, the appointment of Ewen McDonald as Australia’s next High Commissioner to New Zealand was announced. In her press release, the Foreign Minister referred to McDonald as “Deputy Secretary overseeing the Australian government’s aid and development work.” In fact, according to the latest DFAT Organisation Chart, McDonald oversees only two of the four dedicated aid divisions, and has no oversight at all of bilateral aid. McDonald, formerly of AusAID, no doubt has been the senior-most focal point for aid within DFAT since integration. But the very point of my article is that there is no-one within DFAT who actually has the role of, as put by Bishop, “overseeing the Australian government’s aid and development work.” There needs to be.