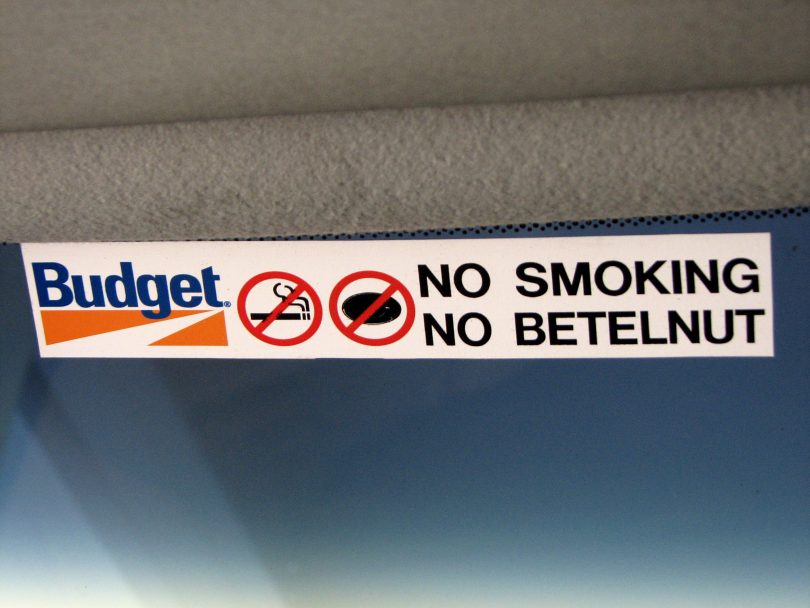 PNG has the world’s highest rate of malignant mouth cancer.

Mouth cancer comprises 25% of all cancers in PNG, compared to 2% in Australia. A disturbing trend is that it is now becoming a disease of young people in PNG. Untreated, it quickly leads to death, with much pain, suffering and facial deformity along the way. It’s the number one cancer killer in males, and the third highest killer among females.

Sadly, early diagnosis is very uncommon and delayed detection is the norm. Because of this, long-term survival rates of patients can be as low as 20%. If these delays can be reduced, it means the cancer may be removed while still small, and the long term survival rate could increase to 80%.

Four types of delays result in late diagnosis and treatment. First is the delay in the patient seeking care due to their lack of knowledge of mouth cancer symptoms. The second delay is from the health worker not recognising the early signs of mouth cancer, thus delaying their diagnosis of cancer. The third delay is the time it takes to arrange a biopsy, so that treatment can start. Together, these delays can average six to eight months.

The final delay is in getting treatment. For one patient with a large cancer, an operation can take all day, so waiting lists can be long. In contrast, by being diagnosed early while the cancers are small, operations are shorter, meaning up to five times as many operations can be carried out in a single day.

Australia is doing nothing specific to address this crisis of healthcare in PNG. The spending required is nothing considering a prediction by Dr Chris Acott during a lecture at the Medical Society of PNG Symposium last year that mouth cancer cases will double in twelve years, and treatment could consume most of the health budget within a few years.

I have three proposals for Australia and PNG to consider. My first pitch is for education of health workers and the public about the signs of early mouth cancer and to seek help early. Health workers should routinely examine the mouth, as many people first come to seek advice from dental workers, community health workers or doctors. All three groups need to be upskilled in detecting early cancer quickly. They then need to swiftly refer on to a surgeon or dentist able to do a biopsy.

To further reduce delays, my second pitch is that more dentists need to be upskilled in biopsy techniques. I started training dental undergraduates for both in 2017 as a self-funded volunteer.

My third pitch is to reduce the three most important causes of mouth cancer in PNG: betel nut chewing, tobacco use, and heavy alcohol consumption. 50-80% of people smoke tobacco (see here, p. 8, and here, p. 1319). Once reserved for sacred events, up to 80% of the population chews betel nut (p. 1319), including pregnant women. A mounting tragedy is that it is now common for children as young as eight years to chew betel nut regularly. A local surgeon said these children would be likely to get cancer before the age of 30. There needs to be permanent public campaigns for prevention to warn about these causes of cancer, together with national educational Facebook sites. At schools, a permanent prevention campaign about the dangers of betel nut chewing and smoking is a must.

In summary, my pitch aims for dental school funding both for training of health workers to speed up diagnosis, and to design public education strategies.

The health impact will be more young people having an 80% chance of a long productive life rather than a 20% chance.

This pitch was originally presented as part of the 3-Minute Aid Pitch (3MAP) at the 2018 Australasian Aid Conference. Watch the video here.

Dr Barry Reed is an oral and maxillofacial surgeon in Newcastle and Maitland, NSW since 1991 and has been an OMS specialist in Oncology at the Newcastle Calvary Mater Hospital and John Hunter Hospital for over 20 years. As a former Kokoda Track Foundation and YWAM aid volunteer and teacher, he has made eight aid visits to PNG in the last 5 years. He teaches dental undergraduate and postgraduate students at UPNG as a self-funded aid volunteer, has conducted research into dental problems in PNG, and has been a speaker at the Medical Society of PNG's National Medical Symposium for the last two years.