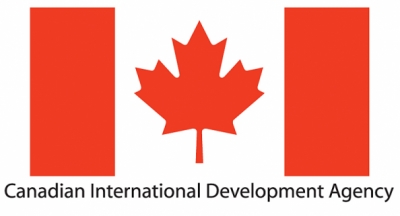 As in Australia, so the Canada budget, brought down a month ago, was preceded by intense speculation about its implications for aid.

Many here had held out hope that Ottawa would be inspired by their counterparts across one pond in the United Kingdom or another in Australia, and at the very least maintain its freeze on official development, if not set the country back on track to annual 8% increases. Canada had, as the politicians kept reminding us, demonstrated its resilience to a global financial and economic meltdown.

Others felt the writing was on the wall, and that it was a question of how much the Canadian International Development Agency (CIDA) would be cut.

Unfortunately, and perhaps not surprisingly, the naysayers won out.

The news of last month’s budget cuts are still sinking in. And it feels like the hangover is going to last a while.

On the one hand, it is good to finally have some clarity on what the landscape for Canadian aid – or at least the numbers – will look like over the next three to four years.

On the other hand, if you look a little closer, the landscape seems vaguely reminiscent of World War I’s Vimy Ridge – field upon field pocked by massive craters where explosions have torn apart grasslands and forests.

The image may seem overly dramatic, but in the coming weeks and months, as the details of the budget have begun to roll out, the cuts are beginning to take shape, and the impacts on programs and priorities are starting to make the numbers in this budget feel much more real.

Perhaps what is most alarming is the fact that, whereas the Liberal and then the Conservative governments both invested in rebuilding Canadian aid a decade ago after earlier spending slashes to tackle Canada’s previous deficit in the 1990s, there is no ambition now by the Conservatives to sustain this progress.  Canadian aid is set to decline or stagnate for the foreseeable future – the International Assistance Envelope (IAE)[1], and with it the aid budget, will be flatlined again beyond 2015, but at $4,622, not the $5 billion set in 2010.

To add further doom to an already gloomy picture, Canada is following in the footsteps of some other bilateral donors, who are using aid to promote their country’s national economic interests. Last fall CIDA was putting the finishing touches on its “Corporate Social Responsibility Framework for the Extractive Sector”. And this fall (or sooner), on the heels of its Sustainable Economic Growth Strategy, it is set to launch its private sector strategy, with early indications suggesting that it may be favouring Canada’s – not partner countries’ – private sector development.

CIDA Minister, Beverley Oda, said as much in an interview with Postmedia News in January, 2012, when asked how she separates Canada’s trade and foreign policy interests from Canadian development goals. Minister Oda replied, “I really don’t separate them.”

Equally telling is where issues related to aid now fall in the budget  – under a section focused on “Expanding Trade and Opening New Markets for Canadian Businesses”.

So what are the details from the recent Canadian Budget on aid? How are things going to shake down for CIDA and for Canada’s official development assistance (ODA)?

Decline in ODA over the next five years

Note that figures are in millions of dollars. FY 2010/11 and 2011/12 include supplementary estimates. Subsequent years do not. See the endnote for the definition of International Assistance Envelope.

For CIDA as an institution, relative to FY2010/11 ($3.58 billion), for which we have the most accurate statistical information, we can say that the cut to the Agency’s ODA disbursements will be around 8.9% of its budget between 2010/11 and 2014/15. These cuts are to both CIDA’s operational budget – between 100 and 150 staff will lose their jobs – and from its program transfer flows. In the past two weeks, leaks to the media have indicated that CIDA’s geographic programs will take a disproportionate hit.  The Agency is completely cutting eight country programs, and reducing aid to five of its 20 countries of focus. Three of CIDA’s countries of focus (middle-income countries – Colombia, Peru and Ukraine), which rank in the top half of the UNDP’s Human Development Index remain completely unaffected, whereas ten of the 13 countries affected lie in the bottom quarter of the HDI ranking. Colombia and Peru, as well as Indonesia, Vietnam and Bangladesh, have become important trading  partners for Canada in recent years. None of these countries saw their programs cut. As with an earlier Conservative narrowing of focus, African countries are taking a big hit, with 8 countries in this continent losing funding. Clearly poverty was not one of the factors in determining which countries were to be cut.

Shortly CIDA will release its Part III Report on Plans and Priorities (Estimates), adding even more specifics to how the cuts will roll out. It is only at that point that the dust will settle on the landscape, and we will better see the size of the craters and just where this budget has hit hardest.

The views expressed in this blog are those of the authors, and do not necessarily reflect the positions of CCIC nor its members.

[1] The International Assistance Envelope or IAE, a Canadian peculiarity, contains the budgetary allocations by the federal government to programs for international cooperation. This includes allocations to CIDA, Foreign Affairs Canada, the Department of Finance and other departments. However, not all of the allocations in the Envelope are eligible to be counted as Canadian aid or ODA. This includes some disbursements for peace and security (decommissioning of nuclear warheads in the former USSR, security programs in non-ODA eligible countries). Nor does the Envelope include all items that can be included when calculating Canadian ODA since they are allocated through other government expenditures (first year of supporting refugees from developing countries in Canada), are non-budgetary (bilateral debt forgiveness) or are imputed values (developing country students studying in Canada). Total Canadian Official Development Assistance is therefore made up of: ODA-eligible line items in the International Assistance Envelope less IAE items not eligible for Canadian ODA plus non-budgetary items that can be included as ODA.