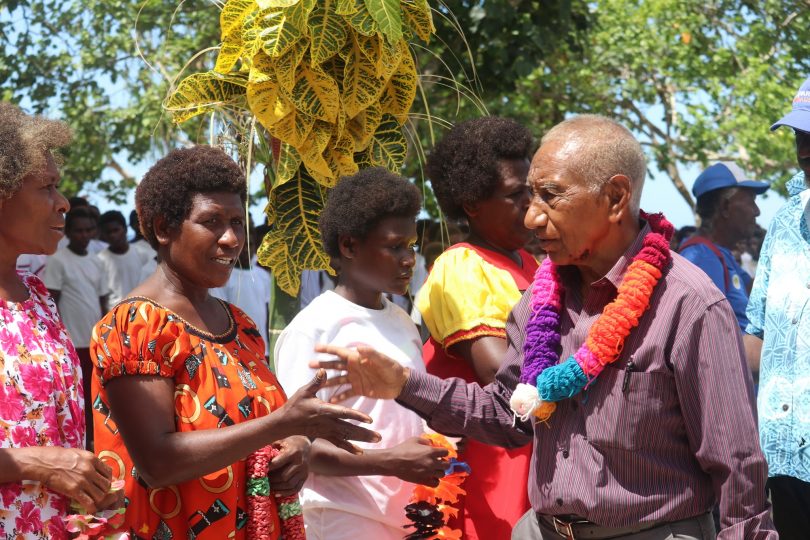 Papua New Guinea’s 2022 elections will officially get underway on 28 April. New Ireland has three electorates: the Provincial electorate and two Open electorates, Namatanai and Kavieng. Walter Schnaubelt, the Minister for Civil Aviation, represents Namatanai. Ian Ling-Stuckey, the Treasury Minister, is Member of Parliament for Kavieng. Both MPs are National Alliance party members. The Governor of New Ireland Province is Sir Julius Chan, one of PNG’s founding fathers, two-time prime minister, and the founding leader of the People’s Progress Party (PPP).

In this term of parliament, the two Open members from Kavieng and Namatanai have not been on good terms with Sir J. New Ireland is a test case in PNG politics on how spill-over effects of national-level political party intrigue and political differences between national MPs can frustrate coordination in the provinces. The three MPs from New Ireland have not got over their differences and have been unable to agree on a collective agenda for the province.

Self-styled the ‘last man standing’, this election will be the last for Sir Julius. In recent decades, Sir J has aligned the PPP brand to New Ireland, and to the cause of provincial autonomy. However, he has struggled to achieve his landmark vision for the province. Autonomy is not an electoral issue in the New Ireland province in this election. Moreover, there are compelling reasons why provincial autonomy will not work for New Ireland.

These political appointees cater only to the immediate supporters of national-level politicians. In the process, duly mandated local government officials find themselves starved of resources and political support in performing their responsibilities. If New Ireland acquires greater autonomy, how effective will this autonomous status be if the local governments are not primed to acquire additional powers and functions?

According to the PPP New Ireland branch, the party has endorsed John Knox to contest Kavieng Open to challenge the incumbent Ian Ling-Stuckey, and Byron Chan (Sir Julius’s son) to recontest the Namatanai seat, the seat he held for 15 years prior to his defeat in 2017. The PPP also acknowledges that it will “work and cooperate with” other pro-PPP candidates in the two Open electorates. This strategy is an attempt to get pro-PPP candidates to capture and share the PPP base vote and deny preference distributions to the two sitting MPs for Kavieng and Namatanai. This may be an ingenious use of the limited preferential voting system.

In addition to Byron Chan, another contestant, John Merebo, a self-made businessman, will also nominate to contest the Namatanai seat as a pro-PPP candidate. Merebo is from Sentral Niu Ailan LLG (local-level government), the most populous LLG in Namatanai. There are long-standing grievances in the Sentral Niu Ailan LLG, for instance, the sealing of the roads into the Lelet plateau. The road infrastructure in Lelet, long considered the ‘food basket’ of the New Ireland province, has deteriorated. Merebo is touted as the candidate most likely to highlight this in his campaign.

The Kavieng seat will also be competitive. Former trade unionist John Paska is another scheduled to contest that seat. The current MP, Ian Ling-Stuckey, has been accused by his opponents of distributing handouts to his supporters, disguised as small to medium enterprise development funds. His opponents will challenge the perceived handout mentality that they say has been nurtured in the district to the detriment of long-term development policies.

In the New Ireland Provincial seat, there are no serious threats to the dominance of Sir J. He will benefit from the alignment of pro-PPP candidates in the Kavieng Open and Namatanai Open.

Given the difficulties outlined above standing in the way of New Ireland’s provincial autonomy, at best the autonomy agenda will remain a strategic ploy for the province to leverage against the national government on mining revenues. The Governor should focus on mentoring credible successors to his leadership, as the late Grand Chief Sir Michael Somare did in the East Sepik province with the transition to Allan Bird.