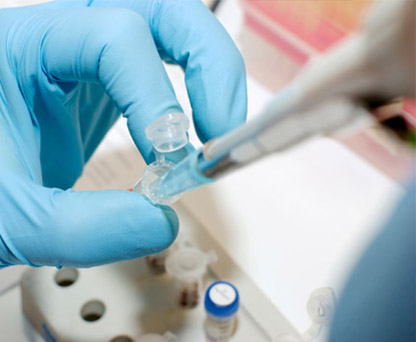 As Mary Moran and her co-authors put it in their recent Devpolicy post, so far the Australian aid program “has not contributed to the global effort to develop new and better drugs, vaccines and diagnostics for neglected diseases.” In response to one of the recommendations of Independent Review of Aid Effectiveness that it start funding global medical research,  AusAID last month put out a draft medical research strategy, on which it invited comments. Here are mine.

It is hard in general to provide definitive reasons for why the aid program should support X rather than Y, where X and Y are both good causes, as they typically are. But there is a strong case for supporting medical research. It is helping to finance a global public good, which, as I’ve argued here, will be an increasingly important dimension of aid. There is massive underfunding and a proven track-record, and viable delivery mechanisms, so that this sort of aid can make a big difference, even in fragile states. And medical research makes relatively few claims on scarce management resources on both the aid donor and the aid recipient.

But if we do support medical research, we should in a big way. I’ve been critical before of the aid program spreading itself too thinly, and fragmenting itself with too many small activities. Worldwide research funding for R&D of diseases which mainly afflict the poor was over $3 billion in 2010. There is no point for the Australian aid program to put less than $10 million on the table. It would have been better for the Government to have rejected the recommendation of the Independent Review.

In the Forum Devpolicy hosted on the topic in March of this year, I said that Australia could follow either a “Team World” or a “Team Australia” approach to funding medical research. The draft strategy proposes to follow both, through aid funding for the National Health and Medical Research Council (NHMRC) and for Product Development Partnerships (PDPs), which are a group of about a dozen well-regarded global partnerships which work on new drugs for diseases which afflict the global poor. The former is a Team Australia approach, and the latter a Team World approach.

Both the NHMRC and the PDP approaches score highly from a management perspective, as both should be relatively hands-off and light-touch. However, given the commitment of the aid program to untie aid and to value for money, the choice to go in part with a Team Australia approach is disappointing. The PDP approach uses Australian researchers when they are the best for the job (as they often are). The NHMRC approach uses Australian researchers, full stop. If you draw on a smaller pool, you will get lower value for money. The Australian Development Research Awards, which AusAID runs to finance largely social science research, is a good model in this regard: researchers from any country can apply.

The draft medical research strategy itself says that it will prioritize mechanisms that are “globally competitive” and that “seek out the best research and researchers in the world.” (p.10) “Australian research expertise” (p.7) only comes into it as a factor to determine the sort of diseases which AusAID will fund research into. Under its own logic, therefore, support for the NHMRC shouldn’t qualify under the draft strategy.

The rest of the strategy is capacity building. Scholarships rear their head under this category, as does core funding to medical research institutions, and partnerships with Australian universities, public sector organizations, and developing country counterparts.

It’s hard to know what to make of this capacity building component. If it is simply a way of noting that AusAID already has a range of mechanisms and activities that can be used to support medical research then it is potentially useful or at least harmless. But I hope the new money will not go into these areas. These are activities which country programs can and do already support. But agency-wide strategies will only be effective if they are simple and targeted. Whoever is responsible for the new medical research strategy shouldn’t be expected to track all investments across the agency relevant to medical research, let alone be responsible for reporting them or accounting for their success. The medical research strategy should focus on central funding for medical research of global or regional significance.

To summarise, the low funding level hinted at in the draft medical research strategy suggests that the Government is not serious about supporting medical research. In addition, support for NHMRC is inconsistent with its own criteria, and the support for capacity building is a distraction. In my view, AusAID should focus on Product Development Partnerships. That would give the aid program a very clear, simple and compelling agenda in this area of global medical research. Despite the signals given by the draft strategy, I hope that the aid budget will tread boldly into the brave new world of global medical research by becoming a significant PDP funder.

Prof. Stephen Howes is Director of the ANU’s Development Policy Centre. He was a member of the Independent Review of Aid Effectiveness and helped establish the Australian Development Research Awards when he was Chief Economist of AusAID. This is a revised version of comments submitted to AusAID on the draft strategy.