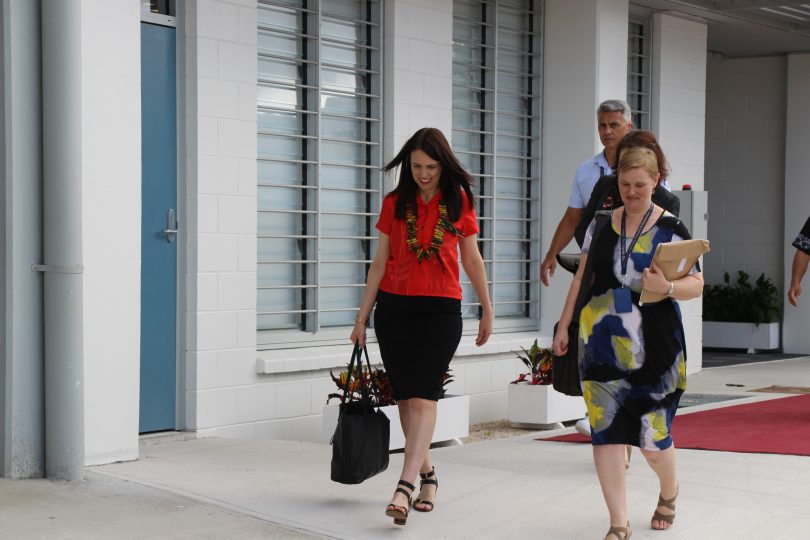 There’s been a big reaction around the region and within New Zealand Pacific communities to comments by media commentator Heather du Plessis-Allan about NZ Prime Minister Jacinda Ardern’s trip to the Pacific Islands Forum. She told her Newstalk ZB audience in Wellington that it wasn’t worth going to the Forum because it didn’t matter: “They are nothing but leeches on us. The Pacific islands want money from us.”

Now, the best reaction to some of the crass and ill-informed comments in the New Zealand media came from TVNZ’s Pacific reporter Barbara Dreaver, who said: “As someone who has lived and worked in the region for nearly 30 years I have nothing but contempt for the sheer ignorance I have been reading from those whose idea of the Pacific is lying poolside at Denarau with a pina colada”.

Now I share Barbara’s perspective on this (full disclosure, she and I have been friends and colleagues for more years than I care to remember) and feel there is considerable ignorance about the Pacific in the mainstream media on both sides of the Tasman. But I noticed a rather ugly tendency in some of the reactions from the Pacific to attack the motivations of those making the arguments, rather than the arguments themselves.

Many people simply dismissed Heather du Plessis-Allan as “a South African”, and there were comments in Facebook threads about her being some sort of Afrikaner nationalist, the clear subtext being that having that sort of background, she must be some sort of racist. That’s a shockingly lazy weapon to reach for, and also shows the people saying these things don’t know anything about her. She was wrong to suggest that Pacific nations are leeches, but reaching for the racism card is just as shallow and ignorant.

I’ve found that ignorance is best corrected with knowledge and information rather than abuse. Wouldn’t it be better to have someone well-informed who can speak about the massive contributions the Pacific makes to New Zealand to go on her show and have a discussion? I would love to hear Dr Colin Tukuitonga have a dialogue with Heather du Plessis-Allan on Newstalk ZB. It would probably change a few people’s minds.

Pacific island nations are small, and feel very vulnerable. Australia and New Zealand are much larger and have enormous influence in the region. This means there is extra sensitivity required in the dialogue between us. There’s a huge power imbalance, and that distorts the relationship. But we also need to feel we can be honest with each other, rather than treading on eggshells and tiptoeing around issues for fear of causing offence.

Australia and New Zealand have done good things and bad things in the Pacific. Pacific island nations also have similarly chequered records. No one is a villain or a hero automatically by virtue of their identity. There are plenty of well-intentioned people in Wellington and Canberra who may simply not know much about the region. Isn’t it better to seek out converts than punish heretics?