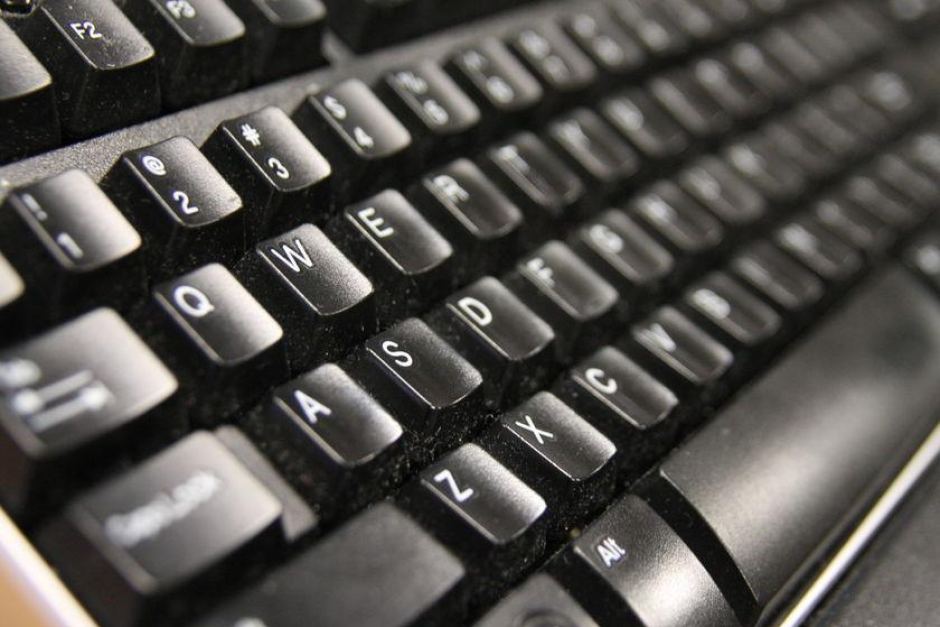 In the ongoing drive for development effectiveness, we note the trend for politicians to redefine Official Development Assistance (ODA) in foreign aid budgets (some might suspect with a view to raiding them). As in the recent example of British PM, David Cameron, who, in posing that the UK aid budget fund military spending on peacekeeping, was literally seeking more “bang” for his ODA buck.

In the United States, the mood is shifting inexorably toward fostering private sector development as a key driver of economic growth in developing countries. Consider the high profile release this week of Our Shared Opportunity, A Vision for Global Prosperity, a major report by the bipartisan Centre for International & Strategic Studies which proposes US foreign aid focus on private sector development in developing countries. Two of the report’s three key recommendations are:

In Pacific island developing countries, one area where relatively simple institutional reforms are opening up broad opportunities for private sector activity is the establishment electronic/online company registries and business law reform governing the setting up of companies.

The 10th Corporate Registers Forum to be held in Auckland next week, being the annual face time for global leaders in the bureaucratic incorporation of companies, is not normally the place you’d expect to find experts working at the cutting edge of international development.

But at this year’s forum, specialists from the Asian Development Bank’s (ADB) Pacific Private Sector Development Initiative (PSDI) will report on the tech-driven convergence taking hold in the Pacific that is “mashing-up” the digital revolution with formal company registration. ADB has supported the establishment of state-of-the-art online company registries in Samoa and the Solomon Islands, thus removing one of the most formidable barriers to formalizing businesses in the Pacific. When starting a company potential entrepreneurs, and especially women,  are empowered, growing the formal economy, boosting GDP and setting countries on a private sector-driven track to long-term, broader-based economic growth.

The impacts are measurable and significant. Following business law reform and the establishment of an online company registry in, for example, the Solomon Islands:

Demand from the ADB’s 14 Pacific developing member countries has surged for technical assistance from the AusAID-co-funded PSDI, which will host its third biennial Pacific Business Registries Workshop as a satellite event to the Auckland conference. The workshop, co-hosted by the New Zealand Companies Office, was first held in 2009 with participants from 5 Pacific countries. In 2013 delegates from 11 countries will attend. 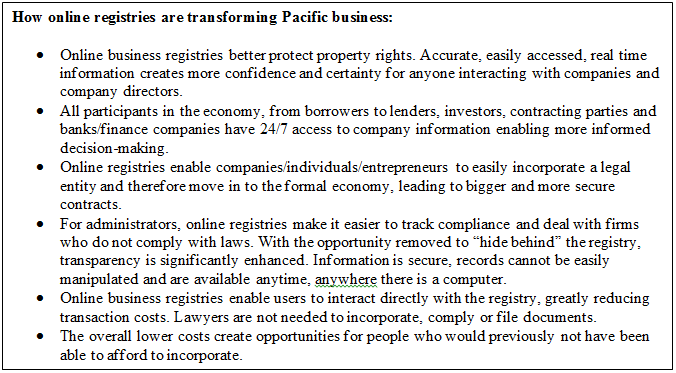 The business law reform (and the online registry program) form one of the pillars in the ADB’s 5 pronged approach to enhance the overall enabling environment for Pacific business. The other four are (1) better access to finance, (2) reform of State-owned enterprises, (3) competition policy advocacy, and (4) promotion of the economic empowerment of women.

In the Pacific, the barriers to doing business are high, business laws are often confusing and outdated, and the private sector is typically dwarfed by a public sector swelled with donor funds. Wide-ranging business law reform such as that promoted through PSDI is essential if the private sector is to become not just the engine room of prosperity but a key driver of poverty reduction.

Dr Andrea Iffland is the Regional Director of ADB’s Pacific Liaison and Coordination Office in Australia.