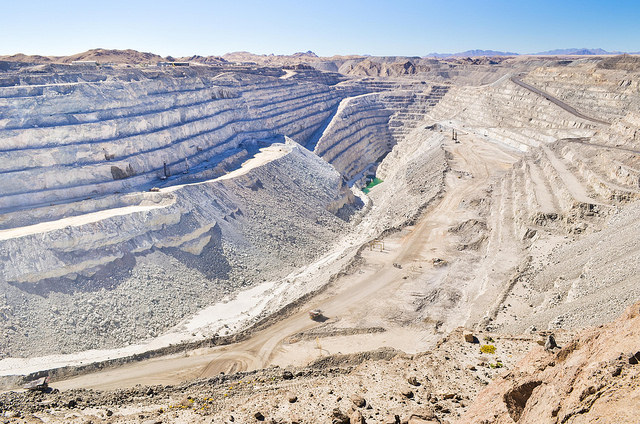 Tracking Australian mining, oil and gas companies around the world is challenging. Australia has one of the largest global footprints of extractives companies operating abroad. Research by Publish What You Pay (PWYP) Australia and ESG research house CAER in September 2016 found that the 22 Extractives Industries Companies on the ASX 200 had a presence in almost 50 countries. Trying to trace the payments between these companies and the governments of the countries in which they operate is difficult. But it could be done, and reasonably simply, if Australia introduced a mandatory disclosure reporting requirement that legally required ASX listed extractives companies to make public their payments to government in every country in which they operate.

Legislation for mandatory disclosure was introduced in 2013 in the EU, and 2014 in Canada. The reporting requirements in both Canada and the UK have been in effect coming up to one year, and have already shown payments of $150bn to governments of over 100 countries — including to countries recognised as suffering from the ‘resource curse’, and payments to countries where Industry opponents to this legislation challenged their legal ability to report, such as Qatar and China. Even with just a single year data set to work from, civil society is already making use of this information in multiple ways. Some have used it to show how the UK reports are providing a new standardised data source for oil prices, while others are using it for global advocacy.

A case study by PWYP UK used payment data released under the UK legislation from Royal Dutch Shell in Nigeria; BG Group (now part of Shell) and Petrofac in Tunisia; BP and Shell in Indonesia; and Shell and BP in Iraq. PWYP UK then created infographics for 3 countries and a data summary for the fourth which were then shared with the PWYP Coalitions in these countries for their advocacy. It demonstrates how this data can be used by local civil society in their efforts to keep their governments accountable, and the global collaboration this data facilitates.

Ideally, that should be where the discussion stops; that Australia legislates to empower communities where Australian companies operate, and increase fiscal accountability and transparency of Australian companies. Unfortunately, there exist more concerning reasons why Australia requires this legislation. The recent ICIJ report A Fatal Extraction highlighted the high number of deaths linked to Australian extractives companies or operations in Africa. We have seen numerous allegations of corruption and bribery in the sector featuring Australian companies or subsidiaries, and the legal but unethical fiscal deals and tax breaks between Australian companies and African Governments which result in countries losing millions. Mandatory disclosure legislation in Australia wouldn’t automatically solve every single one of these issues, but none of them can ever be sufficiently addressed without it.

Domestically, the recent Petroleum Rent Resources Tax (PRRT) inquiry is a result of civil society organisations finding limited public information, using freedom of information requests to obtain additional data and exposing the declining revenue while Australia is in the midst of an LNG export boom and on the verge of becoming the world’s largest exporter of LNG. Had Australia has a mandatory disclosure regime in place, it would have made this issue more readily identifiable by civil society and the Commonwealth, as the data would have been publicly accessible.

Even if we remove the ethical impetus, there is a strong business case for this legislation. Increased openness in company reporting makes good business sense, it increases social license to operate, makes investment more attractive and complements work towards the emerging global reporting standard. It’s why Canada’s peak mining body, the Mining Association of Canada, was an active advocate for and has remained strongly supportive of this legislation, and also why Australia’s two largest extractive companies, BHP Billiton and Rio Tinto, who are captured by the UK legislation, also publicly state their support.

Of course, there are companies more comfortable in opacity. Introduction of this law domestically will create significant push back from some companies, and the influence and power of extractives industries globally or domestically is not underestimated by anyone. We only have to look to the US to see how the same specious arguments some industry members continually regurgitate to keep their payments overseas secret – arguments civil society and Industry supporters not only dispute, but have proven false – resulted in the equivalent US requirement, the Cardin-Lugar provision, having been vacated as one of President Trump’s first actions.

Australia announced its intention to join the Extractives Industries Transparency Initiative (EITI) in May 2016. EITI is a leading global initiative that aims to increase transparency in the extractives sector through a voluntary domestic reporting system. 51 countries are currently implementing the EITI. EITI is a great step to towards transparency for Australia, and an overdue one for a country that has long been one of the initiative’s largest financial supporters.  But for a country with the global presence as large as Australia, it’s not enough. EITI complements mandatory disclosure, but cannot replace it, a position that is supported by the EITI Secretariat. Nor can supporting the development of countries’ natural resources sector be achieved solely through our aid programme. It demands policy intervention and leadership from the Australian Government, and it needs the support of the Australian extractives industry. We cannot continue to claim we are world leaders in mining if we refuse to meet the emerging global standards and do nothing to address our role in the lack of fiscal transparency in the global extractives sector.

As Australia moves towards increasing openness through EITI and by joining the Open Government Partnership, the time is right to discuss a mandatory disclosure reporting regime. Australia has largely benefited enormously from its natural resources, and we have done so in a transparent environment fundamentally free of corruption; we owe it to other countries to allow them the same opportunity.

Jessie Cato is the National Coordinator for Publish What You Pay Australia.

Jessie Cato is the National Coordinator for Publish What You Pay Australia.