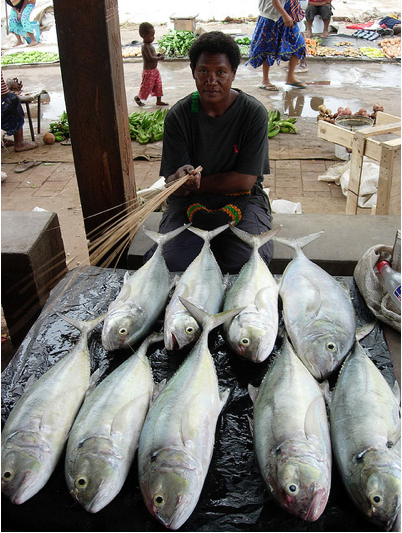 In a move that might strike some observers as rather odd, Papua New Guinea recently adopted a national policy intended to stimulate ‘informal’ economic activity. Last November, PNG’s National Executive Council endorsed a policy document put to it by Dame Carol Kidu, Minister for Community Development. The ‘National Informal Economy Policy 2011-2015’ is the result.

Why should such a policy be thought odd or unusual? This view arises because most governments, with the active backing of international institutions such as the IFC and ILO, are trying to diminish the size of ‘informal’ sectors. ‘Formalizing the informal’ or, in other words, absorbing the micro-scale economic activities of the poor into the formal, regulated and tax-paying part of the economy, makes sense in situations where the informal economy has become bloated (as is the case, for example, in much of Latin America, as well as closer to home, in Indonesia).

But in PNG, as I’ve argued elsewhere, the informal economy is too small, not too large. It is still too limited in scale, scope and contribution to national output. Further growth of the informal economy is a necessary step towards the emergence of a class of vigorous national entrepreneurs in the small and medium enterprise (SME) sector, which is still pitifully underdeveloped. And the informal economy is still too weak to perform the task of transmitting the developmental impulses that should flow through the economy as mining and gas revenues increase in coming years. This is a major policy challenge for PNG, if equitable sharing of the benefits of the resource boom is to occur.

Notice, by the way, that it’s called the ‘informal economy’ policy, with all references to the informal ‘sector’ dropped. This conforms with international practice and was done in an effort to shed negative connotations attached to the old name (shared by many PNG politicians and officials, by the way). Calling it the ‘informal economy’ focuses attention on its positive economic contribution rather than stigmatizing the people in it as a social problem.

That doesn’t appear to be the approach of the PNG Department of National Planning and Monitoring (Planning), whose recent launch of a Medium Term Development Plan 2011-2015 is replete with references to the informal ‘sector’, as well as revealing serious misconceptions about the informal economy and some rather misguided policy proposals. I have already put on record my reservations about the Planning department’s inadequate understanding and treatment of the informal ‘sector’ in the earlier-published Development Strategy Plan. The medium-term plan has only served to intensify my misgivings. Briefly, while we should welcome the extent to which the Planning department embraces informal economic activities in its planning framework, we should be worried at the shallowness of its understanding of these activities. Defining the informal economy as a ‘sector’, just like agriculture, fisheries, mining, forestry or others, is nonsensical. In fact all of these sectors (as well as others in the service industries) have their own formal and informal components.

One has to wonder about the extent and quality of communication between the ‘silos’ of government concerning this matter. The Department of Community Development appears to have fallen short in communicating its vision of a vibrant and productive informal economy and the means to achieve this. The Planning department, for its part, appears to have been insensitive to the parallel planning process underway in the Community Development department, from which it could have learned a great deal. Had it, for example, adopted the Community Development department’s emphasis on ‘financial inclusion’ as an overarching strategy, it might have avoided the unfortunate emphasis on shoveling out money to finance lending, as a means of stimulating informal economic activity. The Community Development department’s approach, focusing on the need for widespread availability of a number of financial services – remittances, payments and (especially) savings, as well as credit – is far better-grounded in an understanding of what people need in the informal economy. This applies, for example, to many (perhaps most) of the 8,000 ‘tucker shops’ classified quite erroneously as SMEs by the Planning department, even though they are, in terms of culture and capitalization, little more than informal microenterprises. This classification probably owes more to the contest for bureaucratic turf than to any analysis of their situation.

The Department of Community Development has a doughty champion in Dame Carol. She has internalized the arguments and argued her case from an intellectually stronger position, albeit a politically weaker one. Real progress will only occur when the economic and planning ministries (where real clout lies), together with their Ministers, accept that the informal economy is central to the daily life of a majority of the people of PNG and that Dame Carol’s National Informal Economy Policy has provided a coherent framework for it to flourish.