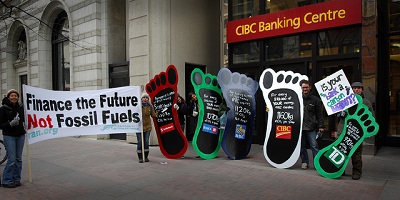 International climate finance – financial flows that support efforts to mitigate and adapt to climate change in developing countries – has a vital role in making the global response to climate change fairer and more effective. The years leading up to the landmark 2015 Paris Agreement saw a proliferation of new institutions to govern climate finance. The newly operational UN Green Climate Fund promises to spur a “paradigm shift” towards climate-friendly development, and new multilateral, bilateral and domestic climate funds have emerged, along with growing private sector investment in clean technologies.

Despite this institutional surge, translating multilateral finance goals into effective action faces major challenges. A pledge by industrialised countries to mobilise US$100 billion in climate finance by 2020 from public and private sources has attracted intense debate over how much progress has been made so far, and how progress should even be measured. With US President Donald Trump stating he will cut climate finance, it seems less likely than before that existing targets will be met. And it seems even less likely now that enough funding will be raised to meet developing countries’ needs. Even if funding flows are adequate, there remain the difficult tasks of ensuring that funding is accessible to recipient countries, allocated equitably, and yields tangible benefits.

What factors have shaped the way in which climate finance is governed, and how could it be governed better? These questions animate a new special issue of International Environmental Agreements: Politics, Law and Economics: “Managing fragmentation and complexity in the emerging system of international climate finance”. The special issue arose out of a research workshop held at Lund University in 2015.

A key insight of the collection is the need to see arrangements for governing climate finance as a system distinct from, yet enmeshed with, the overarching system for governing climate change. One important distinguishing factor is the close but contested relationship between climate finance and development finance. At the same time, the climate finance system exhibits a substantial degree of “fragmentation” – understood as a patchwork of institutions, norms and actors – a dynamic also found in broader climate governance. The special issue explores climate finance as a fragmented, complex system in its own right, and outlines recommendations for reform and future research.

The climate finance system encompasses a wide range of institutions and actors, ranging from new bodies such as the Green Climate Fund and national climate funds in developing countries, to existing institutions that have scaled up their funding for mitigation and adaptation. Laurence Delina shows how the Asian Development Bank has become a major player in financing clean energy in recent years, while Nina Hall outlines how the United Nations Development Programme (UNDP) and the International Organisation for Migration (IOM) have engaged in adaptation finance.

At the same time, the contributors to the special issue find that the boundaries of the system remain fuzzy, particularly when it comes to determining what counts as adaptation finance (as Nina Hall argues), and how climate-related development assistance should count towards multilateral targets (as Timmons Roberts and Romain Weikmans discuss).

Fragmentation in the climate finance system may be found not only in institutional proliferation but also in contestation over the basic norms of the system, as demonstrated in Pieter Pauw’s study of developed countries’ views on private adaptation finance, and Jakob Skovgaard’s analysis of divergence among finance ministries on rationales for providing climate finance.

Yet the articles also find evidence for synergies and shared norms. While developing and developed countries differ regarding the role for private climate finance in meeting global financing targets, Pauw finds that they agree on the vital role of the private sector in implementing adaptation measures at the local level. Meanwhile, Carola Betzold and Florian Weiler find that patterns of allocating international adaptation finance show a degree of agreement about the importance of prioritizing the most vulnerable countries.

All the articles in the special issue point to the lack of clear, agreed multilateral definitions and standards for monitoring climate finance. In many ways this lack of clarity is symptomatic of unresolved norm conflicts over the purposes and priorities of climate finance. But some articles also explore how fragmentation may arise from “epistemic ambiguity” (Hall) about the impacts of climate change and the appropriate responses to those impacts (Roberts and Weikmans; Betzold and Weiler).

Domestic factors may also drive fragmentation across institutions and norms, including divergent views among finance ministries over whether climate finance should be viewed as a response to market failure or an expenditure to be limited (Skovgaard), and polarization among political parties over the urgency of addressing climate change, as Jonathan Pickering and Paul Mitchell find in a case study of Australia’s shifting positions on climate finance.

Many of the articles find that fragmentation has negative consequences for how climate finance is governed. A web of different institutions with different accounting standards makes it difficult to track and hold to account actors involved in raising or managing climate finance (Delina; Hall; Roberts and Weikmans). Furthermore, when domestic political factors in contributor countries produce volatility in funding flows, this undermines the trust between developed and developing countries crucial for securing global cooperation (Pickering and Mitchell). Lack of agreed rules also impedes effectiveness and equity in allocating resources. For example, in the absence of shared commitments to phase out carbon-intensive investments, development finance institutions may undermine their own climate finance objectives by funding fossil fuel power generation (Delina). Similarly, contributor countries may not adhere to multilaterally agreed principles when allocating adaptation finance bilaterally (Betzold and Weiler).

Despite these findings, fragmentation and complexity in climate finance may have some beneficial consequences. For example, the multiplicity of actors may be an opportunity to leverage funding from as many sources as possible (Pauw). Vague definitions of adaptation finance may also provide organizations with greater autonomy to develop practice-based understandings of what adaptation requires in different local circumstances (Hall).

It is not surprising that numerous contributions call for clearer definitions, agreed accounting standards and oversight to make the climate finance system more accountable and effective (Betzold and Weiler; Hall; Pauw; Roberts and Weikmans). Roberts and Weikmans see scope for both the UNFCCC’s Standing Committee on Finance and independent data trackers to play a greater role in this regard.

While developing common standards is a high priority, in the interim individual actors can reduce norm conflicts within their own policies and practices. Thus Delina argues that multilateral development banks such as the Asian Development Bank should scale back their investments in fossil fuels in order to minimize contradictions with their emphasis on financing sustainable energy.

To address the consequences of fragmentation due to domestic political polarization, Pickering and Mitchell propose improved multilateral oversight of arrangements to share the global financing effort, including structured replenishments of the Green Climate Fund and other multilateral funds. They also argue that diversifying the sources of climate finance may help to reduce the unpredictability inherent in any single source of funding (e.g., aid budgets), even if such a strategy may tend to increase rather than reduce institutional fragmentation.

Since the special issue was finalized before the US election in 2016, it does not specifically explore the implications of the Trump presidency for the climate finance system. Domestic politics, as several articles emphasize, has an important role in shaping the global governance of climate finance. But a counterbalancing implication that may be drawn from the special issue is that the climate finance system is now considerably more extensive and institutionalized than it was a decade ago. Thus, as with global climate governance more broadly, the defection of a major player will not signal the end of cooperation among the broader range of actors committed to a climate finance system that fulfils its internationally agreed objectives and targets.

Jakob Skovgaard is a researcher at the Department of Political Science at Lund University, Jonathan Pickering is a Postdoctoral Research Fellow at the Centre for Deliberative Democracy and Global Governance at the University of Canberra, and an Associate of the Development Policy Centre. Carola Betzold is lecturer at the Institute of Political Science at the University of Göttingen, and was a Visiting Fellow at the Development Policy Centre in 2016.

This post is republished with permission from the InoGov Blog.