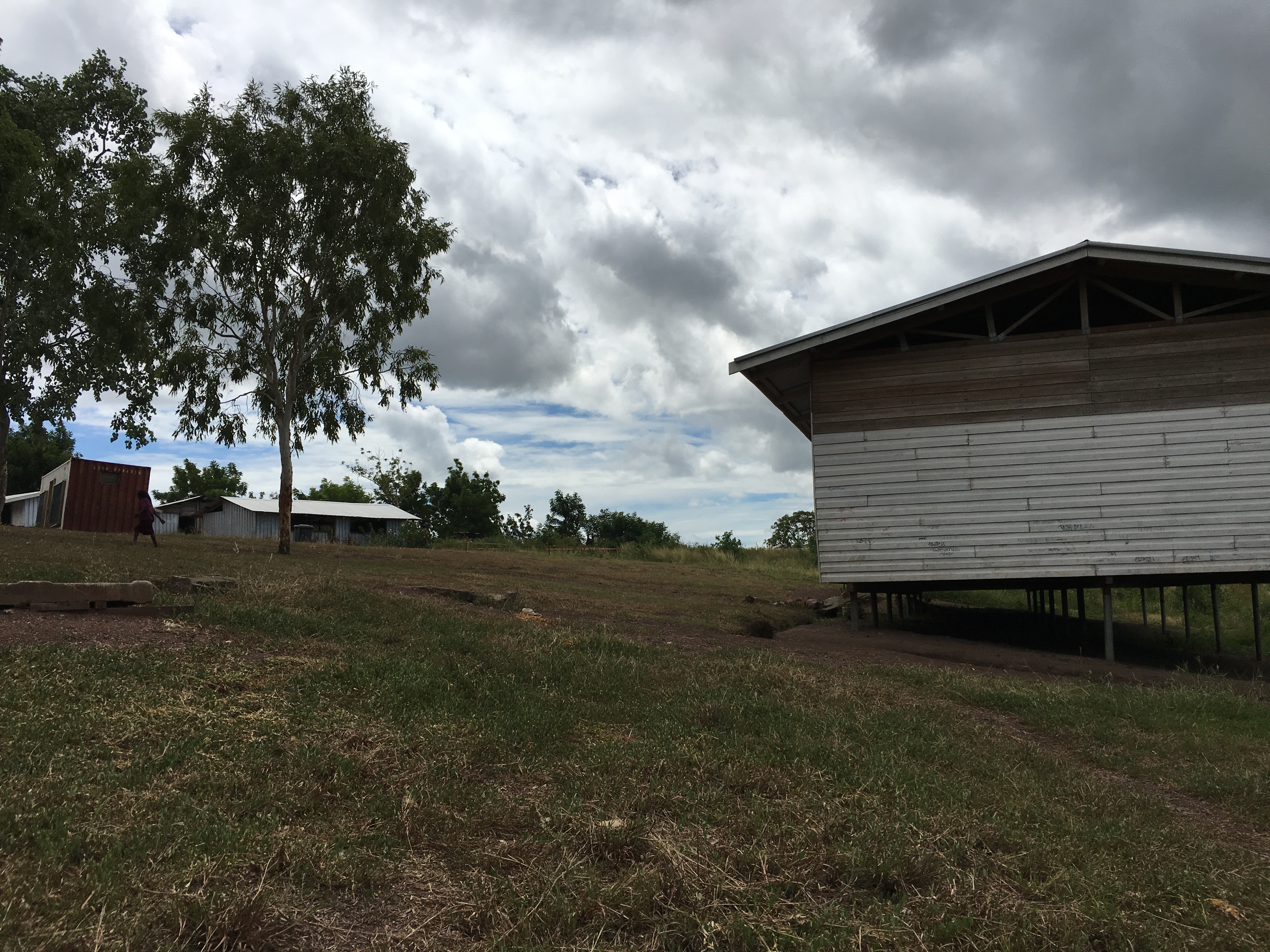 Perched on top of a hill in the ATS settlement in Port Moresby, Papua New Guinea, just a short drive from the international airport and all major services, is the remarkable local success story of the Christ the King Primary School. The settlement gets its name from the acronym used to denote the adjacent Air Transport Squadron (ATS) formal compound. The school, a local initiative, currently caters for several hundred children in the community with no government support. I first encountered the school during my PhD fieldwork in 2013.

The congregation of the Christ the King Anglican Church established the school around 2009. A handful of teachers responded to the call by the church for teachers living in the community to serve in the school. A former school headmaster, Mr Bernard Karad, living in the settlement, was asked to help run the school. The school has gone from strength to strength, expanding over the years to a substantial educational institution in terms of infrastructure, staff and student enrolments. However, despite its successes the school remains unregistered and therefore does not receive government funding. In order for it to receive government funds it needs to meet conditions such as a minimum number of enrolments, a minimum number of classrooms, water and sanitation facilities, and clear ownership of land.

Why is the government of PNG excluding urban schools like the Christ the King Primary School from government funding? The school is meeting the educational needs of this growing urban community. It is also contributing to the government’s Universal Basic Education (UBE) plan and the National Plan for Education (NPE). 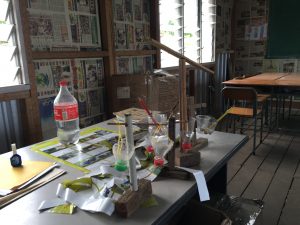 Both the UBE and NPE place the responsibility for building classrooms, providing water and sanitation facilities, and securing land for schools, on communities, local level governments and district administrations. These policy conditions in PNG are based on an official recognition that most land is the property of traditional landowners. Historically, a major constraint to development projects has been landowning communities in mainly rural areas demanding compensation for the use of their land for development projects. In this context, an ongoing challenge for policy has been a focus on ‘making land work’ for development. In the absence of a national framework that guarantees land for development purposes, these education policy conditions are intended to ensure the ‘buy-in’ from communities before they can qualify for government funding. These policy conditions exclude urban communities who illegally occupy land and have difficulties accessing water supply from formal registration.

My research explores how the community has overcome these structural constraints imposed by the government’s education policy. It explores the idea that notions of democratic citizenship that involve universal access, fairness and inclusion are not necessarily attained through the state. This is evident in the experience of Christ the King Primary School as it has sought to develop and respond to the growing demand for education in the community. Initially the school operated intermittently with funds raised by school fees and church members to pay teachers’ allowances. Faced with ongoing financial shortages the school was under constant threat of closure until the bishop for the Anglican Church city diocese, Bishop Peter Ramsden, intervened. He secured funds from the Anglican Board of Mission in Australia and from the Peter O’Connor Foundation to support teachers’ salaries and to build a new classroom. Another organisation in the city supplied equipment for the classrooms. In 2013 additional classrooms were being built and classes through to grade 4 were offered. The start of 2013 saw over 100 students enrolled. A couple of teachers were supported by a local NGO who received funding through the Australian aid program. 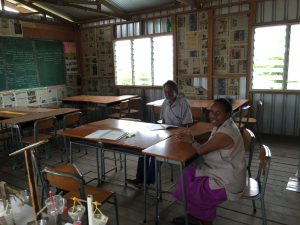 When I returned to the settlement for a brief visit in 2016, school enrolment had grown considerably to several hundred students; two new classrooms had been built and it was now staffed with nine qualified teachers. Another new classroom was under construction and plans were underway to build yet another classroom. The community, led by the church council’s chairlady, Ms Girika Sanata, continued to raise funds to build additional classrooms.

The school worked with Anglicare and WaterAid in 2013 to provide water tanks, shower blocks for female students, wash stations, and pit toilets. The water tanks that had been installed were in disuse and the school management was liaising with another NGO to organize some repairs. The school appeared to have resolved the water issue by paying for pipes to be installed directly to the school.

The remaining barrier to formal registration was that the school still illegally occupied the land on which it was established. Perhaps the biggest threat to the continued operations of the school will come from any eviction threat should a private leaseholder decide to exercise its legal claim to the land. Until it can address these conditions, the school will continue to rely on the support of church and other non-government organizations. As noted in this report such help is limited because of its informal status.

The story shows that the issues relating to land and water have excluded some urban citizens from accessing government funds despite the policy rhetoric of universal access to education. A more innovative approach is required from government. But the story also shows how citizens in Port Moresby are overcoming challenges they face in the urban setting. For residents of this settlement, it is through their aspirations for services, their networks with churches and NGOs, their values and hard work that they assert their rights as citizens with a stake in the city’s development.

Michelle Rooney is a Research Fellow at the Development Policy Centre. She was awarded the Association for Political and Legal Anthropology 2016 Graduate Student Paper Prize for the research paper, currently under revision, upon which this post is based.

Author’s note: I am grateful to the many people and representatives of various organisations who have shared their insights. In particular, I thank Mr Bernard Karad and Ms Girika Sanata and the community at the ATS settlement who supported my research. Any mistakes in this post are entirely mine.