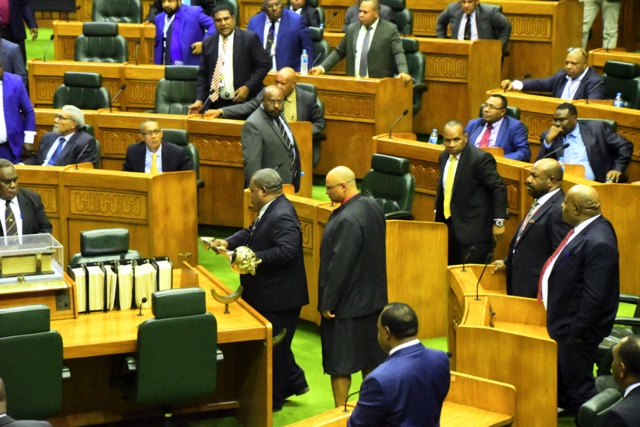 “There must be political stability to bring development”, argued Paias Wingti, Governor of Western Highlands Province and former prime minister of Papua New Guinea, in September 2021.

Wingti believes impact projects can only be delivered if governments serve an uninterrupted term in parliament. He blames mid-term changes of government for preventing development taking place. The governments of the late Sir Michael Somare and Peter O’Neill “delivered impact projects right around the country” because they “survived a full-term”.

The benefits of stability can be debated. But what is often overlooked is that, even if a government survives a full (five-year) term, it might not be stable. Ministerial stability and longevity are important in creating a stable policy environment. 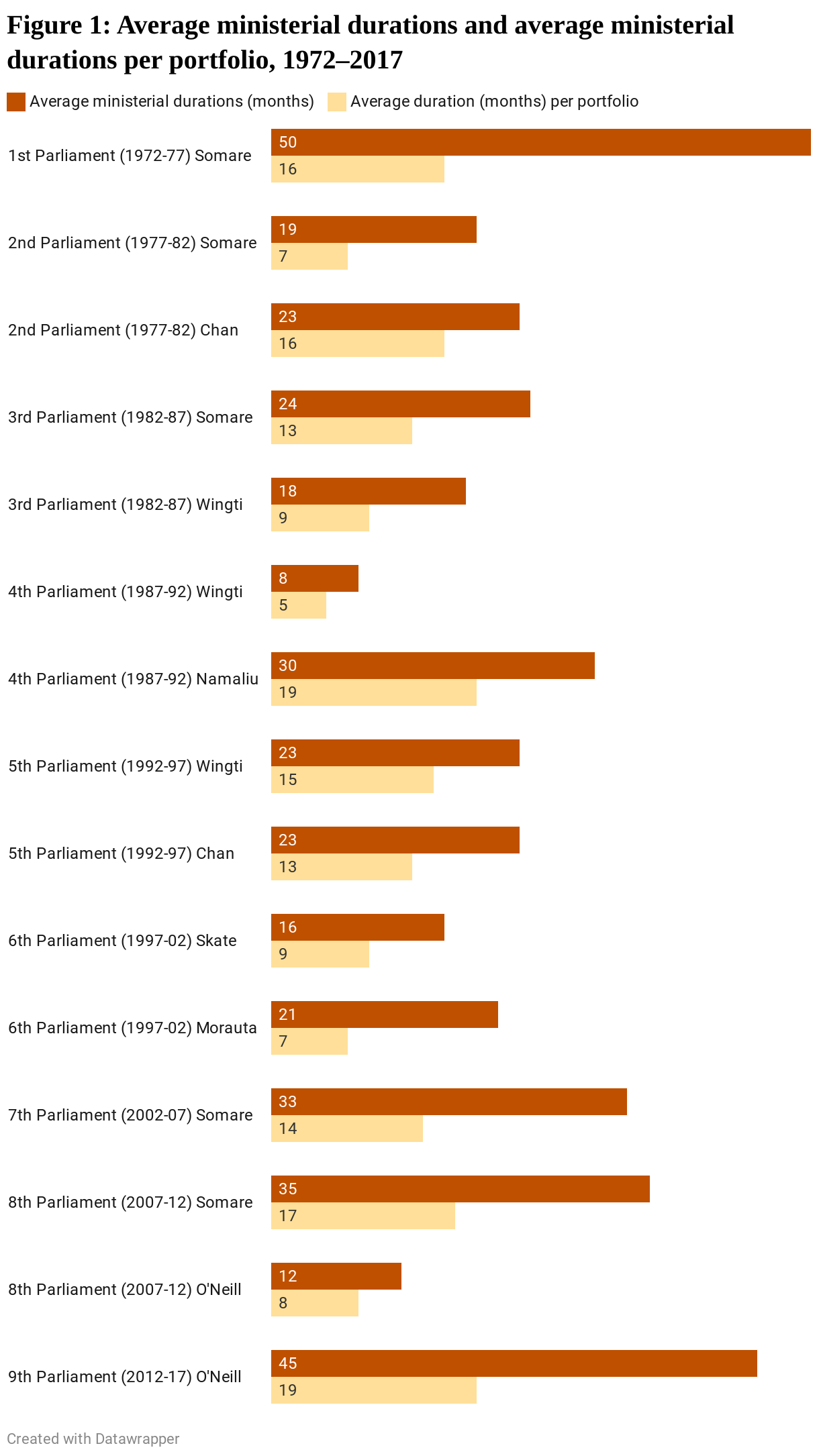 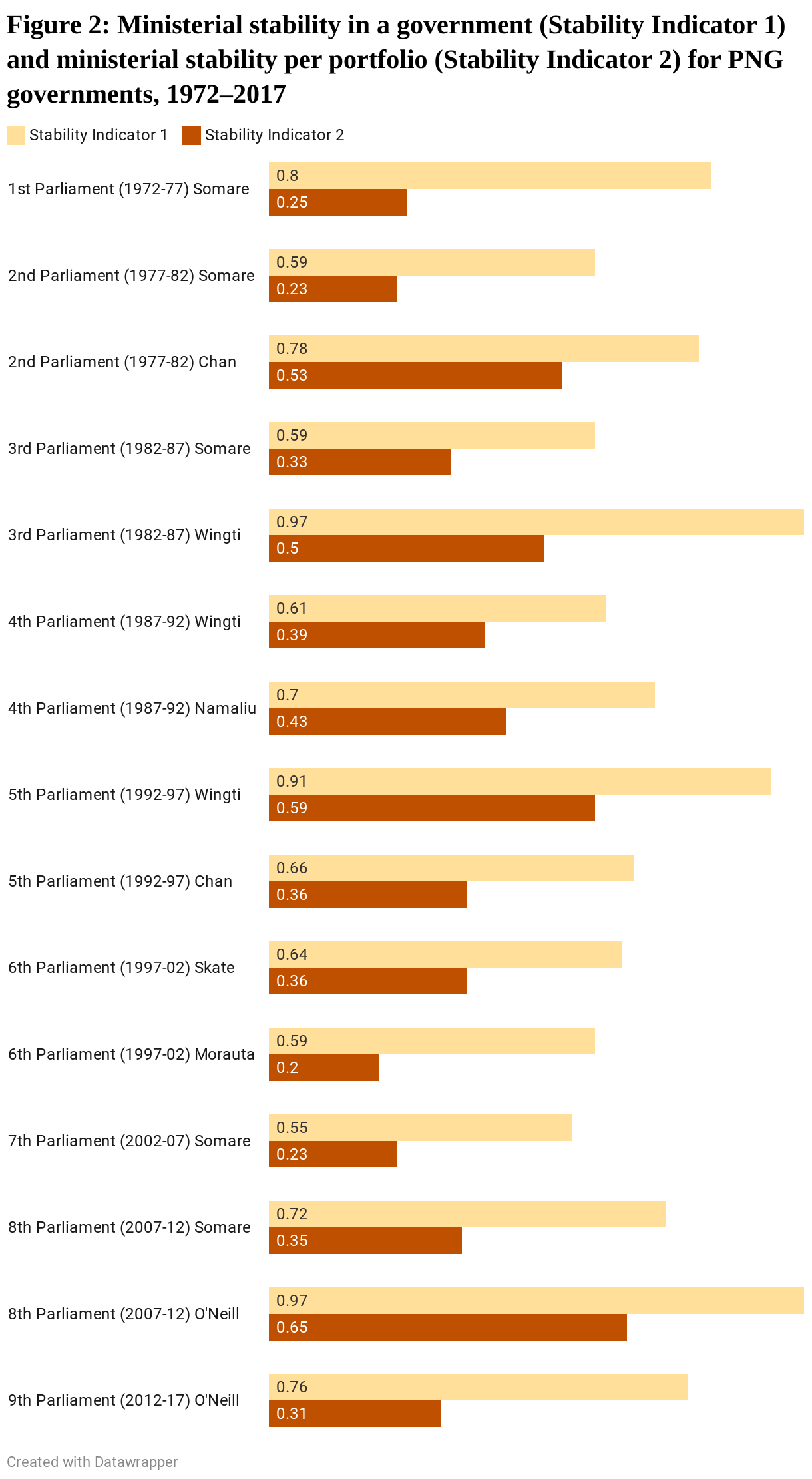 The average for Stability Indicator 2 is 0.39. O’Neill’s government in the eighth parliament had the highest score on this indicator at 0.65. Ministers changed portfolios comparatively rarely during the lifespan of this government. The governments of Morauta (sixth parliament) and Somare (seventh parliament) scored the lowest with averages of 0.20 and 0.23, respectively. This means that during the time of these PMs, there were on average four or five ministers for each portfolio.

Although both Somare and O’Neill enjoyed full terms in office, ministerial stability varied significantly between them. O’Neill’s 2012-17 government experienced high stability on Indicator 1 but low stability on Indicator 2. Somare’s government, on the other hand, experienced low stability on both indicators, despite the Organic Law on the Integrity of Political Parties and Candidates being operational during his tenure. (The law was meant to promote stability, and was subsequently in large part overturned by the courts.) In other words, Somare kept changing his ministers, and O’Neill retained the same ministers but kept reshuffling their portfolios.

This article is published in partnership with Policy Forum. It is based on an article in the Asia & the Pacific Policy Studies journal, ‘The hidden dimension to political instability: Insights from ministerial durations in Papua New Guinea from 1972 to 2017’, by Henry Ivarature. The database on which the article is based is also available. All articles in the journal are free to read and download.

The Australia Pacific Security College (APSC) is an educational institution funded through the Australian Government aid program. The views expressed in this blog are those of the author only.