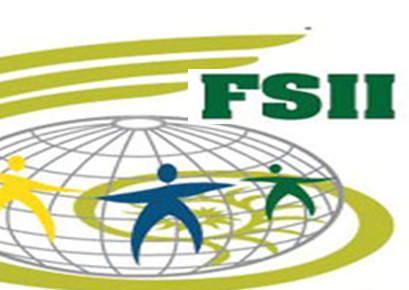 As the saying goes, “all good things must come to an end”. RAMSI’s good intentions and blessings to the people of Solomon Islands will eventually come to an end. Here are my contemplations and reflections about the current RAMSI transition.

After the first rays of dawn struck the tarmac of Solomon Islands Henderson International Airport on Thursday 24 July 2003, hundreds of soldiers, police and civilians from Australia, Cook Islands, Fiji, Kiribati, Nauru, New Zealand, Papua New Guinea, Samoa, Tonga and Vanuatu stepped out from planes. Eventually totalling over two thousand personnel, these security forces came not in anger but rather with smiles and as friends determined to assist a neighbour who was in need. In what was to become a successful experiment in regional cooperation, RAMSI – the Regional Assistance Mission to Solomon Islands – “helpem fren” (help a friend) was born.

The fundamental objective of RAMSI was to help the Solomon Islands lay the foundations for long-term stability, security and prosperity in the wake of a conflict that had begun in 1998 between rival militants of Guadalcanal and the neighbouring province of Malaita. (If you are interested I have written more about the conflict here.)

Looking back to 2003 Solomon Islands and RAMSI have come a long way.

One of the paramount achievements was the immediate restoration of law and order, including the successful collection of guns from former militants. This has been a major success, something that Solomon Islanders are very grateful for.

There have been clear successes in this area. There has been substantial work done in repairing and reforming government machinery, resulting in improved government accountability (although there’s still lot to be achieved) and improved delivery of services in urban and provincial areas.

RAMSI’s strengthening of the court systems and legal services has been a huge success. The Case Support Unit has benefited many Solomon Islanders, especially witnesses and those accused of crimes who do not understand English properly. It has also provided counselling and basic support.

Through 10 years of hard work, with the help of many Solomon Islanders who are passionate to see changes, RAMSI has also helped improve economic governance. Today, the country’s economy has improved and this is due to improved economic governance and tighter controls on the government’s financial systems.

RAMSI’s presence has given confidence to many investors to invest in the country. This helped rebuild the economy and has encouraged economic growth, which is paramount in a post-conflict nation like Solomon Islands.

Building strong and peaceful communities is no easy task, but through 10 years of hard work by both RAMSI and communities a lot of communities have grown stronger and more peaceful.

RAMSI has also worked on the capacity of the Royal Solomon Islands Police Force (RSIPF). The Acting Police Commissioner told FSII News two weeks ago: “Yes we are ready to take RSIPF forward after RAMSI leaves”. This suggests, hopefully, that the country has achieved a lot in terms of policing improvements – one of the central areas of RAMSI’s work.

One of RAMSI’s most significant failures in terms of safety and security has been the unsuccessful missions trying to recapture fugitive Edmond Sae, who at this point in time is still hiding in the jungles of Malaita. Edmond was charged with the killing of former Police Commissioner, the late Fred Soaki who was cold-bloodedly murdered at an Auki Motel during his term as a member of the Peace Monitoring Council, a council set up to oversee the restoration of peace after the signing of the Townsville Peace Agreement. Sae was further charged over the killing of a civilian, after he indiscriminately fired rounds at the Auki Police Station from a moving vehicle. He was captured, arrested and taken to Honiara but escaped through the collaboration of certain people in the RSIPF. He is still at large after another failed mission last month by PPF and RSIPF members. Failure to recapture him raises serious questions about RAMSI’s intelligence and capabilities.

At the same time Guadalcanal Prison escapees Gedley Isa and Francis Lela, two of Harold Keke’s closed acquaintances, remain at large despite PPF/RSIPF missions to recapture them. Both fugitives are now hiding on the rugged Weather Coast of Guadalcanal and are classified as very dangerous. Unless these two prisoners are recaptured, people in the Weather Coast are not safe.

Much has been achieved in this area, but the geography of Solomon Islands remains a big hindrance to delivery of services in provincial areas. Many Solomon Islanders still do not receive the services they need.

Another major governance challenge that remains comes in the form of constituency development funds given to MPs from government revenues and Taiwanese aid. Often this money is unaccountably spent.

Whilst RAMSI’s presence has given confidence to investors to invest in the country, which has helped rebuild the economy and which has encouraged growth, there needs to be more broad-based growth. As usual, investment is focused on urban centres, especially Honiara, burdening social services. RAMSI should have done more to promote decentralisation and regional development, because unequal, Honiara focused development was one of the causes of the Tensions.

RAMSI’s “helpem fren” mission will leave many legacies that many Solomon Islanders will treasure but the immediate future of this country lies in the hands of Solomon Islanders. Much has been learnt and transforming the future begins with us.

The Solomon Islands blessed with abundant natural resources but has been unable to use them in a way that brings development to all. Indeed, one of the underlying causes of the Tensions was the unfair distribution of the nation’s wealth and this remains. Unless all the people of Solomon Islands begin to share in the benefits of peace and development conflict will continue to be a threat. This, I think, is the biggest challenge for the future, and one the government has to deal with.

Benjamin Malao Afuga is a co-founder and Chief Executive Officer of the Forum Solomon Islands International (FSII), a social network oriented civil society movement in the Solomon Islands. He has a background in educational administration, management and social science. Prior to setting up and commencing work as a full time volunteer for FSII, he worked as National Program Coordinator for the SI Truth and Reconciliation Commission (TRC).

Benjamin Malao Afuga is a co-founder and Chief Executive Officer of the Forum Solomon Islands International (FSII), a social network oriented civil society movement in the Solomon Islands. He has a background in educational administration, management and social science. Prior to setting up and commencing work as a full time volunteer for FSII, he worked as National Program Coordinator for the SI Truth and Reconciliation Commission (TRC).