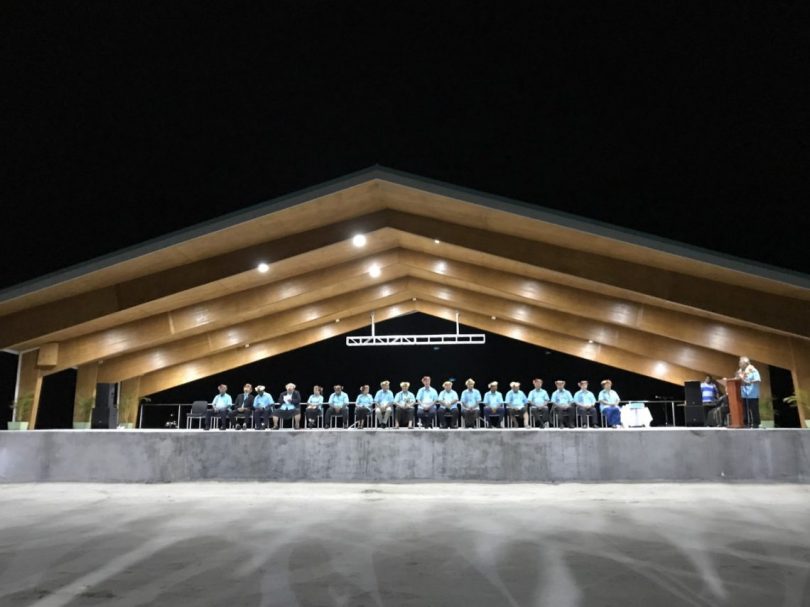 Prophesies of the end of the Pacific Islands Forum (PIF) as we know it are close to being fulfilled after a virtual and very tense leaders’ meeting last week. The difficulties of this awkward format, held via Zoom rather than face-to-face for the first time in 50 years, were amplified with threats by the five Micronesian members to quit the regional body if their choice for Secretary General was rejected. Had their candidate been successful, he would have been the first Micronesian to hold the post in more than two decades. Instead the Forum is now close to losing almost a third of its members, subject to a few caveats in the fine print.

Just days after Tropical Cyclone Ana smashed through Fiji, from where the digital get-together was hosted, the looming diplomatic storm engulfed the Pacific family. In what is thought to be the second longest leadership retreat after Tuvalu in 2019 (where many more issues were on the table), the 17 participating members voted 9 to 8 in a secret ballot to install the Cook Islands candidate and former PM Henry Puna over Micronesia’s Gerald Zackios. The trigger was cocked for Micronesia to unleash a very slow-moving bullet into the heart of the Pacific’s peak political body.

Whilst the Chair of the Forum, Tuvalu’s PM Kausea Natano, was at pains following the vote to stress the solidarity of support across the regional leadership for their newly minted SG, others made very clear and public that their displeasure was not going to dissipate anytime soon.

President Surangel Whipps Jr of Palau was quick to make his disappointment known and followed through with a diplomatic note to Fiji’s government to advise his country was leaving the PIF, and an embassy in Suva had become an unaffordable luxury.

On Tuesday, after a meeting of the Micronesian Presidents’ Summit, the five leaders signed a communiqué to advise they would commence their withdrawal from the PIF. However, there does appear to have been some wiggle room built in with this wording: “Each nation will undertake this process with respect to its own internal legal and procedural requirements and final decision rests with respective governments.”

Henry Puna will take up the role of SG in April 2021 and will need to hit the ground running. Uproar after the dead of night deportation from Fiji of the Vice Chancellor of the University of South Pacific, Professor Ahluwalia Pal (and his partner), has inflamed the situation. With the SG sitting as Chair of the Council of Regional Organisations in the Pacific (CROP), he will be expected to navigate the complications that this action by the FijiFirst government has caused.

But the main priority will be somehow trying to rebuild bridges with the Micronesian leadership. Puna will need to take good advice on this score and make strategic use of available assets, in particular how his Deputy Secretary General can be brought into play. Dr Filimon Manoni is a citizen of Marshall Islands (and of PNG) and this may provide an important opening. Former Fijian diplomat Kaliopate Tavola, once candidate for the position of SG, told us:

Puna should now reassure the Micronesians that his tenureship at PIF will mark a strong partnership with his deputy SG, who will be granted relevant authority and visibility in the conduct of the operations of Pacific regionalism. Moreover, their interests will be given special focus during his term.

What this split lays bare is the need for meaningful reform within the PIF in order to acknowledge and accommodate modern political realities. The SG succession process for PIF has long been contentious, and not always by consensus.

While the leadership of the PIF by Dame Meg Taylor has been acknowledged as “stellar”, the gendered “gentlemen’s agreement” trope is past its use by date. A review in 2002 in response to the enlarged size of PIF saw the membership criteria clearly articulated for the first time. Outgoing SG Dame Meg Taylor explained after the vote this is also when the SG post’s selection process was redefined and, when the “gentlemen’s agreement” of rotation through the sub-regions up to that point was abolished. However, the new process has never been publicly or transparently articulated.

2002 also marked the end of a number of other conventions, starting with the campaign to put an Australian, Greg Urwin, in as SG. It was strongly opposed by a number of countries. Urwin’s ascension overturned the long-held principle that neither Australia nor New Zealand hold the SG post and marked an end to the Pacific Way “consensus” selection process. Urwin won the job after it was put to a vote.

Almost twenty years on, the 2021 special Leaders’ Retreat outcomes statement said there would now be another review, this one into how SGs are selected, but no fixed timeline was given or any assurance it would be made public. In any case, it will be up to Dame Meg’s controversially-selected successor Mr Puna to deliver, as she will have left the post by March.

Hopes that the Forum would have a clear run-up to a (hopefully) face-to-face leaders’ summit in Fiji in August to tackle the bigger issues of their COVID-19 response and climate change are now truly overshadowed. Progress on a host of other issues like maritime boundaries, deep sea mining, West Papua, fisheries, regional security, nuclear contaminants and more could also suffer. Adding to the Forum’s difficulties, some commentators are questioning the point of the Forum or suggesting that what looks to be an ego-driven dispute could be used by China to elevate its regional influence, or more generally lead to added geopolitical complications for the region. Professor Steve Ratuva of Canterbury University commented to us:

Any real or perceived rifts will undermine the credibility of the PIF in the eyes of many and big power with devious intents will take advantage of this to play a group or a country against another. This has been happening but this time, it will worsen. Also, it will weaken the spirit of regionalism which the founders had put in place. Small island states do well when there’s a strong mutual bond amongst them to address their economic, political and cultural issues as they pull their limited resources together to make up for individual deficit.

Unless the Micronesian bloc can be dissuaded from leaving, it would also seem unlikely new US president Joe Biden would take up incoming Forum chair Voreqe Bainimarama’s invitation to attend what could be either a partial or an ugly family get-together. While the Micronesians have announced their intention to withdraw, their departure would only take effect 12 months after giving notice, meaning they could in theory attend one last meeting.

Stefan Armbruster is an award-winning journalist based in Brisbane. He first worked in Fiji in 1994 before moving to CNBC, Dow Jones and the BBC in London. He is currently a correspondent with SBS regularly reporting from and on the Pacific. He also trains and mentors journalists in the Pacific region.