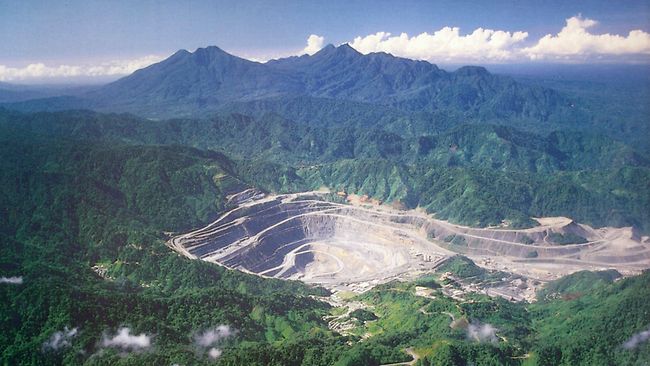 As a starting point I began my research talking with corporate executives in Europe, Asia, North America and Australia about what role they see for their companies in contributing to peace building in areas affected by conflict. My initial finding was that corporations are hesitant to participate in anything called ‘peace building’, due to the political connotations associated with the term. However they do see a role for themselves in contributing to peaceful resource development through the prism of corporate social responsibility (CSR). My search then shifted to ways in which we could make existing modes of CSR more effective in terms of facilitating peace.

I began this search in relation to Bougainville and Papua. Both have long histories of conflict associated with the exploitation of natural resources where the extractive industry has been associated with aspirations for political autonomy. A key trigger of conflict in Bougainville and Papua has been the exploitation of resources for the benefit of a nation state that many feel culturally and politically marginalised from. Resources have provided a strong motivation for the nation state to hold onto control of resource rich areas, while at the same time offering the potential economic means for autonomy for those same areas.

Many Bougainvilleans and Papuans spoke to me with hope regarding the mineral riches lying beneath their land and the opportunities for a better future that they represent. Largely this hope resides in the potential for those resources to provide a momentum for political autonomy. Sharing their hope that resource development can offer, I’d like to raise some ideas my research in Bourgainville and Papua has generated regarding opportunities for peace in Melanesia that might emerge through large-scale extractive industries.

For this to be possible we must first recognise the highly contextual nature of resource conflict. In a region as diverse as Melanesia we need to find avenues for extracting resources that is attuned to the complexities of specific political histories, as well as traditional socio-economies and land tenure systems. The major risks in failing to do so are that resource development can: ignite conflict; exacerbate uneven development; intensify contests between national and local power structures; and increase intergenerational tensions. Despite the large scholarship that exists on the risks related to the resources curse, contributions regarding how these risks might be mitigated – or even turned into opportunities for peace – are much fewer. Given the very human desire for advancement and to improve the conditions of one’s life, it is important that more thought is put into how best to reduce the likelihood of conflict, rather than just assuming (or hoping) that communities will decide the risks are too great and leave the wealth in the ground.

The main limitation I have identified with existing models of CSR is that they are more focused on the distribution of material benefits, such as education and trust funds, than on engagement with the sources of injustice that may lead to violence. I don’t want to underestimate the value of material benefits, but they do not get to the heart of the problem, and will not be enough on their own to prevent conflict. This was certainly the case in relation to the Bougainville conflict and is also evident in Papua, where there have been strong links between resource development, historical injustice and regional inequality. Violence connected to extractive industries often transcends the immediate triggers (such as a dispute over compensation) but taps into much deeper, and at times highly emotive, issues of legacies of colonisation and cultural identity. Immediate concerns might be appeased by a rise in compensation payments, but underlying issues remain unresolved and likely to re-emerge.

Dealing with the underlying drivers of conflict might seem too difficult a task for resource development companies. However, it’s my feeling that engagement at this level opens opportunities for companies to contribute to peaceful development in ways that don’t just require ever-increasing financial payments to landowners. Having said this, I recognise that engagement of this kind is not easy, particularly where there is a hostile state involved.

In spite of the obvious challenges, examples of this type of engagement exist. BP’s strategy in West Papua has attempted to reduce the presence of the Indonesian military in the vicinity of its Tangguh LNG project to avoid the human rights violations and problems that have tainted Freeport’s mining operations for many years. This approach has salience for the possible resumption of mining on Bougainville, where executives of Bougainville Copper Ltd (BCL) and Rio Tinto might do well to seek redemption from Bougainvilleans by recognising and publicly stating the company’s involvement in the conditions which led to the civil war. Many Bougainvilleans I spoke to expressed a strong desire for an apology from BCL, but more than this, a statement about what BCL has learned from the past and how they plan to do things differently in the future. While this approach would no doubt be initially more complex than just working out a lucrative financial pay-off, it does provide an opportunity to address the underlying grievances that led to conflict in the first place. Even more important from the perspective of the company, it’s more likely to result in a viable mining operation that is less likely to be threatened by violence.

There are certainly a lot of problems associated with resource development, and it can be easier to identify the risks than the positives. However, it’s important not to underestimate the value of resource extraction, once the minerals have been identified – particularly where the wealth associated is connected not just to better standards of living but are also seen as a means of realising deeply held political aspirations.

Kylie McKenna is a postdoctoral Researcher at the ANU.