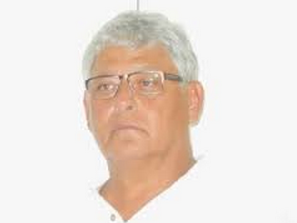 Whilst in Brisbane recently, Tess Newton Cain caught up with Alf Simpson, an independent consultant working in the Pacific region (with whom she normally converses via the internet). You can listen to a podcast of their conversation here. But for the highlights of what they discussed, read on…

We started by discussing Alf’s long and distinguished career in the Pacific. Fiji is home for Alf and after completing a degree in geology in New Zealand, he commenced work in the Mineral Resources Department. He subsequently moved into the specialisation of hydro-geology and from there developed a longstanding interest in management of natural resources in the Pacific. He spent nine years with the South Pacific Applied GeoScience Commission (SOPAC), which included a stint as the Director. Since 2004, he has lived in Brisbane and works in the region as an independent consultant.

So I’ve had kind of three phases in my career: one working for a national government, a Pacific island government; two working for a regional organisation working in the Pacific; and now the last ten years working as an external consultant going back into the region. So I’ve seen the region from three different perspectives. Which gives me a fair idea of how things were, how they’ve changed, and I think where things might go. As I said, I’m a bit opinionated, so where it actually goes and where I think it might go may be two different things.

As a result of a review of regional architecture, SOPAC was recently subsumed within the Secretariat of the Pacific Community (SPC). Alf argues that whilst there is certainly plenty of need for improving regional organisations, this move is not easy to justify:

I think there were other organisations less effective. SOPAC I think, during my period, after Alexander Downer & Co tried to close us down, we rebuilt. We became focused on better governance… We became the first organisation to actually deliver corporate planning, which everybody takes for granted now… So other organisations followed us. And we moved on. And when I left, the organisation grew even more. Donors, funding, … increased about tenfold. So we weren’t short of donor support. We had great ownership by the countries.

In relation to management of natural resources in the region, Alf reflected that a lack of capacity within the region meant that it was difficult for Pacific countries to make use of resources that may be available:

… the opportunity for the region is still in the marine area. It’s very difficult for a region which doesn’t have basically any capacity, any resources, to do the work. So you have to work in partnership with other countries. And during the ’80s and early ’90s, the level of activity was quite significant. We had countries working in the Pacific, which we don’t see anymore. The British were down here doing mapping. We had the Americans… But of late, this seems to have died away… I’m not too sure how much scientific research is actually going on. And I could be wrong, but I don’t hear. It’s not as active as I think it was 10-20 years ago.

We then moved on to discuss the question of political leadership in the region. Alf commented that the only real criterion for judging the quality of leadership is performance. He queried whether those charged with regional leadership were performing or even judged on their performance with reference to how the lives of all Pacific islanders were affected and improved. He lamented the lack of ‘vision’ for the region:

I also find for a lot of them it’s all menu driven. There’s no vision there. They still they don’t know where they want to take the region. I was kind of laughed out of town at one of the last meetings I attended in early 2004, we had the group going around the Pacific finding out what should go into the Pacific Plan. And I said, you need a vision. And the Pacific is all ocean. So maybe for the next 10-20 years, the Pacific should say, ‘we’re a maritime continent. We want to move in this direction and develop our ocean’. No. They thought it was some kind of joke. But that’s all you have, that’s what you should do. You have to make that bold step. And develop the strategy to get you there.

These comments are reflected elsewhere, including in some of the public submissions made during the 2013 review process.

Going off completely at a tangent, we discussed the role that the Pacific might play in relation to developing radical geo-engineering responses to the impacts of climate change. My question was prompted by a presentation [pdf] made last year by Stephen Howes at an IMF conference in Port Vila. Alf’s response was cautious. The Pacific Ocean is, in his words, the ‘engine room’ of the global climate so it is very important in terms of research and innovation. However, he was concerned that there was not sufficient capacity within the Pacific to undertake this type of work. He made reference to the need for Pacific island countries to partner with others and was very pragmatic about what the region needed to get out of this type of process:

We’re not interested in usually the hard data, whatever. We want the product. We want our managers – our water managers, our fisheries managers, our coastal zone managers – we want them with information so they can make better decisions. And that’s all we want. That’s the type of thing we want.

We concluded our conversation with my challenge to Alf to follow through on his promise at the end of 2013 to adopt a ‘glass half full’ approach in 2014. He maintained he still has a number of months to go and acknowledged that some of what he had said painted a bleak picture. However, he pointed to the review of the Pacific Plan as an opportunity to refocus and restructure the regional architecture with a view to achieving – in a concrete way – positive development outcomes for the people and countries of the region. He ended with a final comment on the importance of leadership:

Leaders need to drive the process. They need to have the vision again. They need to establish what the goals are. And then I think the glass will be more than half full for the Pacific.

Tess Newton Cain (@CainTess) is a Research Associate at the Development Policy Centre. Alf Simpson is an independent consultant working on the Pacific region. Prior to his consulting career he spent nine years with the South Pacific Applied GeoScience Commission (SOPAC), which included a stint as the Director.

Alf Simpson is an independent consultant working on the Pacific region. Prior to his consulting career he spent nine years with the South Pacific Applied GeoScience Commission (SOPAC), which included a stint as the Director.