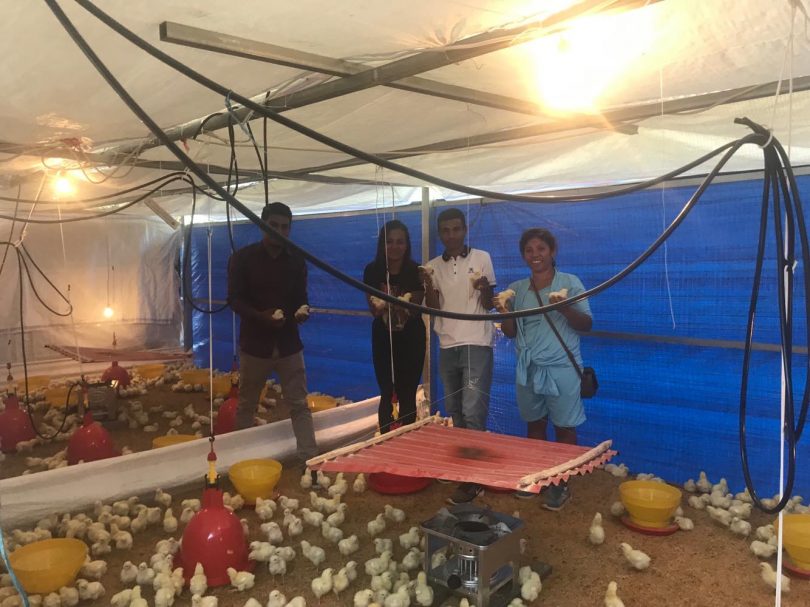 The hamlet of Marabia is a cluster of modest homes and kiosks on the winding road from Dili to Dare. It’s the sort of place that is easy to miss, but in two important ways it has been pivotal in Timor-Leste’s struggle for self-determination and dignity.

On 10 June 1980 FALINTIL, the Timorese guerrilla army, attacked an Indonesian television tower there. One and a half years earlier, at the end of 1978, the resistance had lost its last territory on the slopes of Mount Matebian. The Indonesian State wanted the world to believe the issue of Timor-Leste’s sovereignty was settled. The attack was intended to show that it was not. Dozens died, but the point was made and never forgotten.

In the language of Timorese politics the question of national development is typically portrayed as a continuation of this struggle, and frequently borrows from its imagery.

Whether this struggle has been successful is a matter of contention.

What is clear is that when it comes to the economic life of Timorese communities, remittances are critical. As of 2019 they are the largest source of income for Timor-Leste, after oil and aid, before coffee. But unlike oil it is not a finite resource. And also unlike oil, the wages made by Timorese workers abroad water the grassroots directly. The Australian Seasonal Worker Programme (SWP) stands out among the various options for Timorese looking abroad, by allowing them to remain closely connected to home. People typically spend six months in Australia, and return year after year.

In 2019, just down the rough track from the memorial and past the Catholic capela, a group of returned seasonal workers are continuing the struggle. Pooling money earned in Australia, they have started a small commercial chicken farm.

The people behind the farm call themselves the ‘Timor Connect Group’. They are eleven – seven women and four men. As the name suggests they developed from an extended circle of friends and associates brought together by their employment with the Connect Group, an approved employer of seasonal workers who supply labour to farms all over Australia.

Although the experiences of Timorese seasonal workers in Australia appears to be generally positive, the Connect Group stands out as an excellent employer. In part because of their commitment to pastoral care, its Timorese employees have come to identify strongly with the company. Many of them have been back to Australia four or five times.

The chicken farm is still getting off the ground, and is not Timor-Leste’s first. But in a country where semi-subsistence rather than commercial agriculture predominates, it stands out. It consists of a large raised shed, inside which a sea of yellow chicks being raised up for meat scurry about on a sawdust floor. Plastic feeders and light bulbs hang from the roof. It is managed, rather than directly run, by the group. Two locals tend to the birds until they are ready to ship to Dili for sale. A separate but associated group of former seasonal workers have started a company they call ‘Broilers Organic Distributor’, which has processed the birds and successfully sold them to Dili supermarkets.

Like any business, the Timor Connect Group chicken farm has its challenges. In this case, their difficulties relate to processing, marketing, and economies of scale. Its members are fully aware of these problems and talk of being able to leverage the superiority of their product as local and fresh. Whether they will succeed in this, is yet to be seen.

More than the farm’s design or business model, it is its origins that are most noteworthy. A number of years ago some of its core members worked on an egg farm in Western Australia. Some of them started to talk about chickens. Specifically, the absurdity that the market for bird meat in Timor-Leste is dominated by frozen chickens from Brazil, which sell for around US$3. Having seen where commercially raised chickens came from, a consensus emerged that they could do it better themselves.

First, it is an example of development that, though enabled by the SWP, came about as a result of a Timorese conversation and in response to Timorese needs. There appear to have been no foreign ‘counterparts’, technical experts, report writers or capacity builders directly involved. One of the group’s members was married to an engineer and with his help, know-how from the internet, cheap equipment from Indonesia, and versatile local handymen (Tetun: badaen), they built it themselves.

Second, materially and organisationally, its origins are also distinctly local. As throughout the region, the village collective is a dominant concept in Timorese agrarian life. Life is more complicated now but this collective spirit, borne of the need to pool resources in a sometimes harsh land, remains important. As this example shows, it can and does form the basis for the way people organise and work, even in this global age.

The takeaway is that a good argument can be made that basic economic development in Timor-Leste can be addressed through spontaneous local planning and resources. What is needed is substantial cash input, such as that provided by the SWP, the chance to encounter and consider outside ideas and ways of doing things, also provided by the SWP, and the presence of individuals who don’t mind having a go at something new and taking a risk.

Whether or not this particular business succeeds (naturally, the author hopes it will), it is exactly the type of home-grown, private-sector development that Timor-Leste needs. If the SWP can provide the catalyst for this sort of project – the idea and the capital – then its benefits will go well beyond the cash-earning opportunities and remittances that it provides.