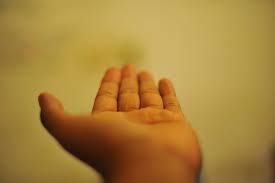 Donors are positive people: the glass is always half full. It is an admirable trait. And it is the trait that shines through when it comes to talking about how much aid rich countries give, as the OECD’s Development Assistance Committee (DAC) recently illustrated:

Development aid rose by 6.1% in real terms in 2013 to reach the highest level ever recorded, despite continued pressure on budgets in OECD countries since the global economic crisis. Donors provided a total of USD 134.8 billion in net official development assistance (ODA), marking a rebound after two years of falling volumes, as a number of governments stepped up their spending on foreign aid.

However, in the case of ODA commitments, the glass isn’t quite half full. Rich countries pledged to increase ODA to 0.7% of Gross National Income (GNI) — a target that was supposed to be reached by 1975. Since then though, ODA from DAC countries has only averaged 0.3% of GNI. And, as the chart below shows, the trend is no better. Donors started off badly in the 1970s, got let generous in the 1990s (after the Cold War) and then ODA picked up a bit in the 2000s. 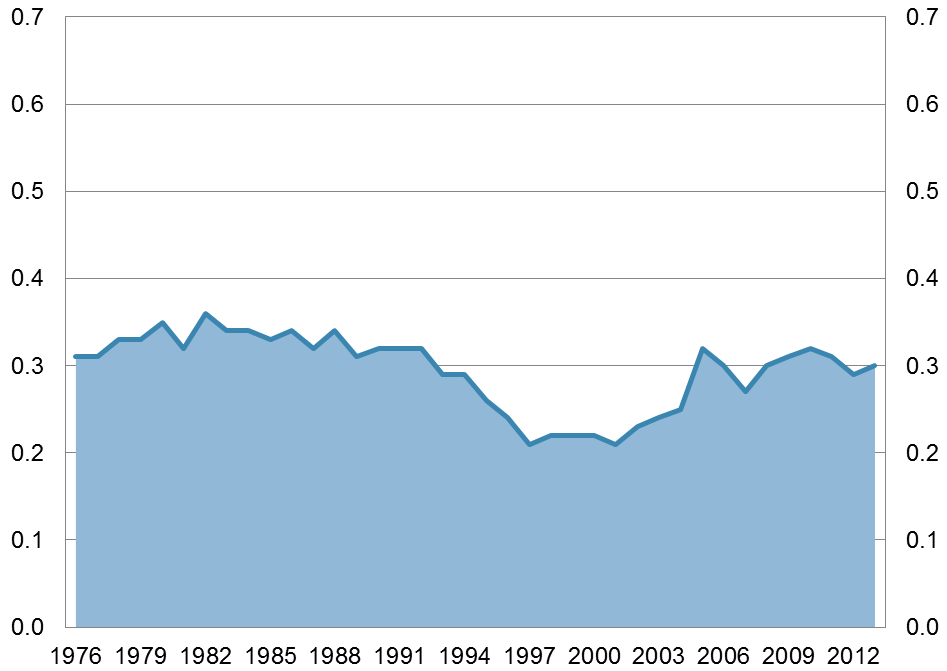 Given that ODA has only averaged 0.3% of GNI, it appears that donors may have thought that the 0.7% target was non-binding.

However a special UN tribunal has been hearing legal arguments on the wording of the 1970 pledge, which stated:

In recognition of the special importance of the role that can be fulfilled only by official development assistance… Each economically advanced country will progressively increase its official development assistance to the developing countries and will exert its best efforts to reach a minimum net amount of 0.7 percent of its gross national product at market prices by the middle of the decade. (UN 1970, paragraph 43, emphasis added.)

Last week, an UN tribunal upheld a challenge to the ‘best efforts’ caveat and found that the 1970 pledge is both legally binding and enforceable.

This landmark ruling opens up the possibility of legal action — either by individual developing countries or a class action — to recover the unpaid ODA. A prospect that is a very grave concern to the stability of the international aid system and its architecture.

So how much development aid is owed?

According to the OECD, DAC-member countries provided $3.4 trillion in ODA between 1975 and 2013 (in constant 2012 prices), but as noted above, this was only equivalent 0.3% of GNI. If each donor had met the 0.7% target, then total ODA would have been much higher ($8.3 trillion). The difference is a measure of the aid arrears and amounts to some $5 trillion dollars. (Note: If we were to add interest and penalties, the total could rise much higher—perhaps double.)

The biggest aid arrears are owed by the United States ($2.1 trillion), with a further $1.3 trillion from the EU, $0.8 trillion from Japan and $0.6 trillion from other DAC countries, including Australia, which owes developing countries almost $120 billion. 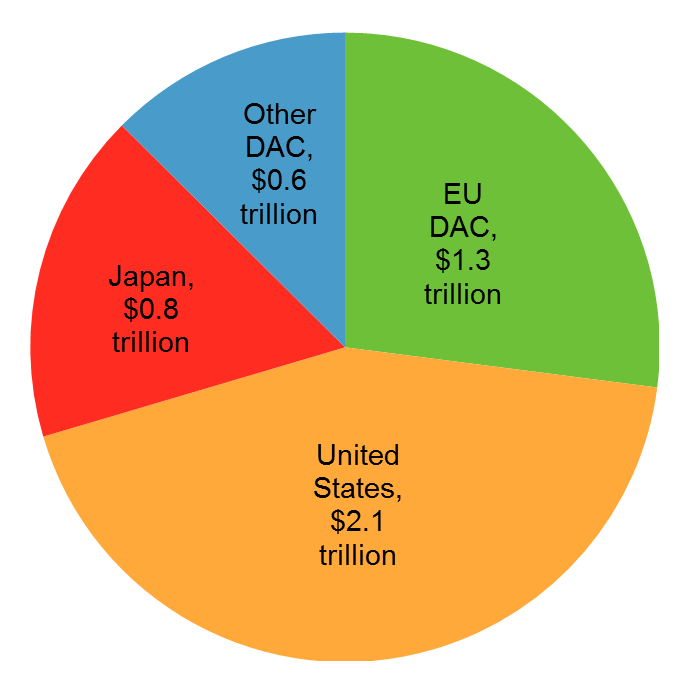 The total stock of arrears ($5 trillion) is equivalent to about 11% of the GNI of DAC-member countries, yet some countries owe much more than others (as illustrated in the chart below):

Given the scale of the aid arrears, and with many rich countries still reeling from the GFC and high public debt, many will find it impossible to pay up. 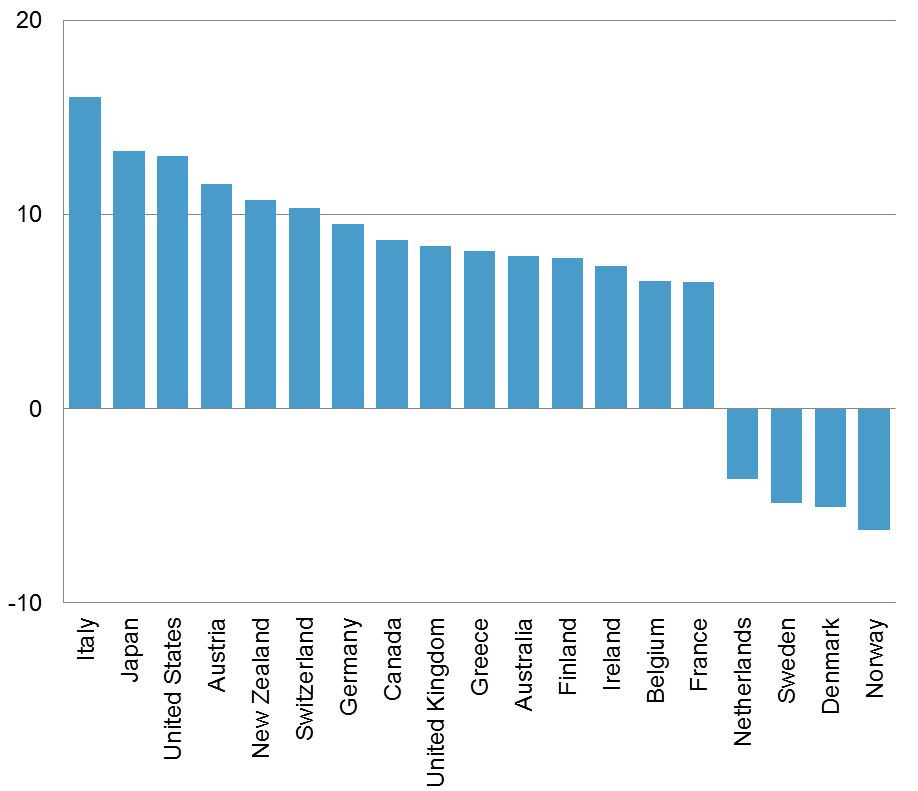 Source: OECD DAC Aid Statistics and author’s own calculations.
Note: Aid arrears are in 2012 constant prices, and GNI is for each member in 2012.

Yet how should poor countries deal with the debt and assist rich countries in restoring some level of moral creditworthiness?

Experts have proposed a kind of ‘reverse’ HIPC Initiative — a variation of an earlier donor initiative that wrote-off many poor country debts. Under the new proposed initiative:

Some critics might argue that after ‘completion point’, rich countries might go back to their bad old ways and start accumulating arrears of aid again, but for now lets assume that they will do the right thing.

Other critics might argue that this whole scheme is totally absurd and unrealistic. I agree. I cannot imagine why poor countries would forgive such a large debt, but rich countries can at least try to persuade them.

It is by no means clear that poor countries would accept the reverse HIPC proposal, but if such an offer were to be made, then rich countries would be foolish not to accept it.

Matthew Morris is an economist specialising in aid and development policy and has twenty years experience. He helped establish Devpolicy and served as its first Deputy Director.

Please note the date of publication for this post: April 1.